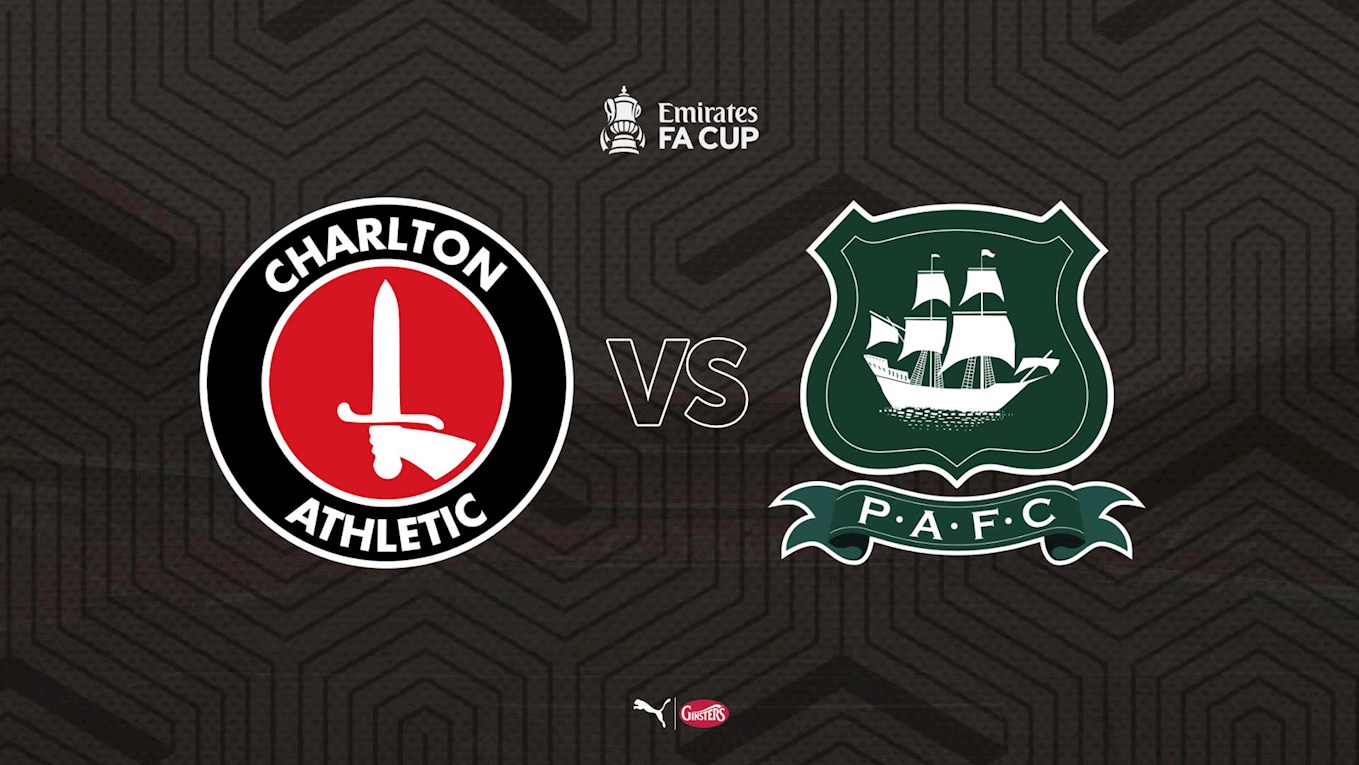 The Greens travel to the home of fellow Sky Bet League One side Charlton Athletic on Saturday looking to progress to the second round of the Emirates FA Cup for the fourth successive season.

The Pilgrims reached the second round of the competition last season, with Callum McFadzean’s early goal enough to see Ryan Lowe’s side past Bolton Wanderers at the University of Bolton Stadium, before the Greens narrowly lost out to Bristol Rovers in a second-round replay at Home Park.

The Pilgrims head to the capital in a rich vein of form, and, if ranked by league position and form, the Greens are one of the strongest sides in the first-round. However, in drawing Charlton, the Greens face another high-flying opposition, with Lee Bowyer’s Addicks currently lying third in League One, having won six league games on the spin.

Both clubs are coming into the fixture off the back of high-scoring midweek wins, with the Greens overcoming Swindon Town 4-2 at Home Park courtesy of a Luke Jephcott double – taking him to five goals from seven league appearances – as well as a Joe Edwards strike, and Conor Grant’s superb free-kick.

Meanwhile, Charlton’s leading marksman, Conor Washington, also brought himself to five goals for the campaign with a double in the Addicks’ 3-2 victory over Fleetwood Town, with Argyle Academy graduate Ben Purrington netting the South London side’s opener on four minutes.

Addicks boss Bowyer has intimated that he is likely to rotate his squad after a tumultuous few months, which includes a relegation from the Championship, as well as a takeover at board level by Danish businessman Thomas Sandgaard.

Creative midfielder Marcus Maddison is likely to feature for the Addicks after recovering from an ankle problem, but Alfie Doughty, Alex Gilbey, Deji Oshilaja and Norwich City loanee Akin Famewo are likely to be side-lined for the fixture.

For the Greens, manager Ryan Lowe has almost a full squad to select from, with only Lewis Macleod, on the comeback trail from a knee injury, and club captain Gary Sawyer unavailable for selection.

The two sides have met only once in the FA Cup before this season, back in January 1981, at Home Park. Both Division Three sides at the time, Argyle took the lead through David Kemp – scoring the Pilgrims’ 200thgoal in FA Cup competition, before second-half strikes from Colin Powell and Derek Hales eliminated Bobby Saxton’s Greens. Charlton would go on to defeat London rivals Fulham in the next round, before falling to 2-0 Ipswich Town a stage later.

Our last trip to the Valley occurred in Sky Bet League One in September 2018, when Graham Carey’s early header put the Greens a goal up, only for a Karlan Grant double, the second of which came two minutes from time, condemning the Pilgrims to defeat on the road, during a season in which Charlton earned promotion via the play-offs, and the Greens were relegated.

A reminder: Saturday’s fixture is available to stream live in the UK for £10. Unfortunately, due to international broadcast rights, we are unable to stream video of the game to overseas supporters, although audio match passes are available. Supporters are reminded not to attend the Valley in person. Click here to purchase your pass.