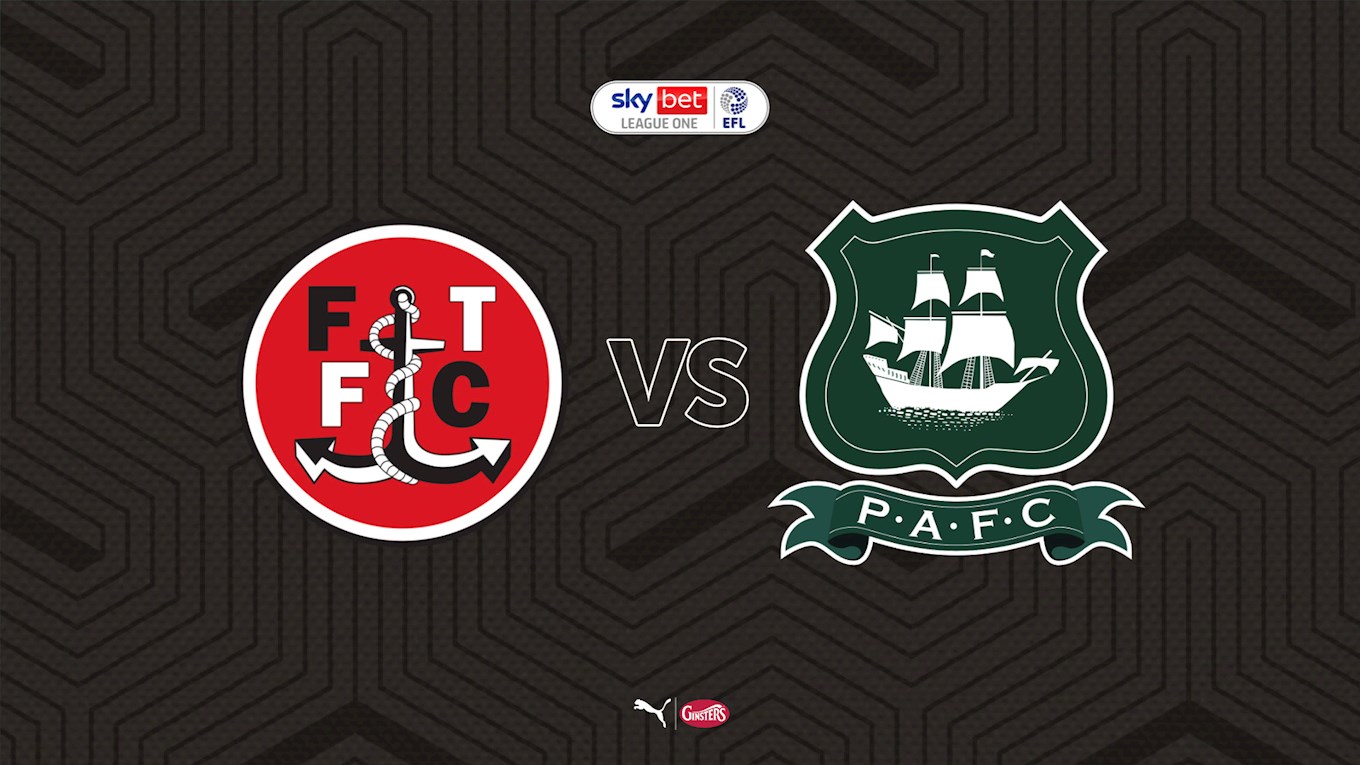 Ryan Lowe’s Pilgrims travel to Fleetwood Town on Saturday, separated from their opponents only by goal difference in the Sky Bet League One table.

The Greens have a game in hand over Joey Barton’s Cod Army, but have a slightly weaker goal difference, leaving them in ninth place on 19 points, just two shy of the play-off positions.

Argyle battled out a 2-2 draw with naval city rivals Portsmouth at Home Park on Monday night, in front of peak Sky Sports audience of 233,000 – and 125 international broadcasters – with Jerome Opoku’s late second-half equaliser earning the Pilgrims the least they deserved from a frenetic south coast clash.

The draw extends the Pilgrims’ unbeaten home run this season, and they will be hoping to follow-up their last result on the road, an impressive 1-0 victory over Charlton Athletic in the Emirates FA Cup, with a result at Highbury Stadium.

By the time kick-off rolls around on Saturday afternoon, Argyle will have gone a month without tasting league defeat – the last loss coming at Lincoln City back on 20 October. However, 19/20 play-off semi-finalists Fleetwood are in fine form themselves, having won four of their last five League One fixtures to place themselves on the shoulder of the play-off pack.

Last time out, Barton’s men secured an eye-catching 4-1 victory away at Bristol Rovers – a result which saw Gas manager Ben Garner relieved of his responsibilities at the Memorial Ground.

Evans has been in fine form and is tied at the top of the goalscoring charts for the Lancashire side so far this season, bagging seven goals in all competitions, including a double in Town’s 3-2 defeat at the Valley, and the winning goal in a 1-0 home victory over Shrewsbury Town. Tied at the top with Evans is Camps, who joined the club in the summer after a decade-long association with Rochdale – and has wasted no time in settling in.

Argyle welcome top goalscorer Luke Jephcott back into the fold after missing the Pompey clash through international duty. The Academy graduate started both of the Welsh under-21 side’s fixtures during the international period, a 3-0 win over Moldova, and a 2-1 defeat to Germany, in which he claimed an assist with a neat flick-on for Mark Harris’ goal.

Manager Ryan Lowe has plenty of options at his disposal up front, with Jephcott’s replacement, Frank Nouble, playing a crucial role in the Greens’ opener against Portsmouth, and substitute Dom Telford, on for the lively Ryan Hardie, also laying on Opoku’s late equaliser. Elsewhere, wing-back Byron Moore has returned to contention after missing the Pompey clash with a slight knee injury.

ARGYLE AWAY TO FLEETWOOD TOWN IN THE EFL

On a miserable afternoon for Carl Fletcher’s Greens, centre-half Darren Purse was sent-off with just eleven minutes remaining and the score 1-0 to the hosts.

A Curtis Nelson own-goal on 83 minutes, together with a 90th minute effort from Junior Brown, resulted in our worst ever defeat in this fixture.

Derek Adams’ Argyle had started the day in the top half of League One, just four points and two places behind tenth-placed Town, but two late goals for the Fishermen heralded the start of an eight-match sequence without a win – six of which were lost – as the Greens headed towards the dreaded drop.

John Sheridan’s Pilgrims made it back-to-back away wins in some style during this fixture. Reuben Reid, Luke Young, Maxime Blanchard and Conor Hourihane were our scorers against a Fleetwood side whose starting line-up included Antoni Sarcevic, Jamille Matt and Steven Schumacher.

The Lancastrians had the last laugh, however – winning that season’s play-offs three months later and gaining promotion to League One.

Most goals in a single game: Four (above)