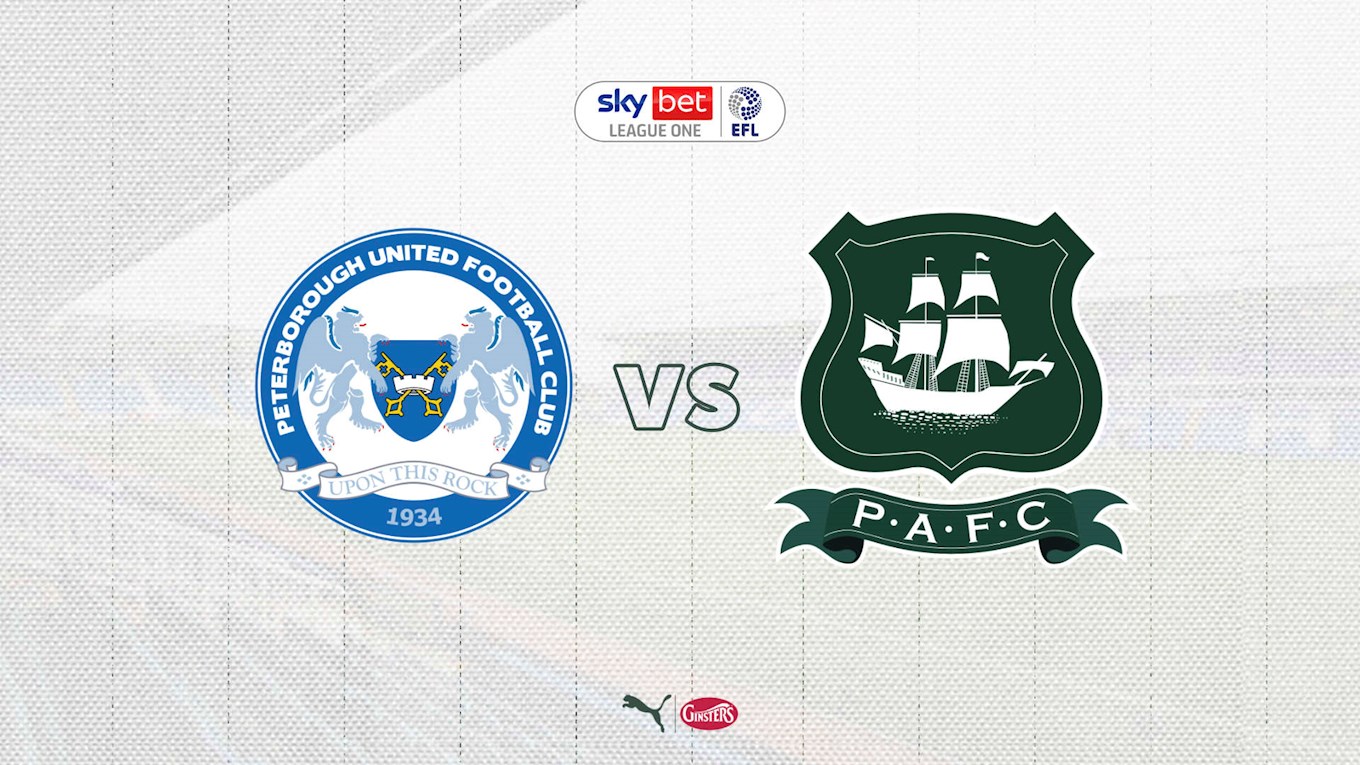 Argyle are back on the road on Tuesday, looking to bounce back after defeat at Fleetwood Town against high-flying Peterborough United at the Weston Homes Stadium.

The Greens fell to a rare heavy defeat to the Fishermen on the weekend, failing to recover from conceding two early goals against their play-off chasing rivals. However, the defeat was only their third in 12 games, and they remain firmly in the top half of the Sky Bet League One table heading into Tuesday night.

Their opposition, Darren Ferguson’s Posh, lie in second place in the league table, six points clear of Ryan Lowe’s Greens, having played one more game. Despite their strong start to the campaign, the hosts have endured a bit of a blip of late, losing their last two games – 2-1 at home to Blackpool at the weekend, and 2-0 at Crewe Alexandra the week before.

Frankie Kent’s 84th-minute equaliser for the Posh on Saturday looked as though it would be enough to secure a draw at London Road, only for Gary Madine to grab a last-minute winner to see Hull City replace them at the top of the table.

Before the defeat at the Alexandra Stadium, though, United had been on a run of eight successive league games without defeat, propelling them into the promotion places.

Despite losing leading striker Ivan Toney to Championship side Brentford in the summer, Posh are the third-highest scorers in the division so far (Argyle are fifth), with Jonson Clarke-Harris (six) and Siriki Dembele (five) leading the way for the promotion-chasers. Both were on target during a 2-1 victory away at promotion rivals Hull City – perhaps their most impressive win of the season so far.

Dembele has also chipped in with four assists this campaign to date, but Posh’s leading assist-maker, Joe Ward, will be missing on Tuesday night, having been substituted early in the defeat to Blackpool on the weekend. Ryan Broom, a summer signing from Cheltenham Town, is the likeliest candidate to replace him.

Ward is joined on the side-lines for the fixture by defender Nathan Thompson, and young forwards Ricky-Jones and Flynn Clarke.

Argyle will be without centre-back Niall Canavan, who serves a one-game ban for his sending off last time out, while Lewis Macleod and Gary Sawyer continue to recover from knee and ankle injuries, respectively. Aside from those injuries, manager Ryan Lowe has a fully fit squad at his disposal.

ARGYLE AWAY TO PETERBOROUGH UNITED IN THE EFL

Argyle went into their final match of the 1974-5 Division 3 season at the top of the table with promotion already ensured. Victory for Tony Waiters’ team over seventh placed Posh would have put them in pole position to win their first title since 1959. Unfortunately, it wasn’t to be – Peterborough’s Tommy Robson scored the only goal of this game. Blackburn Rovers ended up as champions, a single point ahead of second placed Argyle.

Portuguese forward Ruben Lameiras scored a late winner against 10-man posh in February 2019, as Derek Adams’ team made it five wins out of six in League One.

Paul Wotton gave Paul Sturrock’s team an early lead from the penalty spot, but Posh equalised with a penalty of their own before half-time. Andy Clarke looked to have won it for the hosts on 81 minutes, but Northern Ireland international Tony Capaldi rescued a point for Argyle with six minutes of normal time remaining.

The fixture kicks off at 7pm on Tuesday evening, and is available to watch live through iFollow Argyle. Match passes cost £10. Click here to buy yours.