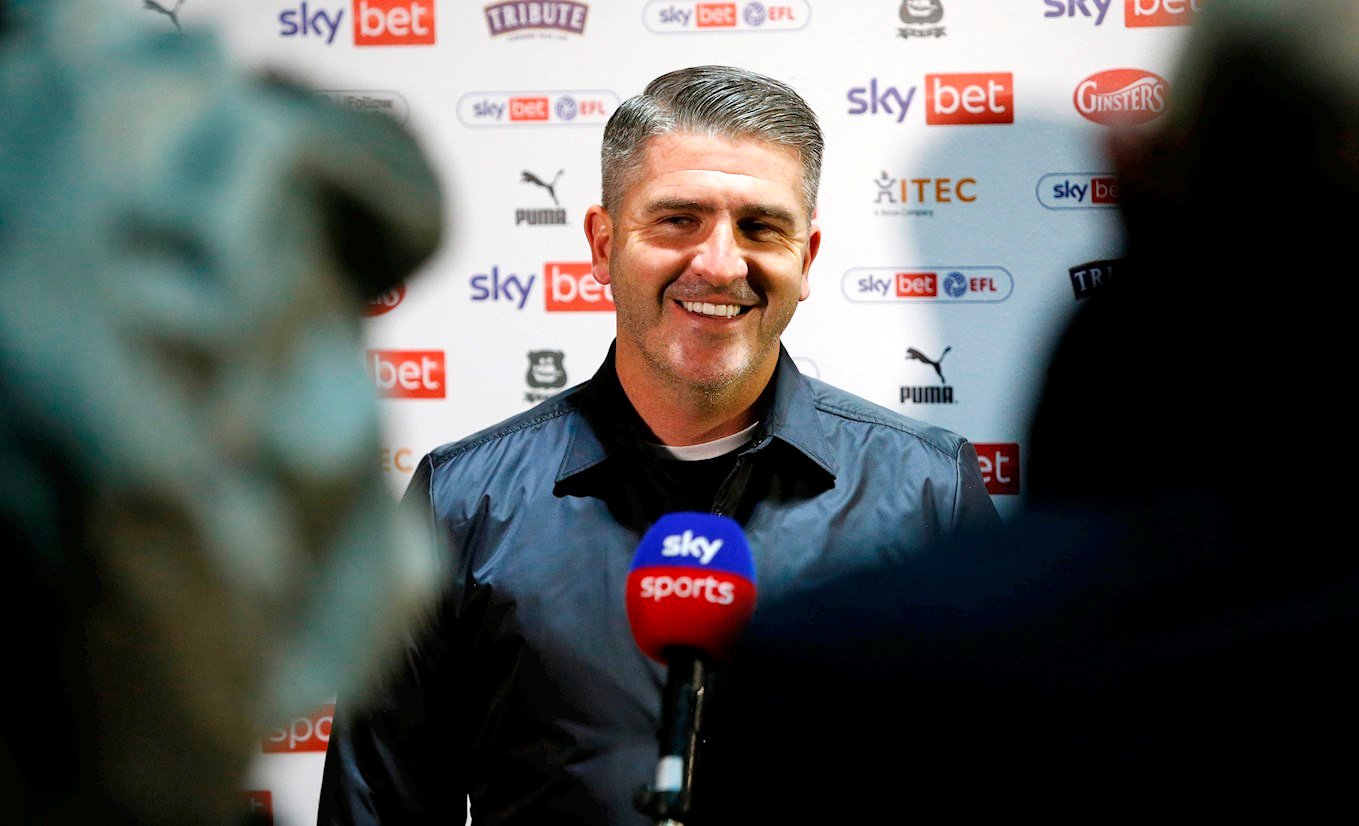 Argyle manager Ryan Lowe was disappointed to only come away with a solitary Sky Bet League One point after a pulsating 2-2 draw with Portsmouth at Home Park on Monday night.

The Greens dominated periods of the game, including the entirety of a first-half, and they want into the interval ahead thanks to Sean Raggett deflecting a Frank Nouble strike into his own net - before two goals in three crazy second-half minutes swayed the game into the visitors' favour.

With time running out for the Pilgrims to salvage a result, Jerome Opoku converted Dom Telford’s header for his first goal in professional football to extend the club's unbeaten home run in the league, which stretches back to New Year's Day.

Lowe said: “It was a good game, I thought we were excellent for large parts – but I was disappointed with the goals we conceded. I thought we were on the front foot, especially first-half, we were passing through the lines, creating chances, possession was in our favour.

The visitors made two changes at half-time in an attempt to stem the Green tide, but Argyle nearly doubled their lead on 51 minutes, with Ryan Hardie’s close-range effort blocked brilliantly on the line by Cameron Pring. It proved to be a crucial moment.

Lowe said: “I think if we put that chance away early doors in the second-half, it’s a different game, and we probably go on and see the game out.

“Fair play to Portsmouth, they were always going to come and try and press. We felt, overall, we were the better team. Is a point fair? Probably, maybe. But I wanted three.”

It is perhaps a mark of the Pilgrims' progress under Lowe that they would leave the pitch disappointed at drawing with a side possessing the experience and quality of Portsmouth.

He said: “It’s the expectations they’ve set now. They’re disappointed in there. But, again, I keep saying it, we are the new boys, and we are learning quite fast. The football, the patterns of play, the philosophy doesn’t change, we keep going on the front foot and creating plenty of chances like we did – and hopefully we win more than we lose, or draw.

“We don’t want anyone coming here thinking they can roll us over. You have to give them respect, they were solid and compact, and looking to get us on the counter. Kenny’s a shrewd manager, he’s been around a long time, and that, to me, is showing us respect.”

Although the Greens did not secure the win that Lowe felt they deserved, they certainly gave a good account of themselves in front of the Sky Sports cameras – and the Argyle manager was pleased that the country saw a glimpse of the project that his team are building at Home Park.

He said: “It was a case of showing people what we’re doing, and how we’re doing it. This football club is on the right track, and going in the right direction, on and off the pitch. We’ve showcased our philosophy and our style of play to millions of viewers.”