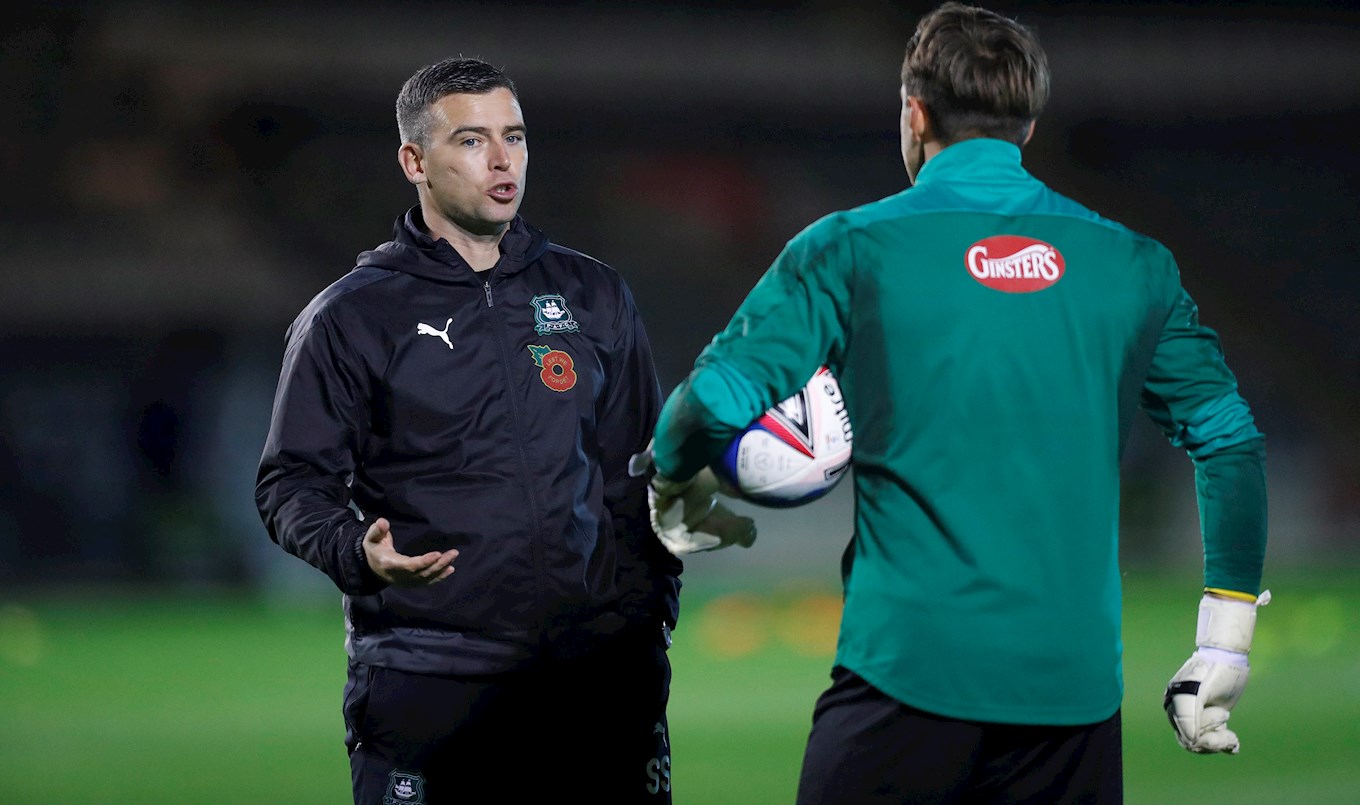 Argyle assistant manager Steven Schumacher was pleased to round off the Pilgrims’ Papa John’s Trophy campaign with a comfortable win over Newport County AFC at Home Park on Tuesday night.

The Greens eased to victory over their Sky Bet League Two opponents courtesy of Ben Reeves’ first goal in Argyle colours, before two second-half goals, both conjured up from the boots of George Cooper, secured a win in the final round-robin fixture.

Schumacher said: “That was the last thing that I said to the players before we went out – we’ve set standards at this football club, and we’ve got to stick at them every single game.

“We felt that the players went out there with the right attitude, they showed good energy, enthusiasm and effort, and a lot of quality. There’s competition for places – the lads who are out of the team at the moment are knocking on the door – it’s another positive.”

While the Greens entered the final group stage fixture knowing that they were already eliminated after defeats against Norwich City and Cheltenham Town, they were determined to give the clash with the Exiles their strongest effort, with focus on extending their winning run in all competitions.

With confidence high and the group in excellent form, the playing squad at Home Park have given Ryan Lowe and his coaching staff a selection headache ahead of Monday’s Sky televised fixture against Portsmouth.

Schumacher continued: “It is a shame that we’re out of the competition because, if you’ve got a fully-fit squad like we have at the moment, then it’s minutes for them in a competitive fixture, and opportunities to show the manager that they should be in the team.

"I felt that the performances throughout the competition have been quite good, we should have probably been ahead against Norwich, and, Cheltenham, we should have won that game. I am disappointed to be out of it, but it gives us the opportunity to focus on the league and the next round of the FA Cup.”

With the Pilgrims 3-0 up and coasting, three Academy scholars – Scott Crocker, Ethan Mitchell, and Finley Craske - were handed first-team debuts in the second-half.

Schumacher said: “Brilliant – delighted for them. That was the gaffer’s last point to the players – do the job properly.

“He said ‘I’m desperate to get the young lads on and get their debuts, because they deserve it – so it was fantastic to see them on, alongside Brandon, Lawsy, Luke McCormick playing his first game for a long time – it was a good night all-round.”

The victory rounded off an emotional day for those affiliated to the club, with the news of Argyle great Tony Waiters’ passing still fresh at Home Park.

The game was played with flags at half-mast at the Theatre of Greens, and Schumacher was quick to pay tribute after the game.

He said: “We just want to dedicate that win to Tony Waiters. We had some bad news last night and this morning, so our thoughts are with his family.

“Nance [first-team coach Kevin Nancekivell] explained a fair bit about him today – Nance is Argyle through and through, and he updated us on how forward-thinking and innovative he was, and he was 20 years ahead of his time – an Argyle legend, he’ll be sadly missed.”