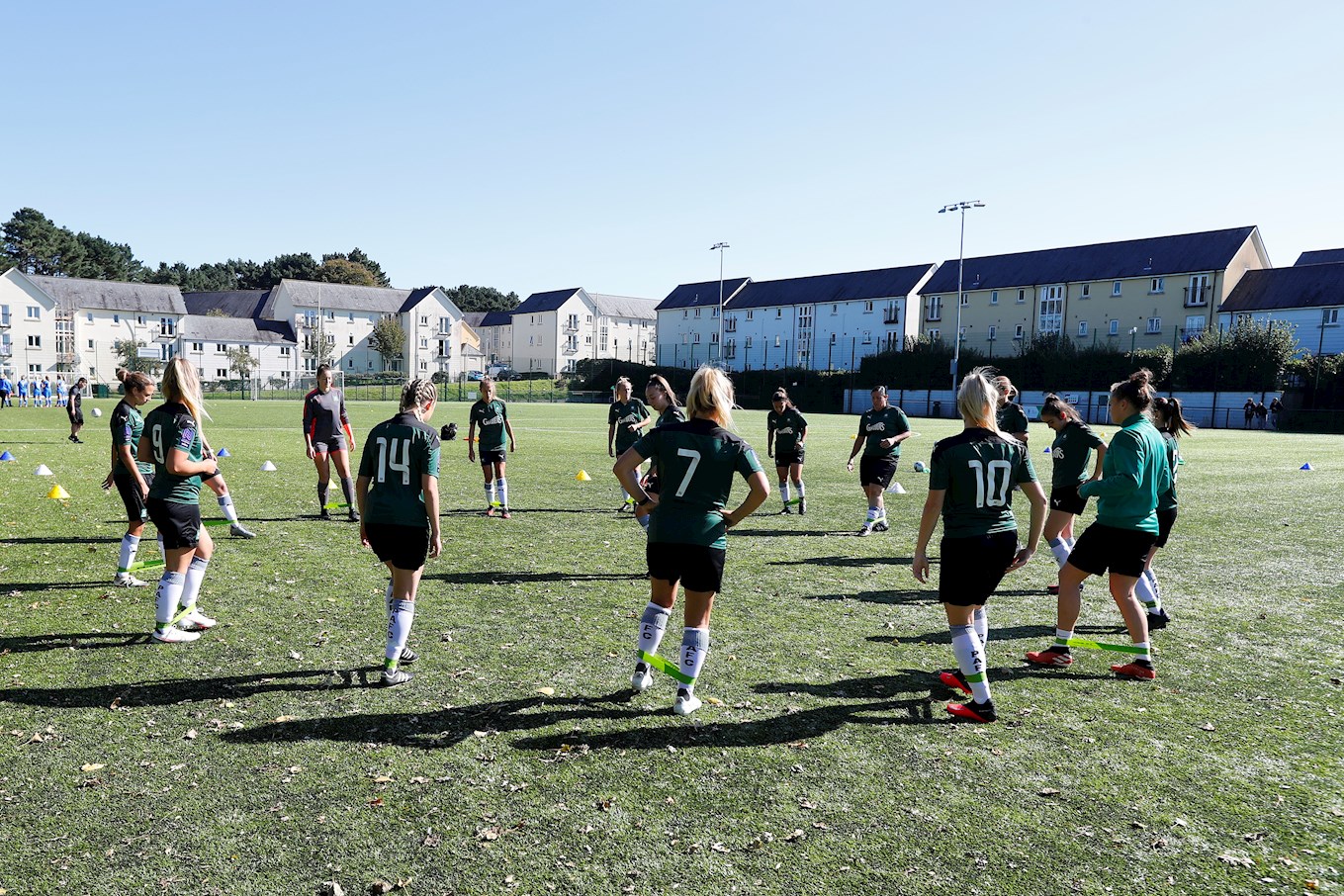 Manager Ryan Perks conceded his team were well below par in the 7-0 loss at Portsmouth in the FA Women’s National League Southern Premier Division.

The Pilgrims struggled to match Pompey and were punished by a powerful opponent, but positivity remains the theme inside the Argyle ranks.

“It was a poor performance and Portsmouth were far better on the day,” said Ryan. “In previous defeats, the scoreline has not reflected the game, but this one probably did.

“The girls aren’t used to travelling and they are a very young squad. We started the game quite well but we were caught by a ball over the top, and we didn’t stick to the game-plan, allowing ourselves to get out of shape.

“We changed things around in the second half and the performance did improve, creating a few good chances, but we weren’t clinical enough in front of goal.

“The mood was still upbeat on the way home and we have to maintain the positive environment. We always knew this would be a tough season in terms of results but we have a very young, enthusiastic side.

“Our aim is to try and stay in the league, and we believe the players are capable of achieving that. Consistency is difficult for a young group but there is no lack of effort from the players and coaching team.

“The vibe around the camp remains positive and we will take that into the home game with MK Dons on the weekend. It would also be great to see some of the Green Army come to watch at Manadon on Sunday – kick-off 2pm.”