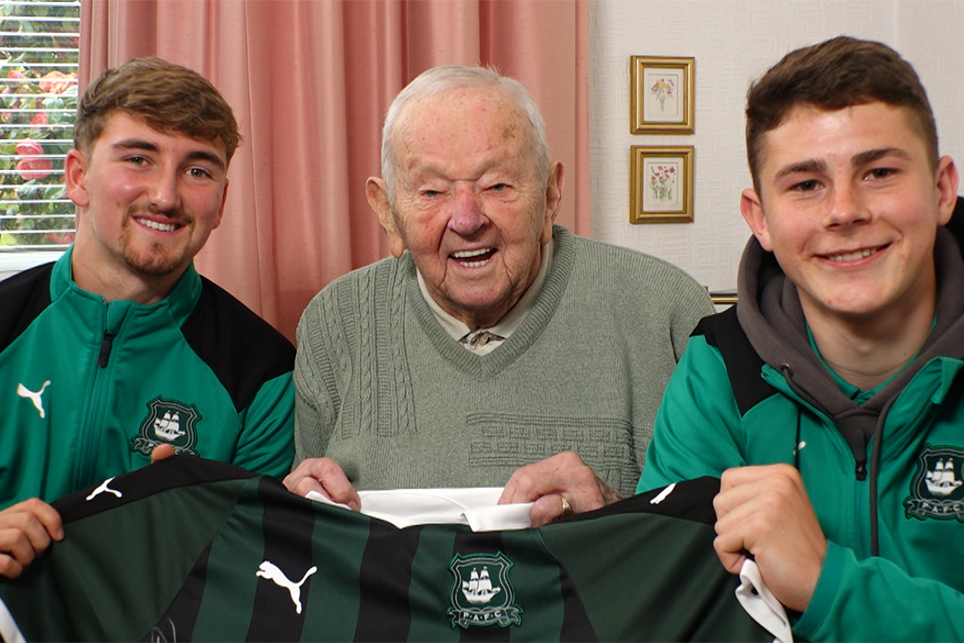 Plymouth Argyle is deeply saddened to hear of the passing of former winger Gordon Astall, aged 93.

Hailing from the Bolton area, and having spent his formative years in the Royal Marines, Astall eventually secured his first professional contract at Argyle after being spotted playing for the Marines in a game at his nearby base in Bickleigh.

Astall, nicknamed both ‘flash’ for his lightning pace, and ‘cannonball’ for the power of his shooting, made 194 appearances for the Pilgrims, scoring 43 goals. During his stay at Home Park, Gordon won promotion from Division Three South, earning an England ‘B’ cap for efforts.

Gordon left Home Park in 1953, to join Birmingham City, where he earned two full international caps and played in an FA Cup final before joining Torquay United at the end of his career.

Astall’s legacy at Home Park continued long after his retirement. Last year, Argyle Academy prospects Aaron Goulty and Adam Randell visited Gordon at his home as a part of a Premier League initiative, which marked the role played by footballers in the Second World War.

Our thoughts are with Gordon’s family and friends at this difficult time.