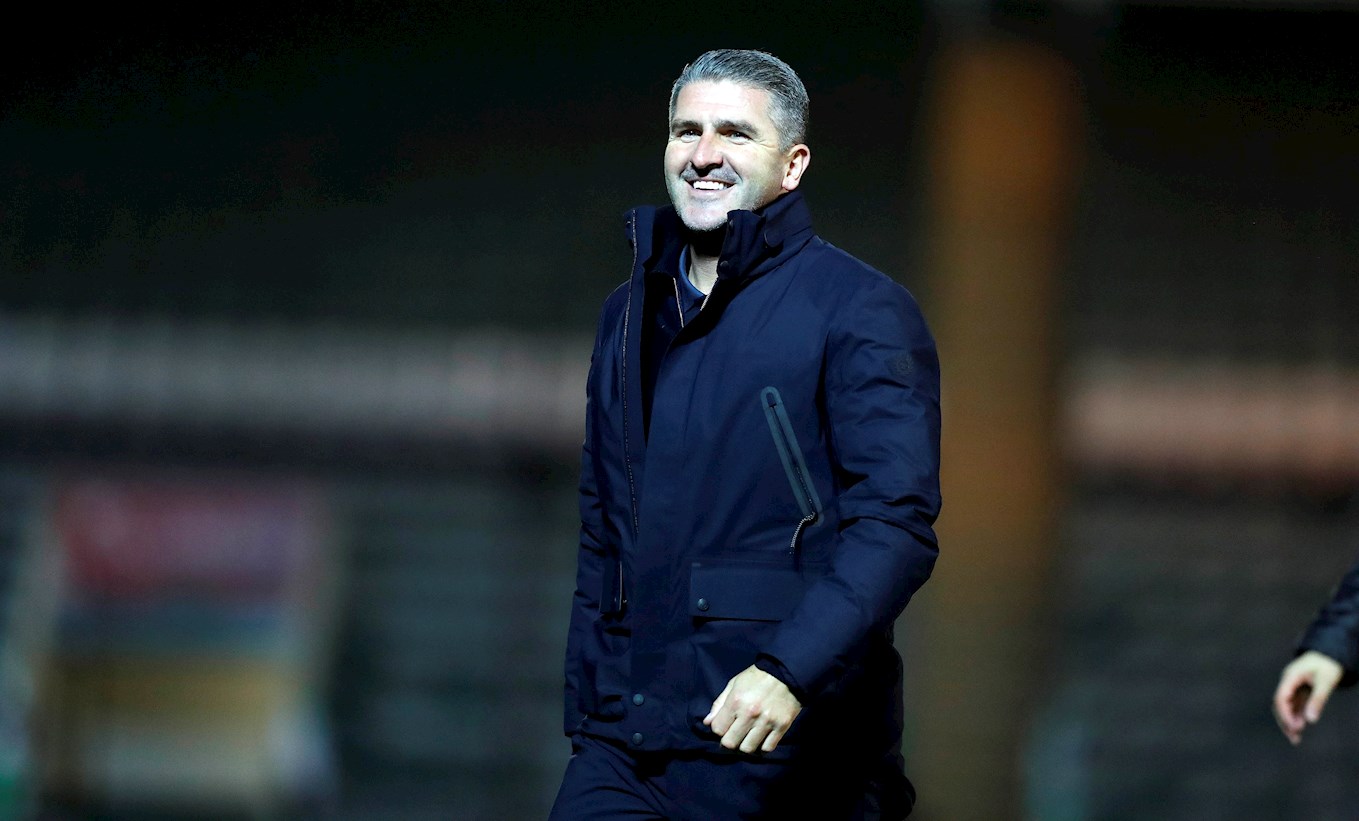 Argyle manager Ryan Lowe was delighted that his side evidenced a “ruthless” edge during their 2-1 Sky Bet League One victory over Doncaster Rovers on Tuesday night.

Having dominated for long periods of the game at Wigan Athletic on Saturday, Lowe urged his players to be more clinical in the final third – and the team stepped up to take the all three points against play-off chasing opposition.

He said: “Excellent. We challenged them on the weekend to be a bit more ruthless, resolute, strong and powerful, and they were all that.

“We had a meeting with the lads yesterday [Monday], and we just put a few things to them. The lads were disappointed, not in the performance from Saturday, but in themselves for not being ruthless. They certainly showed that tonight. I’m pleased because we felt we should have had three points on Saturday.”

Argyle were particularly dominant in the first-half, and took a deserved lead when Danny Mayor went on a signature run which left Rovers’ wide-man Jon Taylor in his wake, before laying off to Luke Jephcott to apply the finish.

The Greens doubled their lead in the second period, from another attack down the left, where Byron Moore laid a measured ball to the back post for fellow wing-back Joe Edwards to slot coolly home.

Rovers reduced the arrears shortly afterwards through Fejiri Okenabirhie, but the Pilgrims showed plenty of character and determination to see the game out and collect three precious points.

Speaking on the mentality of his playing group, Lowe said: “They’re winners, they’re not going to lie down. We’ve been in games like that, we knew Doncaster were never going to lie down, they were going to give it a good go, and they certainly did that.”

“Give Doncaster a bit of credit, they are a footballing team, they came here and played football, which is always nice. I just said to the boys there, ‘if anyone wants to come and play football, and wants a battle at our own ground, we’re on’.

“Whether it’s a football fight, or a tough aggressive fight in terms of being resolute. The game brought everything today, there was a lot of football from us, but we know how to mix it up.

The win lifts Argyle to eighth place in the League One table after their opening nine fixtures, within one point of the play-offs. While the Pilgrims’ manager is satisfied with the start to life back in the third tier, he expects continued improvement.

The Pilgrims will now experience a rare weekend without football, with Saturday’s trip to Accrington Stanley called off early on Tuesday.

Lowe said: “We’re in a nice position, disappointed we haven’t got another game Saturday, because we want to kick on again, but we’ll get some rest and recovery into the boys now, and we can go again and look to Swindon.”

The Pilgrims will now experience a rare weekend without football, with Saturday’s trip to Accrington Stanley called off early on Tuesday. It will remain business as usual according to Lowe, though, as the Greens set their sights on maintaining their form into the month of November.

“We’ll still work it right, finish the week off as we normally would. We’ll be off tomorrow, in Thursday, Friday, give the lads Saturday off, and then a two-day build-up to Swindon.

“There will be one or two of them who will need an extra day, and we’ll give them that, we had Conor [Grant] tonight, and I think we’ve got Naz [Niall Canavan], Scotty [Wootton] and hopefully George [Cooper] back for the weekend, so we’ll put a bit of work into them for the availability on Tuesday.”