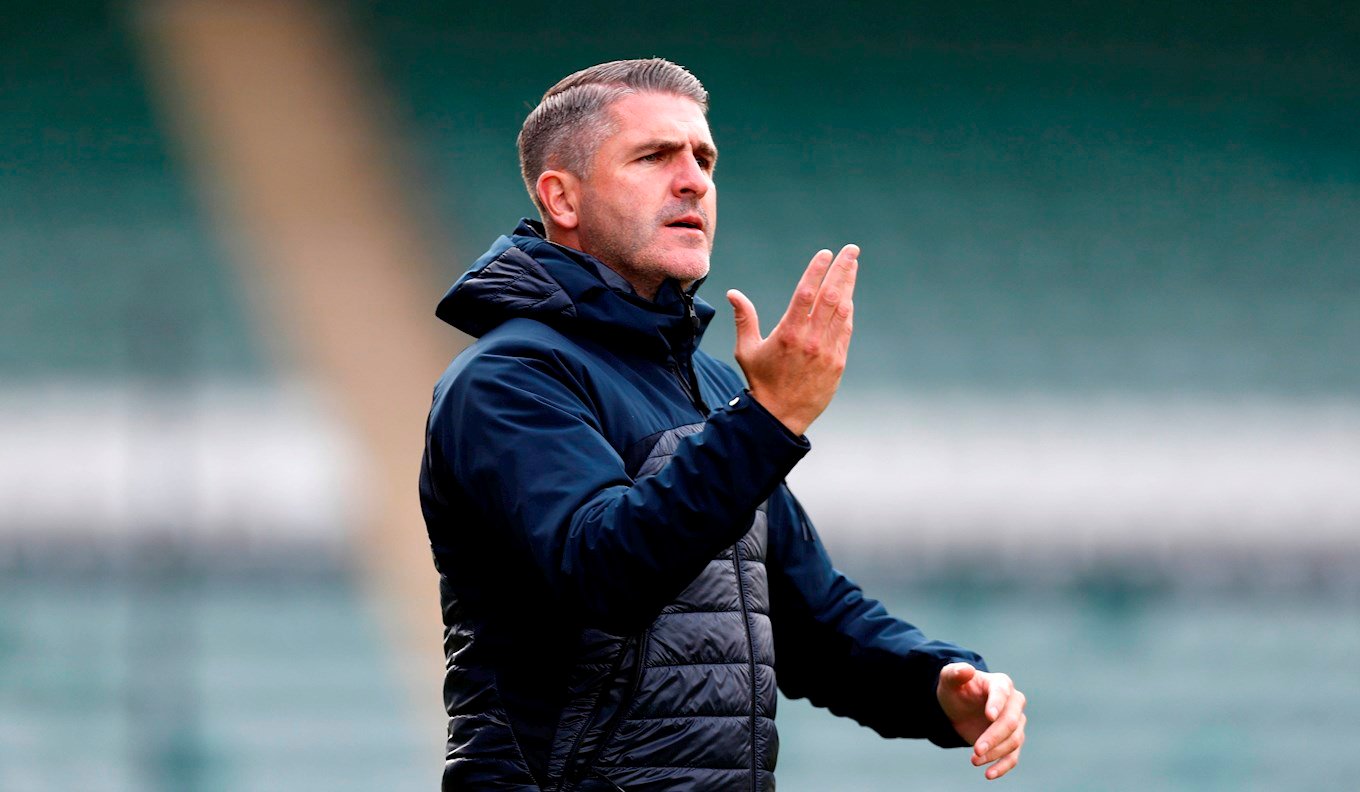 Argyle manager Ryan Lowe felt he enjoyed a “perfect Saturday afternoon” at Home Park this weekend, with the Pilgrims securing a 2-0 Sky Bet League One victory over Burton Albion.

He said: “I just said to my coaching staff, a big well done. We put out a game plan for the lads, we’ve worked with them.

“We knew we had to keep the back door shut and find a resolution to that [conceding goals], and they’ve executed. The defenders were different class today, Mike [Cooper], another clean sheet, and getting goals at the other end of the pitch. Clean sheet, two goals, three points, it’s a perfect Saturday afternoon.”

The Greens responded magnificently to a narrow defeat, their first of the league campaign, at Hull City last weekend, to run out comfortable victors over the Brewers, propelling them to eighth place in an emerging league table.

Lowe said: “When you get three points at home, I’m always delighted. The lads were disappointed from last week at Hull, when we didn’t get anything out of the game.

“We knew we had to be patient at times, we had to open Burton Albion up. Credit to our lads, they wanted to go out and perform today, put on a performance, and they certainly did that.”

Returning striker Luke Jephcott opened the scoring midway through the first-half, firing home from the edge of the area after a neat one-two with in-form midfielder Conor Grant, before wing-back Byron Moore secured the points shortly after half-time.

Speaking of managing the young Welsh striker’s return after a thigh injury, Lowe said: “We knew Jephs was going to be right, we kept him for this game, we took him off towards the end to protect him.

“He’s a fox in the box, when the ball comes in he’s alive, he gets shots away. That’s Jephs, he’s an honest kid, he’s a goalscorer, and he looks to provide also.”

Having earned promotion from Sky Bet League Two last season, Lowe’s side have taken to life at a higher level remarkably well, securing two wins and two draws from their opening five fixtures.

“It is a solid start. We won’t get carried away, we’ll keep doing the work, we’ll keep respecting the league because we have to,” Lowe said. “Northampton next week will be a different style, it’ll be a tough game for us that we have to set a game plan out to do the same.”

Both of the Greens’ League One victories have occurred on home soil this season, and the Pilgrims have now gone ten league fixtures unbeaten at Home Park, a run which stretches back to a New Year’s Day defeat to eventual League Two champions, Swindon Town.

Next up for the Greens, on Saturday, is another home tie against Northampton Town. While morale in the camp is high after an excellent start to the campaign, Lowe is clear that his team need to pace themselves, with a congested fixture period coming up.

He said: “We have to make sure that we recover the lads properly. It’s important that we get the rest and recovery in the boys as well, because the games are coming thick and fast.

“We have got the squad, we feel we can cope. We have got to make sure that everyone is right, and fit and ready.”