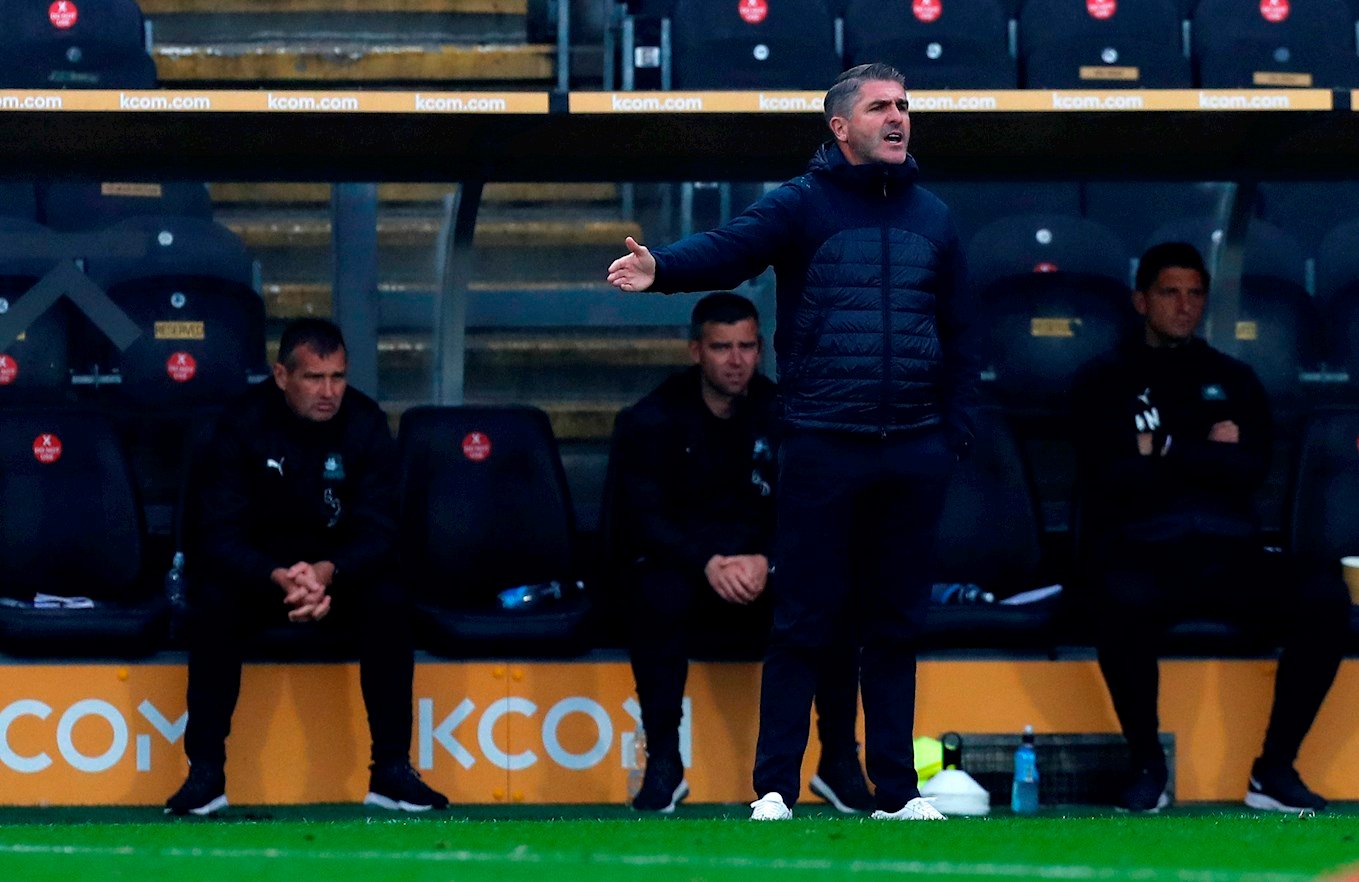 Argyle manager Ryan Lowe feels that his side were unfortunate to come away from the KCOM Stadium empty handed on Saturday afternoon.

The Greens fell to a narrow 1-0 defeat at the hands of recently relegated Hull City, who extended their perfect start to the Sky Bet League One season with the victory.

Lowe said: “I’m a proud manager, but a disappointed manager.

“I thought the lads were excellent, in the way that they played, the way they applied themselves. Coming to Hull, it’s going to be a tough place to come, they’re a good team, you’ve seen that."

The Pilgrims fell behind to an early Hakeeb Adelakun strike, before dominating periods of the second term against a side who are yet to concede a goal in the league this season. By the time the final whistle blew, the hosts were sitting deep to protect that record, with Argyle pouring forward.

Lowe continued: “They had their attitude of ‘never say never’, and that’s what pleases me the most. I can accept a lack of quality in certain areas, that’s just the level we’re at, but I thought the lads certainly deserved a point. To go toe-to-toe with a good side in Hull, who have just been relegated from the Championship, shows our intentions, and shows where we’ve come.”

The Greens grew and grew into the game after a disappointing start, in which Adelakun connected with Keane Lewis-Potter’s left-wing cross to score the eventual winner. Despite peppering the Tigers’ box with crosses and shots as the match wore on, the City defence held stubbornly firm.

Lowe said: “You can see teams that will come here and concede a goal in the first 10 minutes, and they’ll just drop their heads and it could be three, four, five. Our lads are never going to do that under me. We need to respect the football club and what we’re about.

“We had so many passages of play, and so many penalty box entries, we just didn’t have that final bit. They put bodies on the line, it shows why they haven’t conceded any goals.”

While the team’s character and desire was once again evident in East Yorkshire on Saturday, Lowe is keen to see the team kick on now, and convert this level of performance into precious Sky Bet League One points.

“It’s tough isn’t it, because I’m disappointed that we didn’t get anything out of the game, but I’m happy and pleased with the performance.

“We’ll always have that desire and commitment as long as I’m here – I’ll drum it into them. To be fair to every single one of them in there, they’re gutted, disappointed, but they know if they keep performing like that, they’ll pick more points up.

“I have said, we’re the new boys in the league, we’re going to come up against it, we just need to find that little clinical edge – and once that comes, we’ll be fine.”