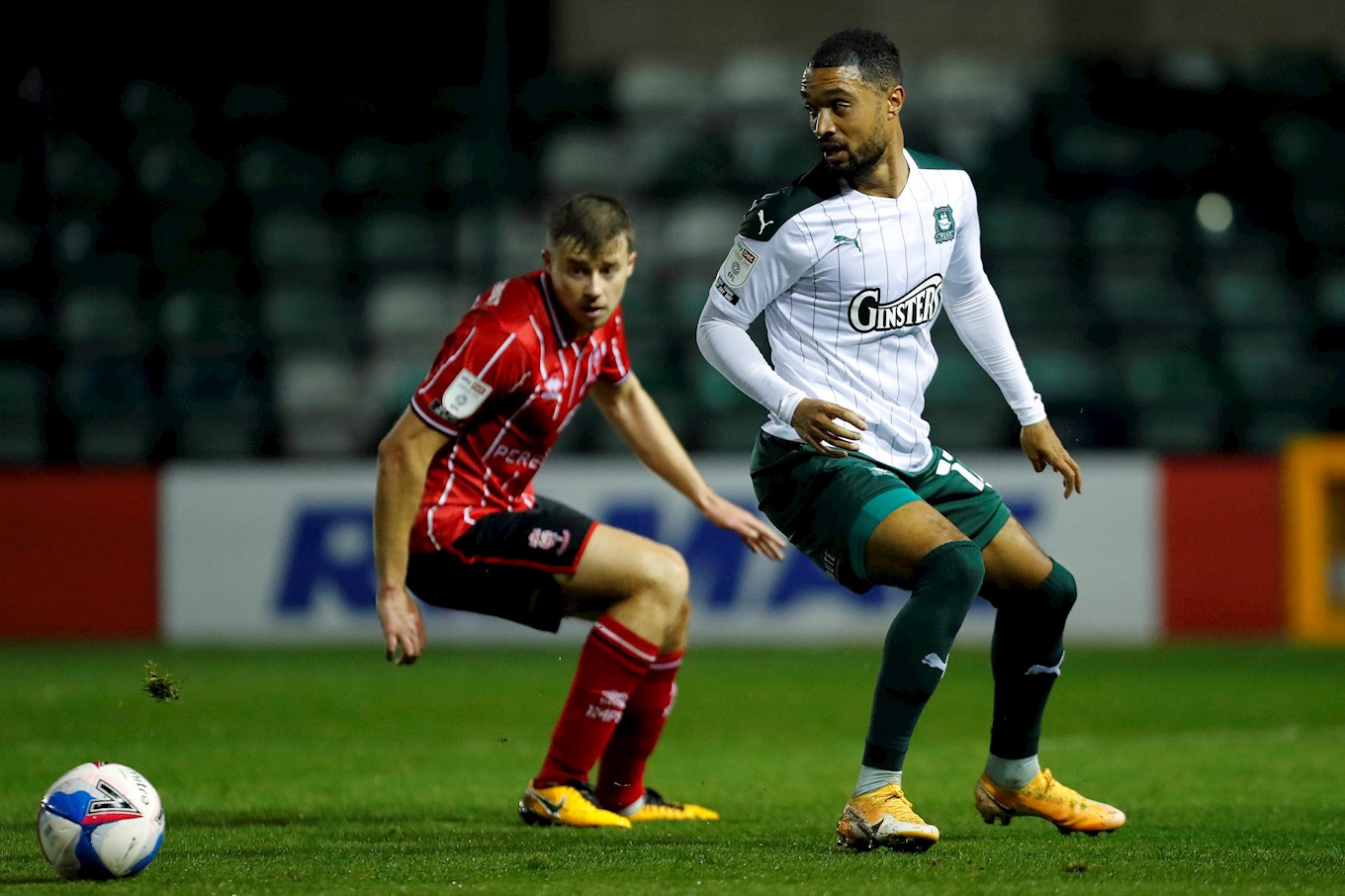 Argyle slipped to just their second defeat of the Sky Bey League One campaign, going down to a dubious penalty decision and a clever finish at Lincoln City.

The Greens were excellent in the first period, more than matching the in-form hosts, and probably did enough to have snatched a slender lead at the interval.

The second half started in the worst possible fashion, however, as the Imps were awarded a very tame spot-kick and Jorge Grant converted. Lincoln then sealed the points via a Brennan Johnson header on 72 minutes.

Argyle boss Ryan Lowe made a three changes from the side that defeated Northampton 2-1 on the weekend, starting with Niall Canavan replaced by Jerome Opoku in defence and Danny Mayor handed the captain’s armband.

Panutche Camara came into the centre of midfield for Conor Grant, who limped off at half-time on Saturday, and there was a first start in attack for Timmy Abraham, with Luke Jephcott dropping down to a bench that also included the Ryans of Hardie and Law.

Lincoln manager Michael Appleton made two changes from the goalless draw at Fleetwood, withdrawing Tayo Edun and Harry Anderson for Sean Roughan and Conor McGrandles. Former Pilgrim custodian Alex Palmer was between the sticks for the Imps, as he settles into a new loan stint from West Brom.

A major threat from set-piece situations, with centre-back Lewis Montsma already notching six goals, the Imps won a soft free-kick in the second minute but the Pilgrim defence dealt with the Grant delivery superbly.

The heavens got involved moments later, unloading a brief Lincolnshire monsoon as the hosts broke through with a powerful run and shot from Johnson that forced an excellent low save down to his right from Mike Cooper.

Argyle responded with a quick break down the left involving Abraham and George Cooper, who shifted the ball inside to Mayor for a jink and shot from 20 yards that was held by Palmer.

A thrilling start continued with a long ball sprayed to the left for Grant to cut inside and fire just beyond Cooper’s far post. The Greens then defended solidly to repel successive corners from the Imps.

Mayor was finding holes in the area between midfield and attack, picking out a terrific threaded pass for Abraham, and the man on loan from Fulham very nearly got the ball under his spell before Montsma snuffed out the danger.

The frenetic opening also saw three bookings in the opening quarter and the third dished out to Lincoln defender Joe Walsh presented Cooper with a chance to whip in a free-kick that found the run of Will Aimson, who was a fraction offside before his header was expertly saved by Palmer.

Argyle’s slick passing game was beginning to take control of the evening and a brace of corners from Cooper forced Palmer into some familiar glovework in punching the ball to safety.

The Greens were winning the midfield battle and the platform laid by Camara and Tyrese Fornah gave the attacking instincts of Mayor and Cooper license to set their traditional conundrum for an opposing defence.

A rare direct option from Opoku lofting the ball toward the head of Abraham conjured the next chance, as he cushioned the ball into the path of Frank Nouble for a low drive that proved comfortable for Palmer.

Lincoln came back with clever play from Grant on 43 minutes, nutmegging room for a driven cross from a tight angle that whistled just past the outstretched boot of Tom Hopper on the six-yard line.

Argyle ended the half with the dancing feet of Mayor earning another corner for the Greens but Palmer was again decisive in coming off his line to clear.

The Imps started the second period with a break from Johnson inside the right channel and his rifled shot was brilliantly saved by Cooper, with the dangerous winger under heavy pressure from Camara.

Lincoln then rattled the post through Hopper and when the rebound fell to Johnson, Camara was punished for a nudge on the home forward. It was a very soft penalty decision but referee Christopher Pollard ignored the Pilgrim protests.

Grant was handed responsibility for the spot-kick and, despite Cooper diving the right way, it was a well-taken penalty slotted into the bottom corner.

Argyle needed to regroup and find some of the fluency that had stretched Lincoln so successfully in the first period, although the immediate priority was to navigate their way through a decent spell of home pressure.

Tenacious work from Camara in the engine room proved a catalyst for a change in momentum and manager Lowe decided the time was right to freshen his attacking options, introducing Jephcott and Hardie for Nouble and Abraham, while Anderson replaced McGrandles for Lincoln.

The new men quickly made an impact, winning the ball on the right through Jephcott and then Hardie bustled his way into space for a pass to Cooper, who immediately squared the ball to Byron Moore but his shot was charged down by Roughan.

Unfortunately for Argyle, a second Lincoln goal arrived moments later, as a cross was deflected into the centre of the penalty area for Johnson to nod an astute header on the bounce into the bottom corner.

Ben Reeves came on for Camara to give the Pilgrims a different option in midfield and Argyle began to build some rhythm with a neat passing routine that culminated in a whipped cross from Mayor just a fraction too high for Hardie. Lincoln came back with a low effort from Anderson saved well by Cooper.

A lovely move involving Reeves and Mayor created space for Jephcott in the left channel but his shot found the side-netting in the game's final chance, and Argyle must now quickly turn their attention to Wigan Athletic on Saturday.