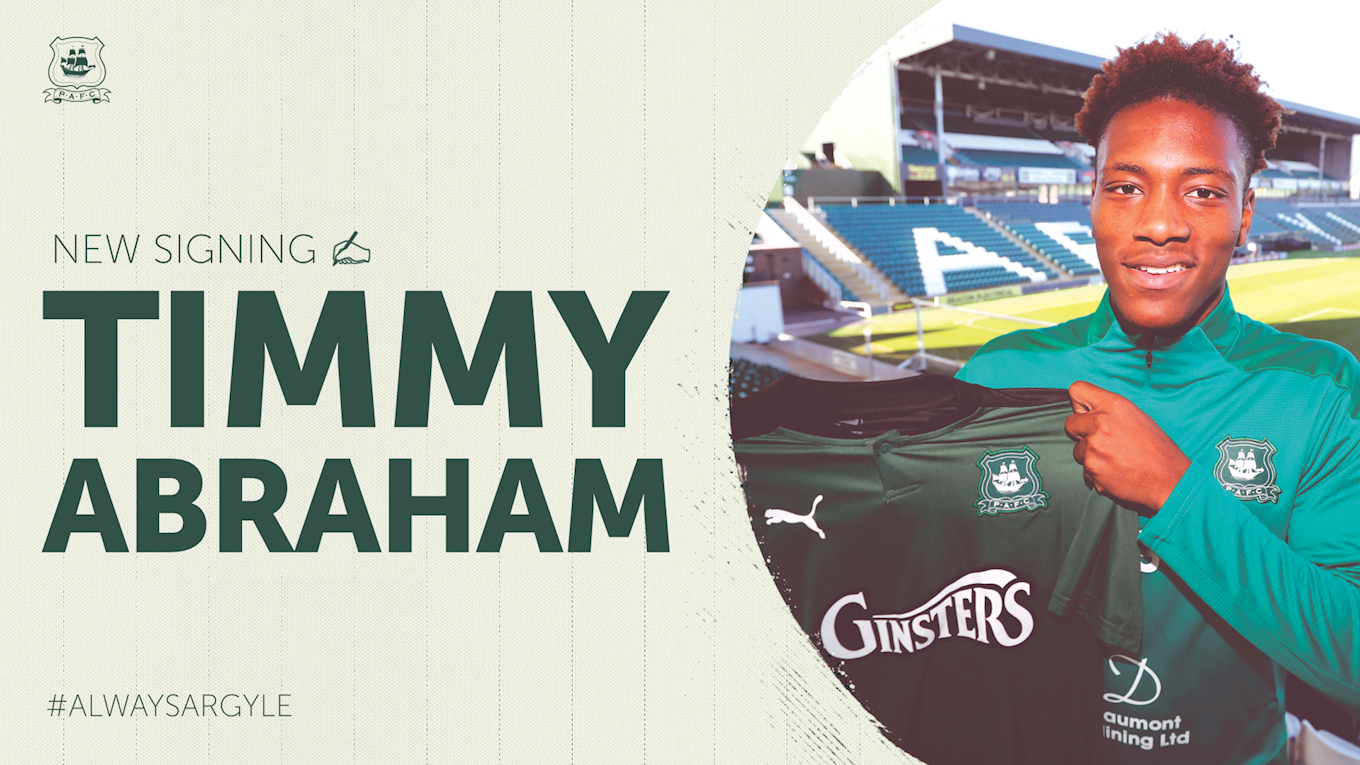 The young striker, 19, joins Ryan Lowe’s Pilgrims from the Premier League side until January.

Abraham, the younger brother of Chelsea and England striker Tammy, began his career in the Academy at Charlton Athletic, before joining the Craven Cottage outfit in 2017.

Timmy has been a regular in Fulham’s under-23 set-up, alongside fellow Argyle loanee Jerome Opoku, who joined the Pilgrims last month.

The London-born striker netted twice in two appearances in the EFL Trophy last season, as well as scoring against Argyle in Fulham’s 2-0 victory over the Pilgrims in the Premier League Cup in November 2019.

In January 2020, Timmy joined Sky Bet League One side Bristol Rovers, making four appearances before the season was curtailed due to the coronavirus.

Abraham will wear the no.29 shirt during the Pilgrims’ 20/21 Sky Bet League One campaign.

Abraham’s home and away shirts for the upcoming campaign are available for sponsorship.