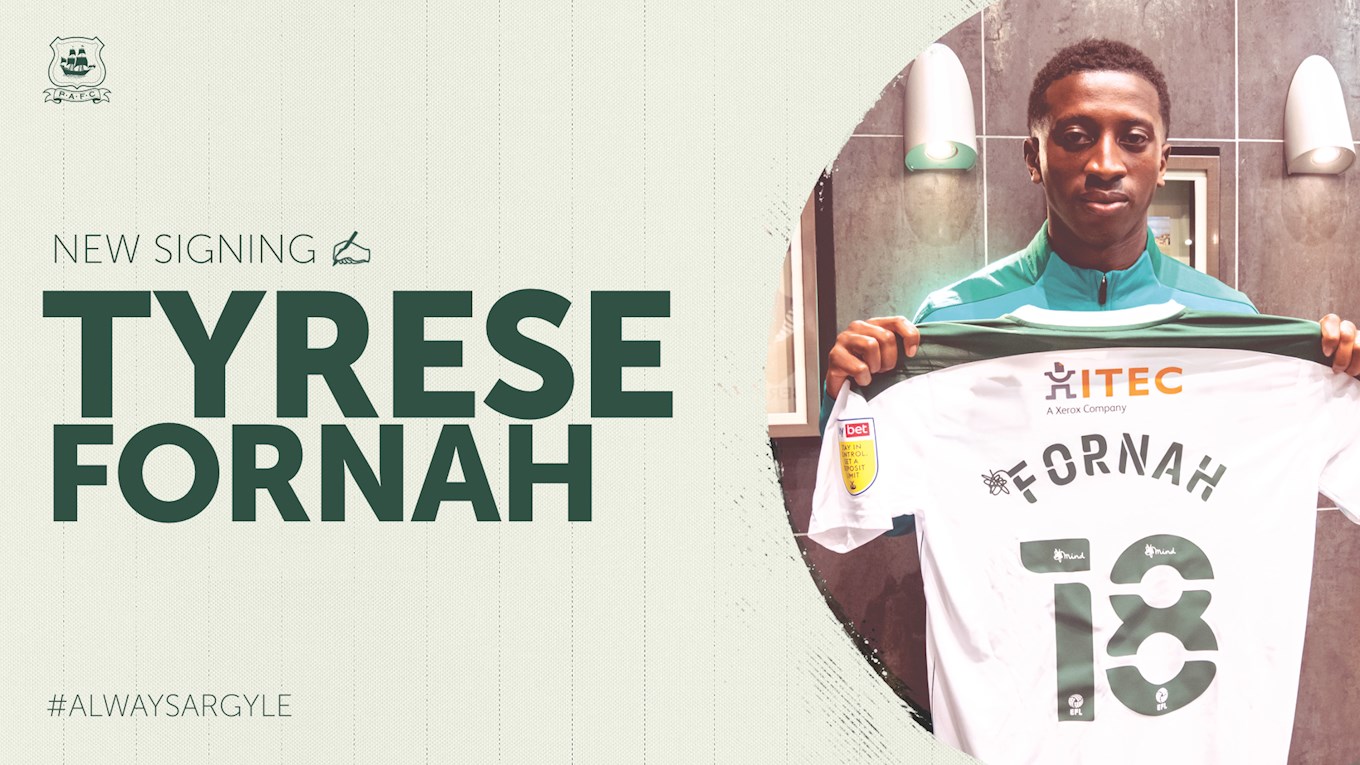 The 21-year-old has been with Forest since 2018, having joined the club after leaving the Brighton & Hove Albion Academy as a teenager.

A combative and energetic player who can play deep or further forward in midfield, Fornah impressed the hierarchy at Forest with a number of excellent displays for the Reds’ under-23 side, which led to a long-term contract extension in December 2019.

A month later, Tyrese made his competitive debut off the bench during Forest’s 2-0 FA Cup third round defeat to Premier League Chelsea at Stamford Bridge.

In February, the Canning Town-born midfielder moved on-loan to Casa Pia AC, in the Portuguese second division, for the remainder of the 19/20 season, making five appearances.

Tyrese will wear squad no.18 during the Pilgrims’ 20/21 Sky Bet League One campaign.

Tyrese’s home and away shirts for the upcoming campaign are available for sponsorship.