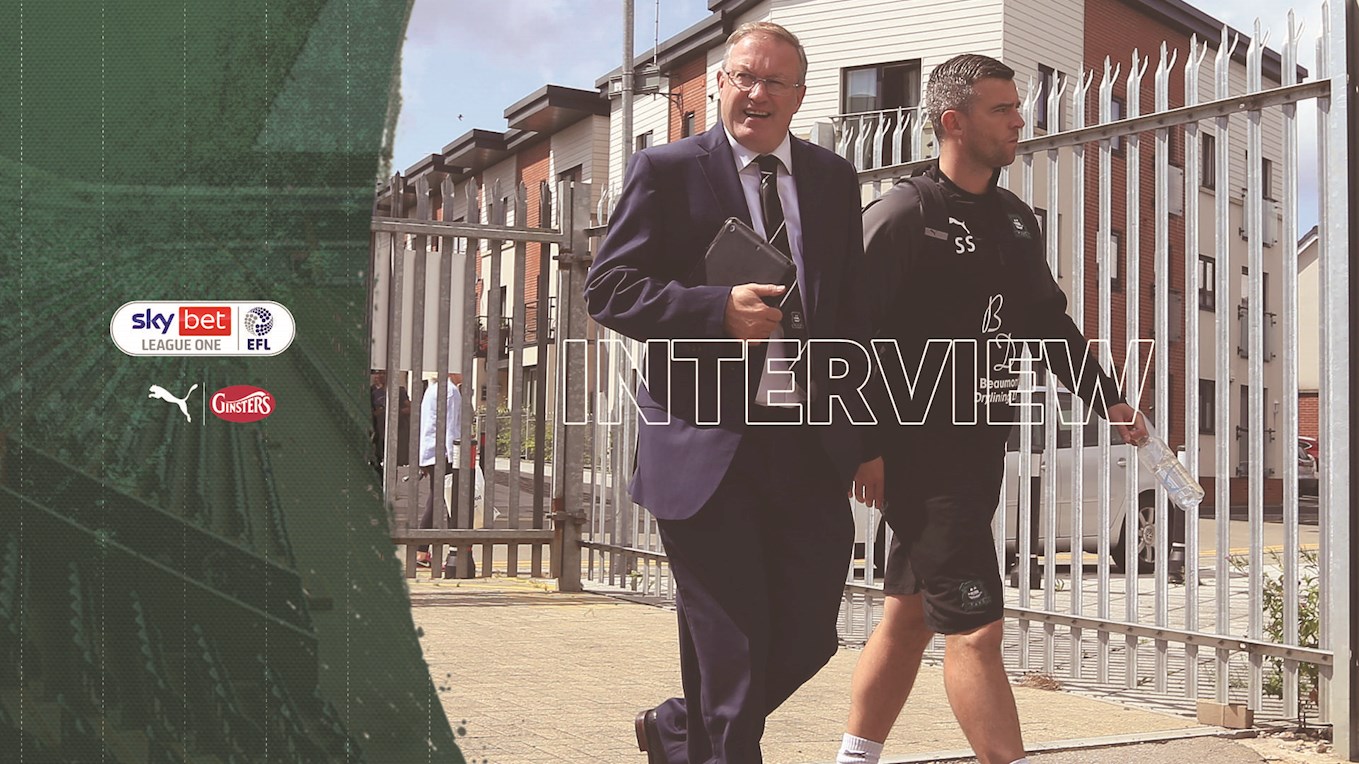 Dewsnip, whose CV includes a spell as England’s under-18 head coach, as well as a near two-decade association with Everton’s Academy, was appointed in the role in November 2019, tasked with providing support to the first-team staff, as well as developing an overarching footballing philosophy and strategy at Home Park.

While first-team success during this period has been well-documented, with Ryan Lowe and his coaching team leading the Pilgrims to an impressive promotion at the first time of asking, significant progress has also been made in outlining the Pilgrims’ long-term Academy vision.

Dewsnip said: “The Academy, like the first-team of course, is just one part of the whole football strategy that we created last year – which has been operating since last November, December time. We’ve given the Academy manager, Phil Stokes, and his staff, clear aims that fit within the overall club’s football strategy.”

The hope is that, by adopting a universal approach, players will find the step up to the next level less daunting, with tactics and playing style mirrored across all levels. An example of this is the impressive rise of 16-year-old Brandon Pursall, who made his full competitive debut against Cheltenham Town in the EFL Trophy last week, and looked extremely composed in doing so.

“The fundamental aim is that the Academy should, if possible, have a full first-team debut each season. Thjs year, we’ve already done that on two occasions – Ollie Tomlinson did it against Norwich City, and Brandon Pursall did itm [at Cheltenham]. Both of whom acquitted themselves very well,” said Dewsnip.

“It’s a joined-up approach – so as soon as the players step into our Academy, they’re going to learn the football philosophy – which is possession-based, it’s exciting, it’s attacking, it’s creative, and that will go with them all through the age groups.

It has not just been a philosophical change at Academy level, though, and the club has made moves to add significant coaching expertise to their youth staff.

Dewsnip continued: “We’ve restructured the whole thing. [First-team coach] Kevin Nancekivell is the technical lead from under-23 down to under-15, and he’s the link between the Academy and the first team.

“Darren Way, we brought in early in the new year, has a terrific background as we know as manager of Yeovil – he’s gone in as our under-18 coach, and has made a massive impact on all the players.

“We brought Karl Curtis in from Parkway to take our under-16s. So, we’ve really got a new staff working very closely together, working very, very hard with our younger players.

There’s a whole programme below that, of course, but we hope we’ve developed a new structure which will allow us to almost have a conveyor belt of talent over the next years.”

On the pitch, the Pilgrims’ under-18 squad have made a very positive start to life in the EFL Youth Alliance, winning three of their opening four matches after the summer recess.

Of course, as with any club, development of talent is contingent on having a first-team manager who is willing to give youth a chance. In Dewsnip’s eyes, the Pilgrims are blessed in this respect.

Dewsnip said: “I think the Academy project is going very, very nicely. The signs are that there’s more talent to come through. We know we have an awful lot of hard work to do with that talent, but one thing we shouldn’t underestimate is that we have got a manager here who has no fear, at all, of playing young players.

Click on the video above to watch the full interview.