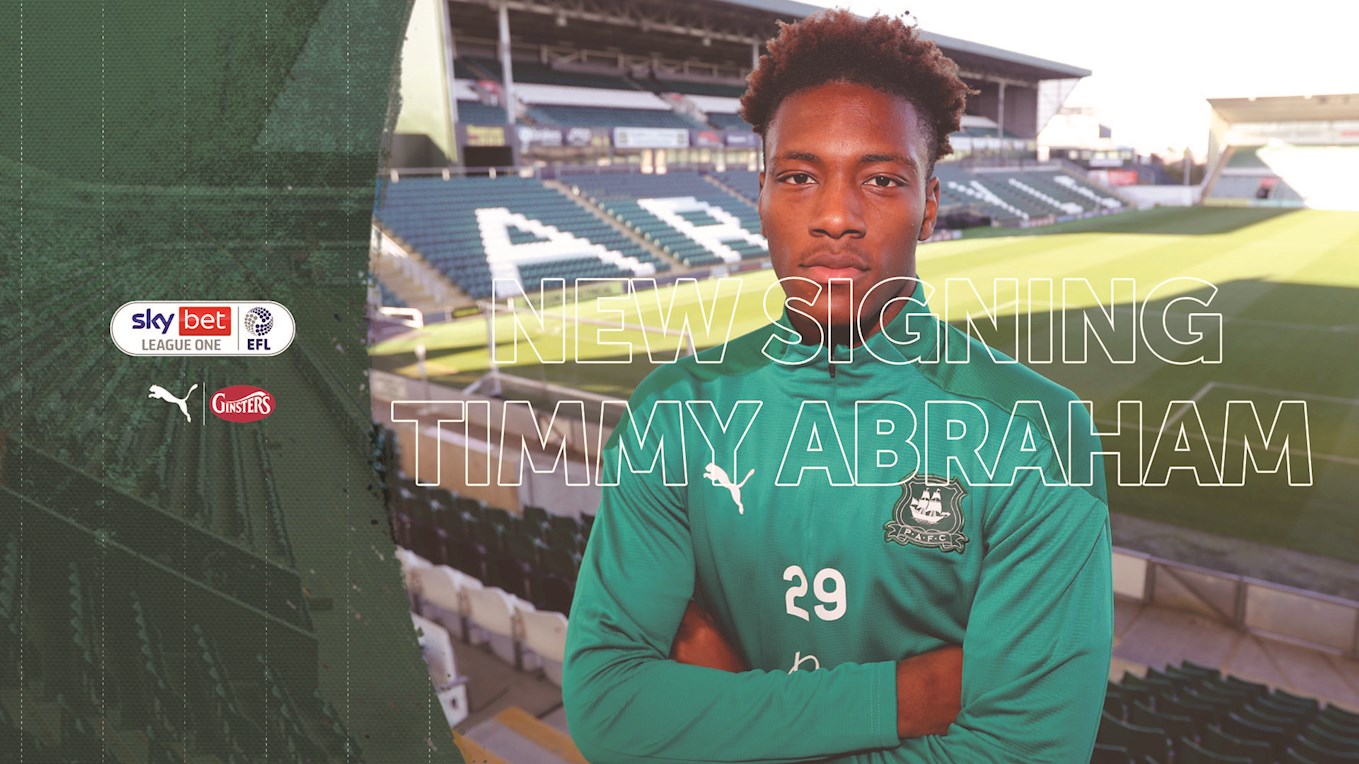 The 19-year-old striker has joined Ryan Lowe’s Pilgrims on loan from Premier League side Fulham until January, and is looking to make the most of his opportunity in Devon.

He said: “I feel very good to be in this privileged position to be given the chance to play with the team, play well, score goals, which any player would look forward to doing.”

The young forward, who spent a spell last season on-loan at Sky Bet League One side Bristol Rovers, has spent the last two days training with the first-team squad ahead of the move, which only materialised earlier in the week.

“To be fair, it was pretty sudden,” said Timmy. “I got told quite late, but I was still very happy and eager to get down here – and luckily it could be done.”

Abraham has experience coming up against Argyle in Academy competitions, having played scored against the Pilgrims in the Premier League Cup last season, as well as an appearance against the young Greens in the FA Youth Cup.

He said: “I knew how passionate the fans were, I knew that it was a good club that like to play good football. I’ve been here before and seen how passionate everyone is, so I had a little insight.”

Abraham is not the only Fulham prospect currently representing the Greens, with defender Jerome Opoku also on-loan from the Craven Cottage club. According to Timmy, Jerome gave a glowing report of his early days at Home Park.

Timmy said: “I spoke to him two nights ago, asked him how he was feeling, and he only told me good things, so that gave me an extra encouragement, and obviously helps me settle down a little bit quicker, seeing a familiar face.”

“Everyone was very welcoming. It’s been very good sessions, and obviously the gaffer is an amazing guy. He obviously motivates the players, he’s given me that extra push. He’s spoken to me a lot, he used to be a striker which benefits me in a way, as well.

A self-proclaimed fast runner with an eye for goal, Timmy has a few targets in mind for his time on the south coast. For now, though, he is keeping those goals a secret.

“I do, but I think I’d rather keep that to myself, and hopefully it will show. I just want to work as hard as possible, score as many as I can, and work very hard for the team.”