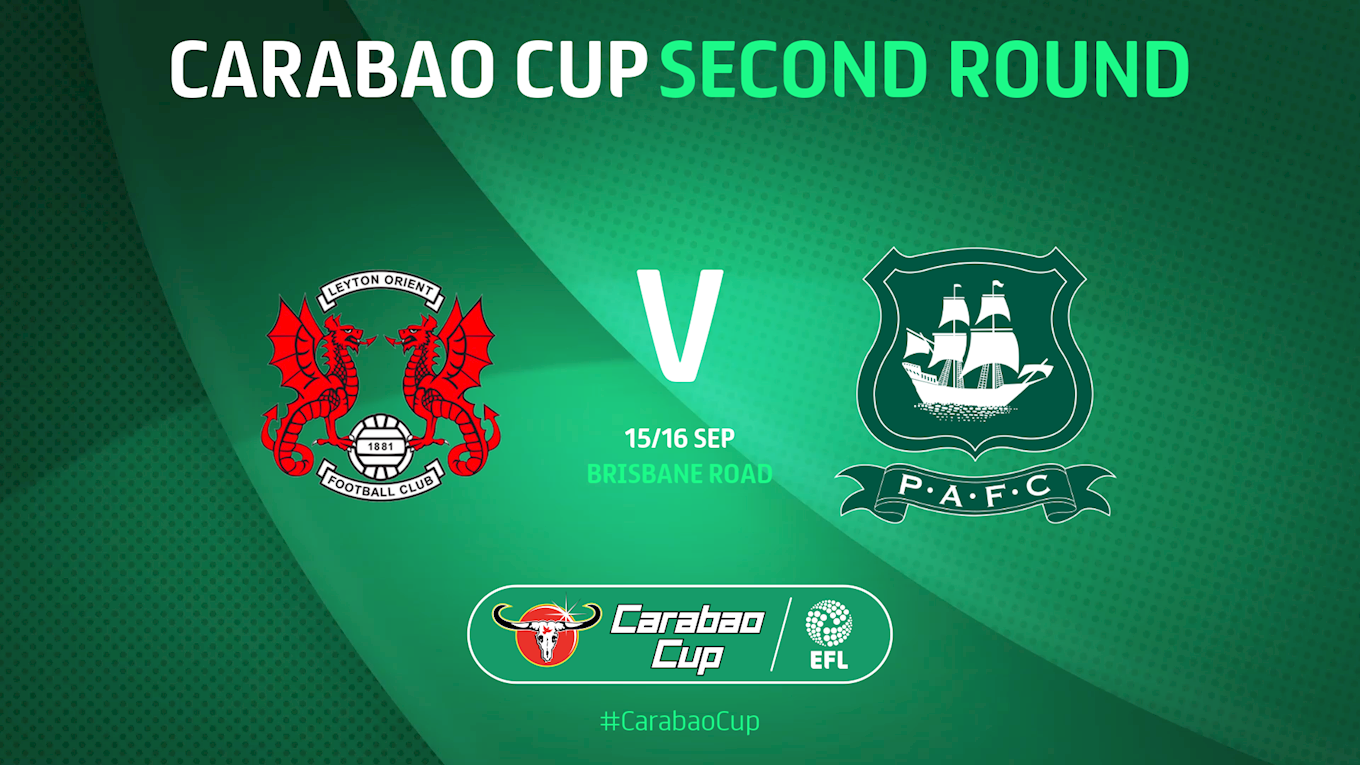 Argyle have been drawn away to Sky Bet League Two side Leyton Orient in the second round of the Carabao Cup, with a plum home draw against Tottenham Hotspur awaiting the winner.

It is the second time in as many seasons that Ryan Lowe's side have been drawn against the O's, with the Pilgrims winning the first-round clash last season.

With fixtures coming thick and fast in a truncated season, the third round draw was also made on Sunday afternoon, with the winner of our match at the Breyer Group Stadium handed the exciting prospect of facing Premier League giants Tottenham Hotspur at home.