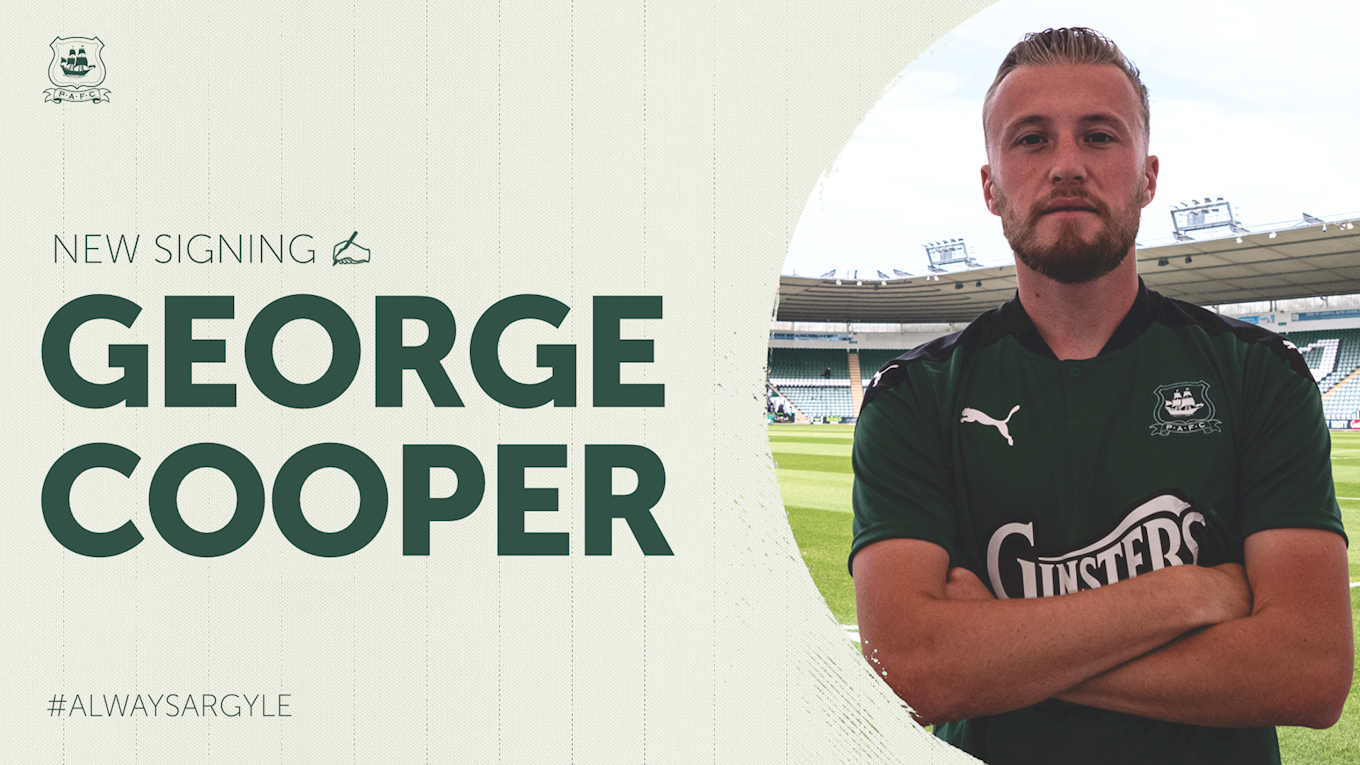 After a summer of speculation, fan favourite George Cooper has returned to Home Park – and this time it’s for keeps.

Having excelled in Green on a season-long loan deal last season, the popular playmaker has rejoined Ryan Lowe’s Pilgrims from fellow Sky Bet League One side Peterborough United on a three-year deal for an undisclosed fee.

An attacker by trade, Cooper operated primarily as an advanced left wing-back in Lowe’s preferred system, acquiring the ‘assist king’ nickname among the Green Army for his contribution during the Pilgrims’ 19/20 promotion-winning campaign.

The 23-year-old provided 12 assists in just 27 Sky Bet League Two appearances to help propel the Greens to automatic promotion, and he signed off on what proved to be the final fixture of the season with a double in the 3-0 victory over Macclesfield Town at Home Park on 7 March.

A product of Crewe Alexandra’s youth system, Cooper burst onto the scene at Gresty Road as a teenager in September 2014, making his debut for the Railwaymen as a 17-year-old in the EFL Trophy, before netting his first competitive goal in Crewe’s 2-1 victory over Coventry City one month later.

After making 122 appearances for the Alex, scoring 14 goals, George was signed by Peterborough United in January 2018 on a three-and-a-half-year contract for an undisclosed fee. He scored on his debut for The Posh, coming off the bench to net in their 3-0 win against Oldham Athletic.

Cooper will once again wear the no.32 shirt for the Pilgrims’ 2020/21 Sky Bet League One campaign.

Shaun Berry, of Berry’s Decorating Centre, said: “George Cooper is a fantastic signing for the club.

Berry’s Decorating Centre are delighted to have the opportunity to sponsor his home shirt and to continue our partnership and support of Argyle.

Welcome back, Coops, and good luck.”

Colin Carr, of Kevin Edwards Costs, said: “KE Costs Lawyers, the legal costs experts, are so very pleased to have the opportunity of sponsoring George Cooper upon his return to the club. We are absolutely delighted that he is returning to Argyle.”

If you are interested in sponsorship opportunities at Home Park, contact our commercial team on 01752 302204, or email commercial@pafc.co.uk.