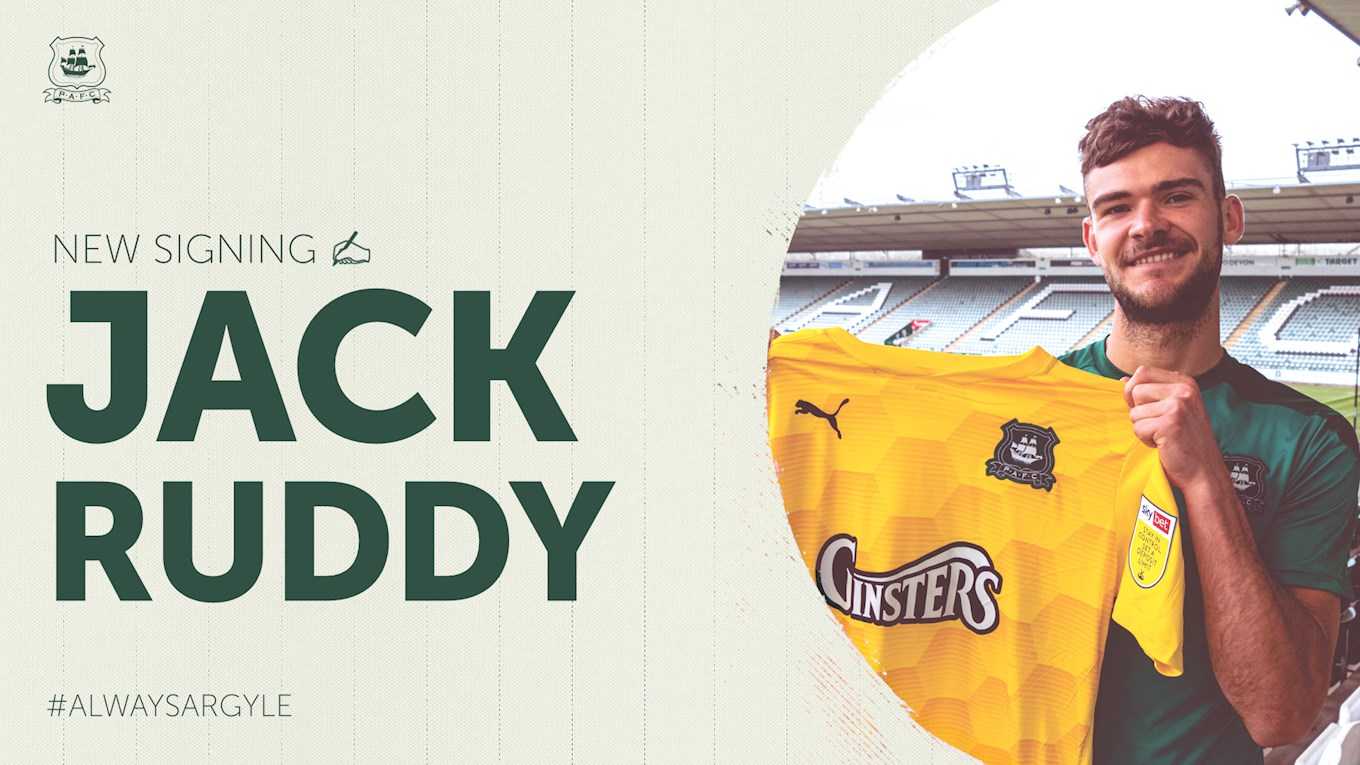 Scottish goalkeeper Jack Ruddy has joined the Pilgrims on a short-term deal.

The 22-year-old former Wolves stopper had been training with Ryan Lowe’s first-team squad ahead of the Greens’ 20/21 campaign.

Beginning his career in the Academy at hometown club Glasgow Rangers, Ruddy emigrated to Spain, where he joined the Real Murcia youth set-up. Having reached the age to turn professional, Jack went on trial with La Liga side Villarreal, but was unable to sign senior terms with any club in Spain because of a change in regulations.

As a result, the Scotland youth international returned to the UK to sign his first pro deal at Bury, where he played alongside Argyle manager Ryan Lowe. Having identified Jack as a player of significant potential, Wolves, then of the Sky Bet Championship, moved to sign the Glaswegian on a two-year deal for an undisclosed fee.

A series of loan moves away from Molineux followed, at Oldham Athletic, Ayr United in Scotland, and FC Jumilla and SS Reyes in Spain, before he moved permanently to Ross County in July 2019.

Upon departing Victoria Park, Ruddy joined CD Leganes B in Spain for the remainder of the 19/20 season.

Jack will wear squad no.26 for the Greens’ 20/21 Sky Bet League One campaign, and is eligible for selection for the Greens' EFL Trophy opener against Norwich City.

Jack's home and away shirts for the upcoming campaign are available for sponsorship.