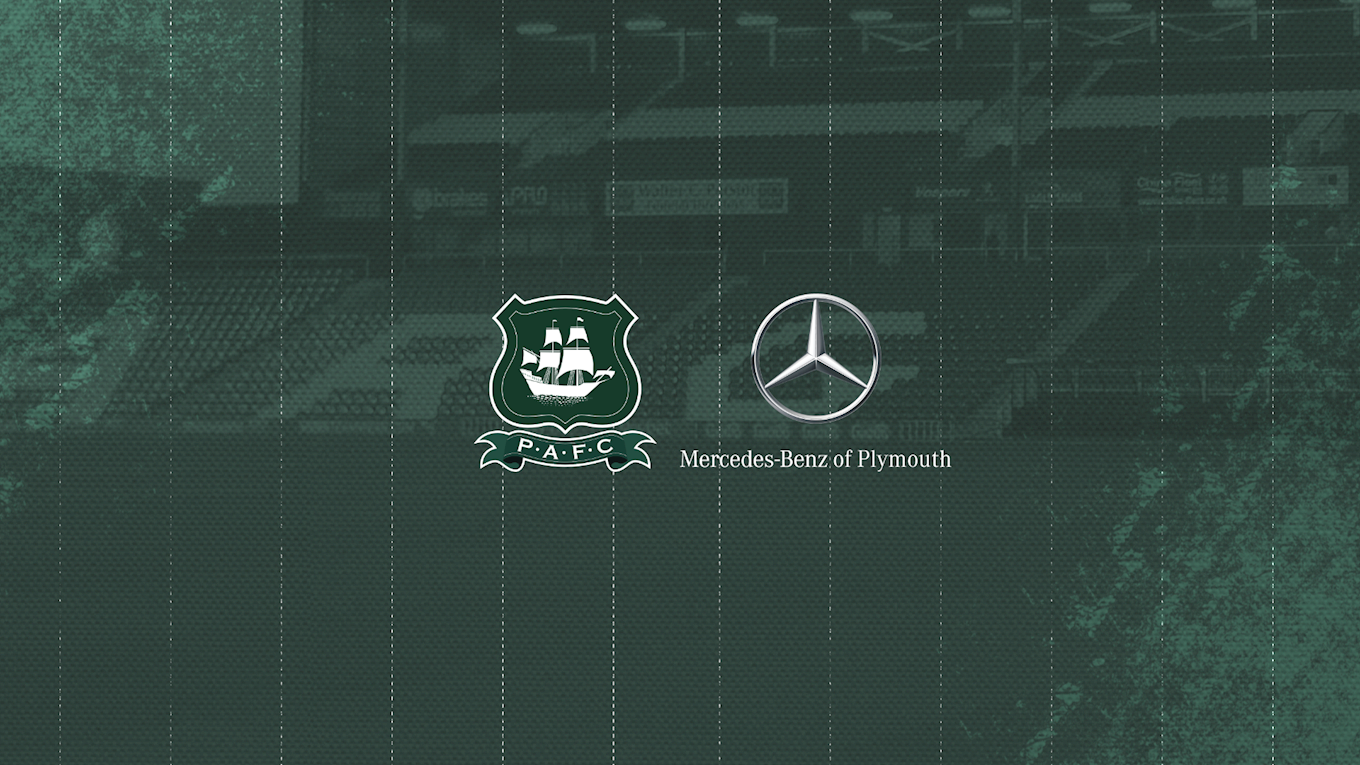 We are excited to have teamed up with local business Mercedes-Benz Plymouth ahead of the Greens’ return to Sky Bet League One.

The leading car dealership, which is part of Mercedes Benz South West, is based on Tavistock Road, Plymouth and will be the club’s official Sky Bet League One press conference sponsor for the duration of the 20/21 campaign.

Since being selected as one of Mercedes-Benz’s key business partners, Mercedes Benz South West has enjoyed fantastic success and recorded some significant business achievements. This included undertaking a multi-million-pound investment programme to create four state-of-the-art automotive retailing outlets aimed at enhancing sales and after sales facilities for customers across the region.

Mercedes-Benz of Exeter was the first of the new generation of Mercedes Benz South West outlets to be unveiled in the UK when it commenced trading in January 2002, and it was followed by the opening of equally impressive premises in Taunton (2004), Plymouth (2005) and Truro (2007).

The tremendous progress and results achieved by Mercedes Benz South West have been recognised by the manufacturer on more than one occasion. The group was named Mercedes-Benz Retailer of the Year in 2008 and 2009, and smart retailer of the year for an unprecedented fourth time this year.

The Green Army can expect to see more of the Mercedes brand at the Theatre of Greens on a match-day, with additional branding present around the stadium, and branded vehicles around the perimeter of Home Park on a match-day.

“To partner our media content with such a well-known and premium brand is a real positive for Argyle, and we look forward to working together closely in the season ahead.”