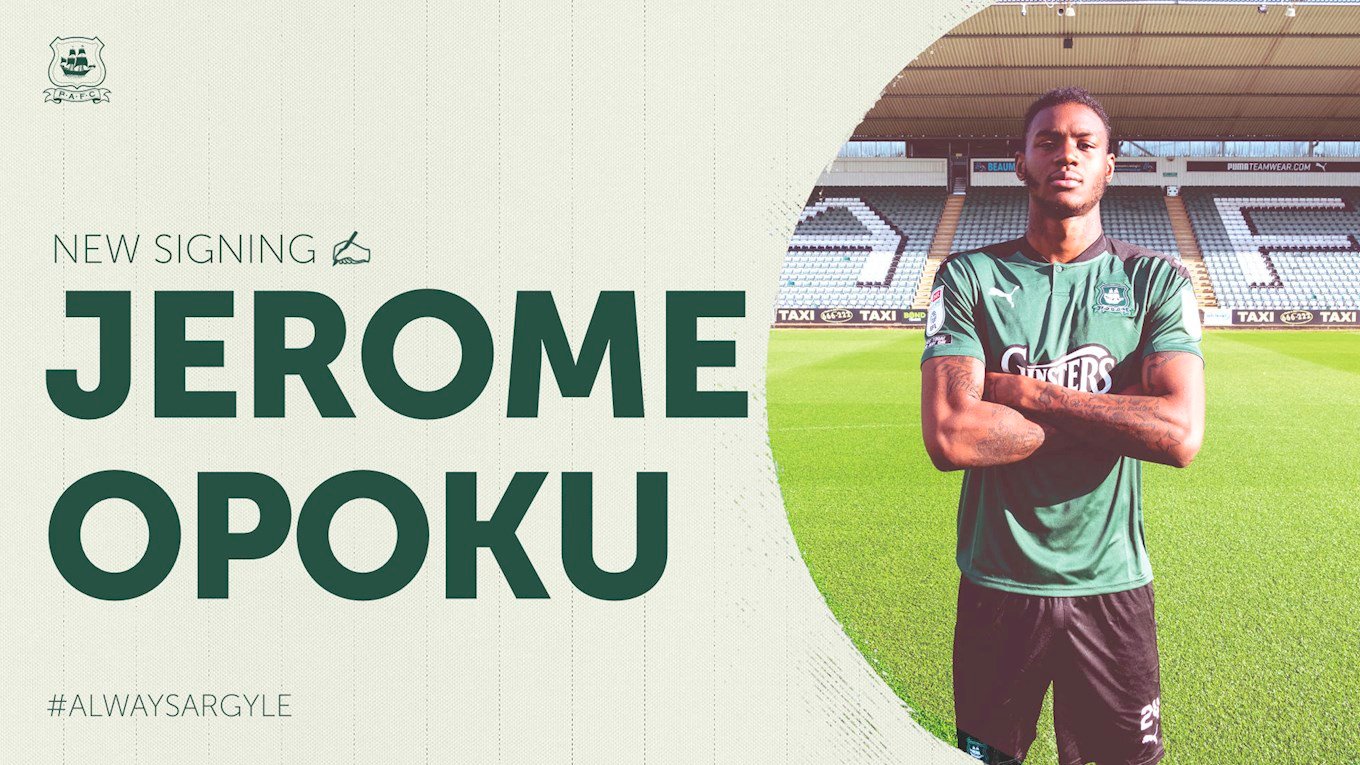 A ball-playing central defender who can also play at left-back, the 21-year-old joins Ryan Lowe’s Pilgrims on an initial deal until January.

Mitcham-born Opoku spent last season on-loan in Sky Bet League One with Accrington Stanley, making 21 appearances across the defence as Stanley consolidated in the third tier.

The 6’4” centre-back has been with Fulham since he was nine, and consistent development has seen him rise to the fringes of the first-team at Craven Cottage. Having impressed in the reserve set-up, Jerome claimed the captain’s armband for the London club’s Premier League 2 side towards the back-end of their 2018/19 campaign, before signing a new long-term deal last summer.

Opoku’s home and away shirts for the upcoming campaign are available for sponsorship.