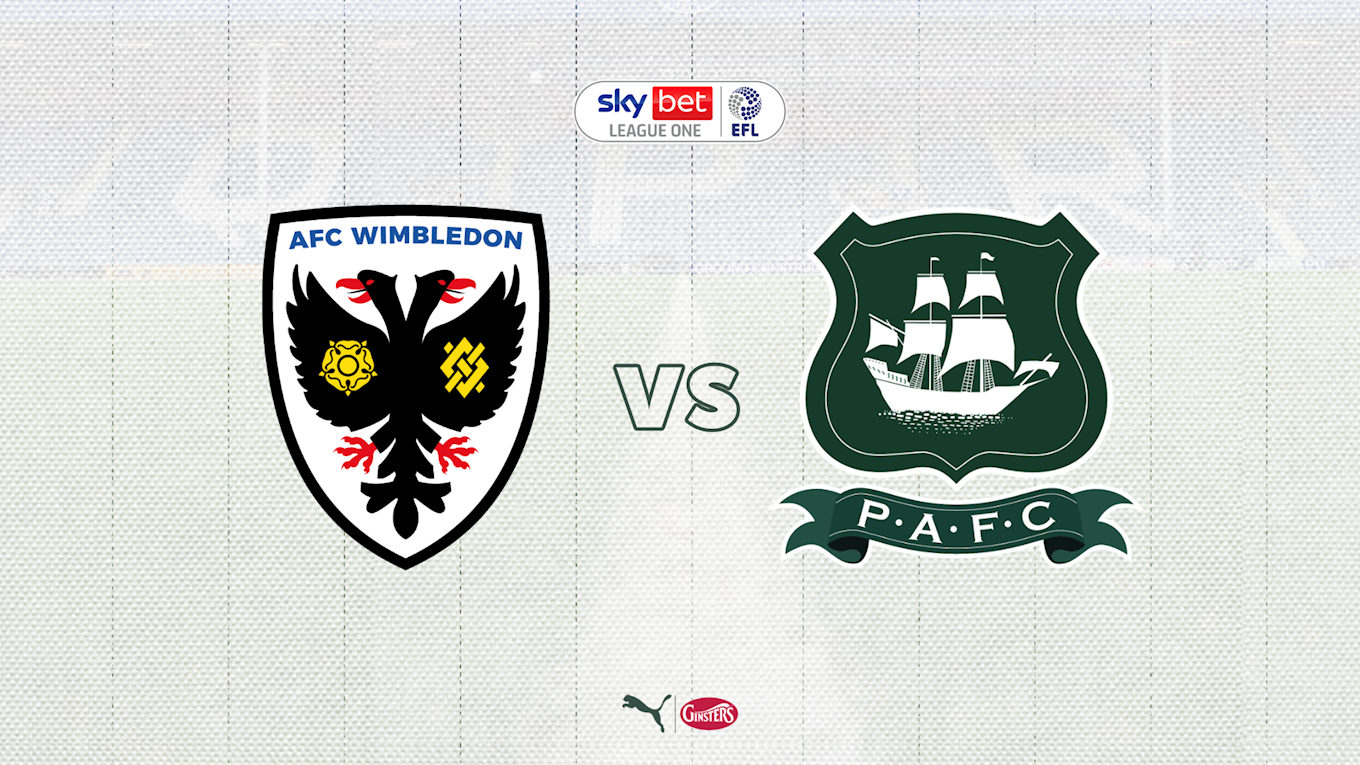 Argyle manager Ryan Lowe will be hoping that his players provide him with the perfect birthday present against AFC Wimbledon on the weekend.

The Pilgrims’ boss celebrates his 42nd birthday on Friday, but his focus is set firmly on bouncing back from Tuesday’s disappointing Carabao Cup exit at Leyton Orient.

First goals in Green for Panutche Camara and Newcastle United loanee Kell Watts were not enough to secure safe passage to the third round of the competition, leaving the Greens to turn their attentions back to Sky Bet League One.

In their opening fixture, the Pilgrims got off to a perfect start upon returning to the third tier, with Luke Jephcott’s third-minute header proving the difference in a battling 1-0 victory over highly-rated Blackpool at Home Park.

Saturday's fixture will take place at the Kiyan Prince Foundation Stadium, home of Championship side Queens Park Rangers, as AFC Wimbledon are in the final stages of their Plough Lane stadium development.

Although the surroundings may not be entirely familiar for our hosts, it will not be Wimbledon’s first competitive fixture at the stadium formerly known as Loftus Road, with Glyn Hodges’ men kicking off their 20/21 season with a come-from-behind 2-1 home victory over Charlton Athletic in the EFL Trophy, courtesy of goals from Adam Roscrow and Terell Thomas.

A few days later, in the Carabao Cup first round, the Dons lost out to last season’s beaten League One play-off finalists, Oxford United, on penalties, having drawn 1-1 over 90 minutes.

In league action, the Dons kicked off their Sky Bet League One campaign with a 2-2 draw away at recently promoted Northampton Town. Ethan Chislett, a summer signing from Aldershot Town, made a dream league debut just 20 seconds into the season, converting Luke O’Neill’s pass to give the Dons the lead.

Having been pegged back by the hosts, Wimbledon retook the lead through Nesta Guinness-Walker, another astute non-league pick-up from Met Police last season, before Ricky Korboa secured a point for the hosts in an entertaining game at the PTS Academy Stadium.

The hosts have a near clean bill of health for the clash, although summer signing Ollie Palmer, who scored three goals in two appearances against the Greens for Crawley Town last season, is likely to miss out on selection, alongside young midfielder Jack Rudoni.

For Argyle, captain Gary Sawyer remains sidelined by an ankle injury sustained in the Greens’ EFL Trophy opener against Norwich City, while striker Luke Jephcott is also doubtful. Midfielder Conor Grant recovered from the first-half injury sustained against the Seasiders a week previous to appear off the bench against Orient.

ARGYLE AWAY TO AFC WIMBLEDON IN THE EFL

* Note that these figures include games against the old Wimbledon FC, but not the 2016 League Two Play-Off Final.

Derek Adams’ Pilgrims squandered the lead in our Boxing Day 2018 fixture at Kingsmeadow. David Fox netted an outrageous 35-yard effort to put the Pilgrims in front. The midfielder only scored twice in 128 EFL appearances for Argyle, and both goals came against Saturday’s opposition.

Argyle kicked off the 2015-16 season by winning 2-0 at Kingsmeadow. Debutants Gregg Wylde and Graham Carey both netted as the Pilgrims got off to an excellent start in the division, but it was Wimbledon who would finish the campaign strongest, defeating us 2-0 in the play-off final at Wembley.