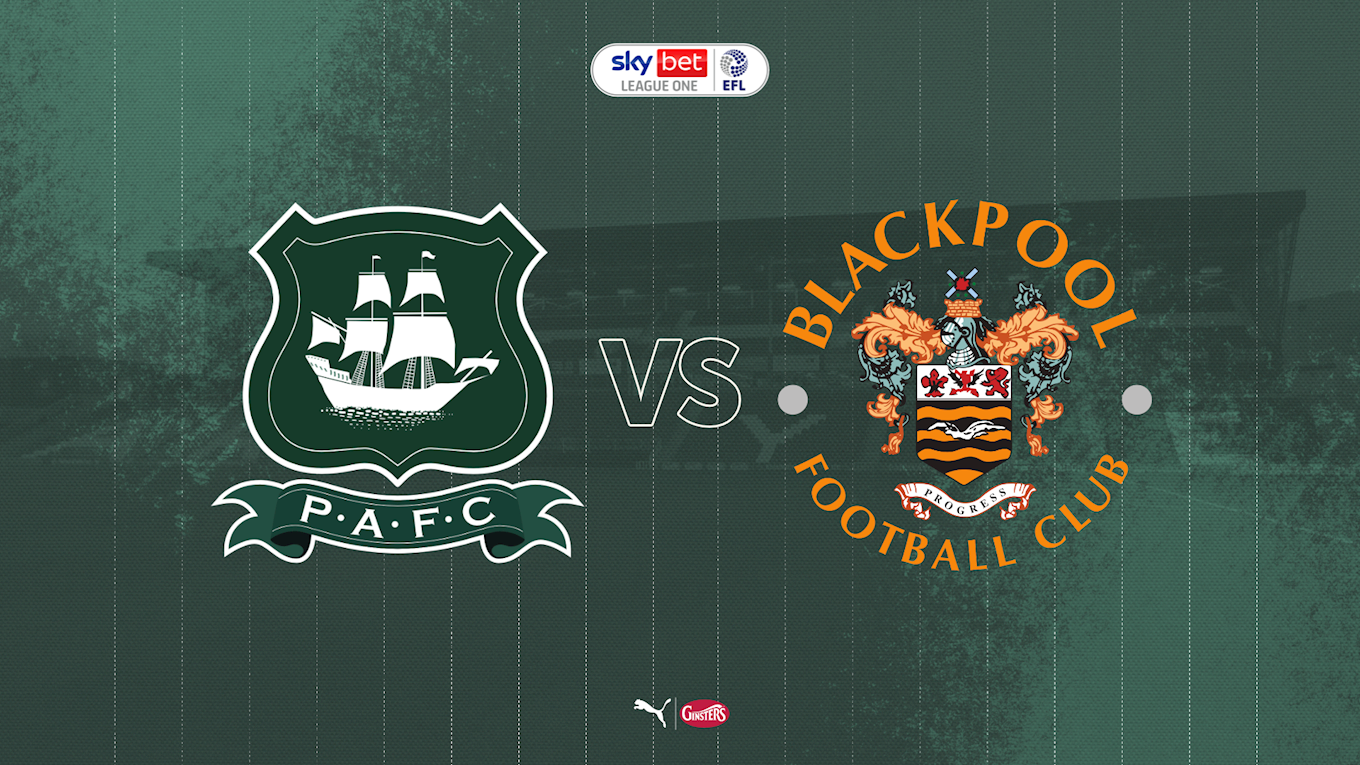 Ryan Lowe’s Pilgrims got off to a superb start in their 20/21 campaign with an eye-catching 3-2 victory over Queens Park Rangers in the Carabao Cup first-round – with goals from Joe Edwards, Danny Mayor and debutant Frank Nouble setting the Greens up for a second-round clash with Leyton Orient on Tuesday.

With the fixtures coming thick and fast, Argyle made wholesale changes for their EFL Trophy opener against Norwich City in midweek, with ten players produced by the Argyle Academy, including three scholars, in the squad for the Pilgrims’ narrow 2-3 reversal.

While the Greens have made significant strides in the off-season, on and off the field, the Seasiders have also invested heavily in their squad, and enter the league season with high expectations of their own.

High-scoring fixtures against Premier League Everton (3-3) and English Champions Liverpool (2-7), were the most notable pre-season outings for the Tangerines, who also overcame Southport (4-0) and and League Two duo Port Vale and Barrow (both 2-1).

Critchley’s first competitive fixture in charge saw Blackpool hold Championship opposition Stoke City to a 0-0 draw in the Carabao Cup first round, before losing out on penalties. A week later, in their EFL Trophy opener, the Seasiders played out another stalemate with Barrow, this time winning on spot-kicks at Bloomfield Road.

Pilgrims no.9 Ryan Hardie in ineligible to line up against his parent club, although his regular strike partner from last season, Luke Jephcott, is back in contention after missing the QPR fixture through international duty the Welsh under-21 side. Other striking options including Nouble and former Blackpool man Dom Telford, who both got off the mark last week.

Visiting manager Critchley shares the Argyle gaffer’s footballing philosophy, and supporters can expect to see two teams playing out from the back, with plenty of technical ability on show. While last season’s leading marksman, Armand Gnanduillet, left the club in the summer, the visitors have bolstered their attacking options with the recruitment of Jerry Yates, CJ Hamilton, Bez Lubala and Keshi Anderson – who all impressed at League Two level last season.

First-choice left back James Husband is a doubt with a hamstring injury which saw him withdraw from EFL Trophy action in midweek, but Matty Virtue and Oliver Sarkic could feature for the visitors, having been cleared to return to training.

ARGYLE AT HOME TO BLACKPOOL IN THE EFL

The Last Time: Derek Adams’ Argyle lost 1-0 to the weekend’s visitors on Saturday, 15 September, 2018 in Sky Bet League One, with Mark Cullen scoring the goal for the visitors, who finished the clash with nine men after two red cards in stoppage time.

Our Biggest Win: A 3-0 Championship victory for Paul Sturrock’s men on Saturday, 26 April, 2008. Our goals came from Jermaine Easter and a brace from Rory Fallon. Both Luke McCormick and Gary Sawyer were in our starting eleven.

Most goals in a single game: Five, in a 3-2 victory for Argyle on Saturday, 14 March, 1936. Arthur Eggleston, Jack Vidler and George Briggs were our scorers.

A reminder: Saturday's fixture is available to stream live for UK residents. Supporters are reminded not to attend Home Park in person. Click here for more information.