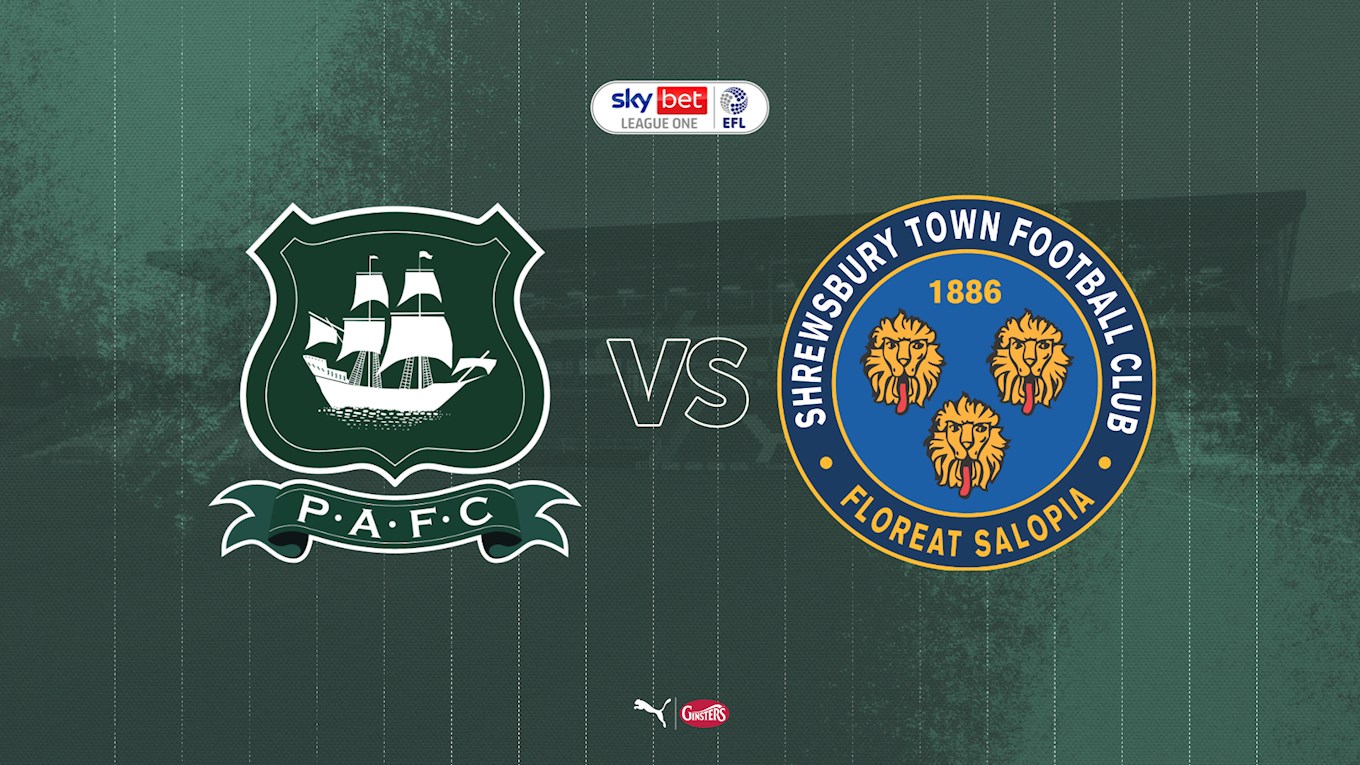 The Pilgrims played out an eight-goal epic a week ago against AFC Wimbledon at the Kiyan Prince Foundation Stadium, coming back from 4-2 down to salvage a valuable point, and almost all three, in the capital.

A pair of sumptuous left-footed strikes from George Cooper and Conor Grant gave the Greens a narrow lead at half-time, before the Dons surged into a seemingly unassailable advantage in the second period. However, substitutes Niall Canavan and Dom Telford drew Ryan Lowe’s side level, with the latter nearly snatching an incredible win with a stoppage time header that drifted narrowly wide.

The point consolidates a very positive start to life back in the third tier for Argyle, having claimed four points from a possible six, following an opening-day win at home to much-fancied Blackpool.

The Pilgrims’ weekend opponents, Shrewsbury Town, arrive at Home Park still awaiting their first league win of the campaign, although Sam Ricketts’ side did secure a comfortable EFL Trophy victory over Newcastle United earlier this week, with Scott High, Ryan Barnett and Jason Cummings on target for the Shrews.

In Sky Bet League One action, the Shropshire side secured a reputable draw on the opening weekend away at Portsmouth, despite ending the game with 10 men, following the late dismissal of Aaron Pierre.

The following week, though, the Shrews were undone at home to newly promoted Northampton Town, losing 2-1. Mark Marshall gave the Cobblers the lead early in the first half, before long-serving midfielder Shaun Whalley brought the Shrews level, only for Sam Hoskins to net the winner, leaving Saturday’s opponents in 19th place in a fledgling league table.

Argyle will be without captain Gary Sawyer, who underwent a successful ankle operation earlier in the week, while Luke Jephcott is also a doubt. Ben Reeves has completed his fitness and conditioning programme, with manager Ryan Lowe hopeful that he may be in contention for his first competitive appearance since joining the club in the summer, while Jerome Opoku is also eligible for selection having joined on loan from Fulham on Friday.

For the visitors, defender Ryan Sears is unlikely to be available, having been stretchered off during the Shrews’ 3-0 EFL Trophy victory in midweek, while Brad Walker is also doubtful, having sustained a knock in the same game.

Experienced midfielder Dave Edwards will be absent due to a stress fracture of the ankle, while forward Rekeil Pyke and defender Ethan Ebanks-Landell are also doubtful.

ARGYLE AT HOME TO SHREWSBURY TOWN IN THE EFL

Braces from George Dews and Peter Rattray, together with strikes from Maurice Tadman and Alex Govan gave Argyle their biggest win of the season en route to promotion under Jimmy Rae.

Goals from Freddie Ladapo and a late Graham Carey penalty saw Derek Adams’ Greens rise to 12th in the table with just nine games to play in the season. Carey’s penalty came in the 89th minute after former Pilgrim Ollie Norburn had equalised for the visitors on the hour mark.

After a catastrophic run to end the campaign, the Pilgrims were relegated that season, before bouncing back at the first attempt under new manager Ryan Lowe last time out.

Two of Ellis Stuttard’s men’s goals came through Shrews players putting through their own net. Dave Burnside and Don Hutchins were our other scorers. Including last Saturday’s result at AFC Wimbledon, this is one of just six such score lines that Argyle have recorded in their EFL history.