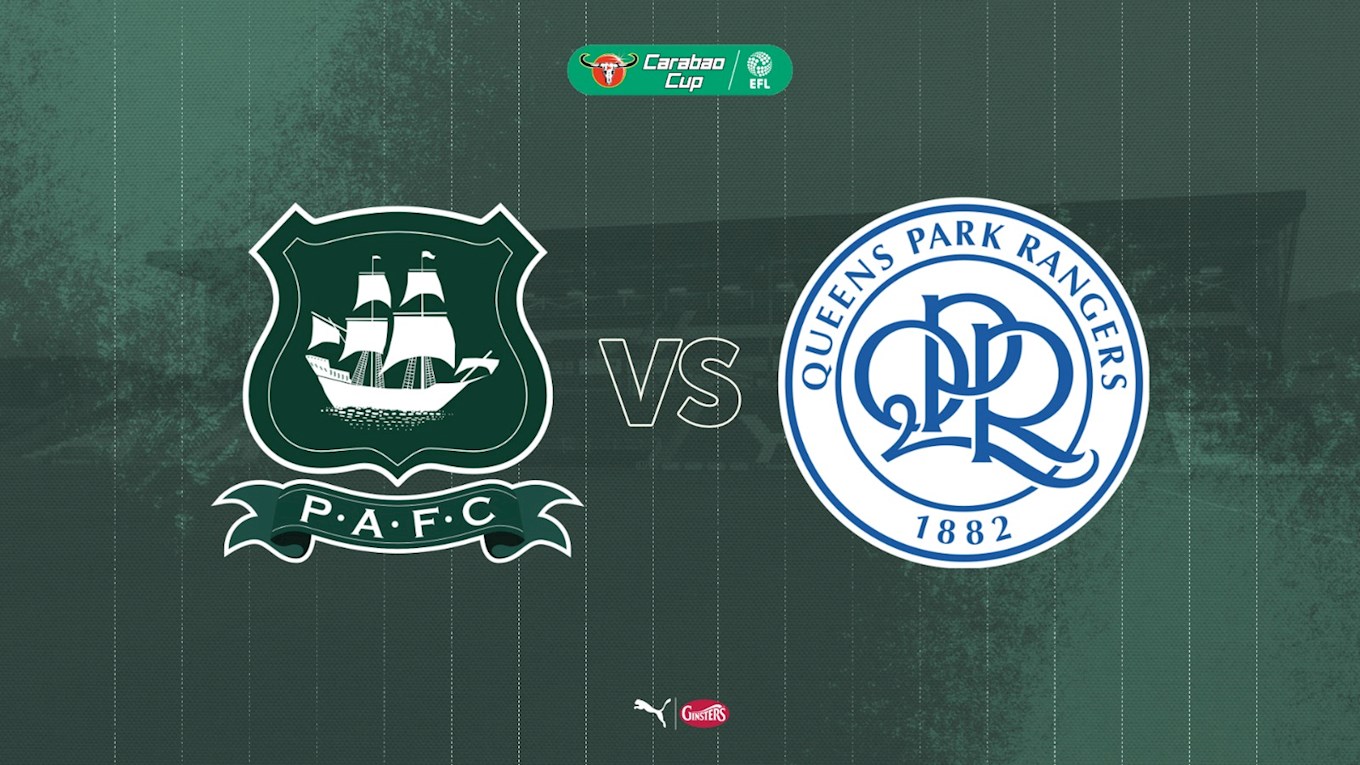 Much has changed since then, not least the division Ryan Lowe’s side play in, and the Carabao Cup first round fixture will be played behind closed doors as a result of the coronavirus pandemic.

The Pilgrims have enjoyed mixed results during pre-season, with 2-1 victories over Plymouth Parkway and Forest Green Rovers bookending competitive defeats to Glasgow Rangers (3-2) and Middlesbrough (1-0).

The Greens’ Championship opposition, who sold star player Ebere Eze to Premier League Crystal Palace for a reported £20m during the summer, have completed three pre-season fixtures – starting with a victory over their temporary Loftus Road tenants AFC Wimbledon 3-0, with goals from Ilias Chair and Lyndon Dykes in the first-half preceding a Paul Osew own-goal.

A week later, Rangers travelled to face defeated Sky Bet League One play-off finalists Oxford United, where they fell to a narrow 1-0 defeat, before a spirited 4-3 defeat to Arsenal at the Gunners’ training complex earlier this week.

Adel Taarabt scored from the spot and laid on another in Rangers’ 2-0 victory over Argyle a decade ago, during the Greens’ eventual relegation season.

The Moroccan playmaker made no mistake from the spot when Icelandic defender Kari Arnason felled Tamas Priskin in the box, before Damion Stewart headed headed home Taarabt’s free-kick early in the second-half to condemn Paul Mariner’s Pilgrims to defeat.

The Greens’ biggest-ever winning margin over QPR in competitive action is 4-0, which occurred twice – in 1922 and 1930. The first of these, a Division Three South fixture in April, saw Tommy Gallogley and Jack Hill score, with Frank Richardson securing a brace.

Played for both: Jamie Mackie

Signed from Devon rivals Exeter City, Jamie Mackie had one of the all-time great Argyle debuts, scoring within 11 seconds of his introduction off the bench against Barnsley at Home Park. Introduced with the score at 1-0, the energetic striker scored twice in the final 15 minutes to make an instant impression with the Green Army.

Mackie went on to make 98 appearances at Home Park, scoring 16 times, before joining QPR in the summer of 2010. Playing as a wide forward for Neil Warnock’s rangers, Mackie surged to the top of the Championship scoring charts early on, in what would turn-out to be a promotion-winning season for the Hoops, before a freak injury sidelined him for the second-half of the season.

Mackie featured regularly in QPR’s Premier League side, notably scoring an excellent diving header on the final day of the 2011/12 Premier League season against Manchester City, who famously won the title through Sergio Aguero’s last-minute winner.

Having departed the club for Nottingham Forest in 2013, Mackie returned to QPR for a second spell between 2015 and 2018.

A reminder: Saturday's fixture is available to stream live for UK residents. Supporters are reminded not to attend Home Park in person. Click here for more information.