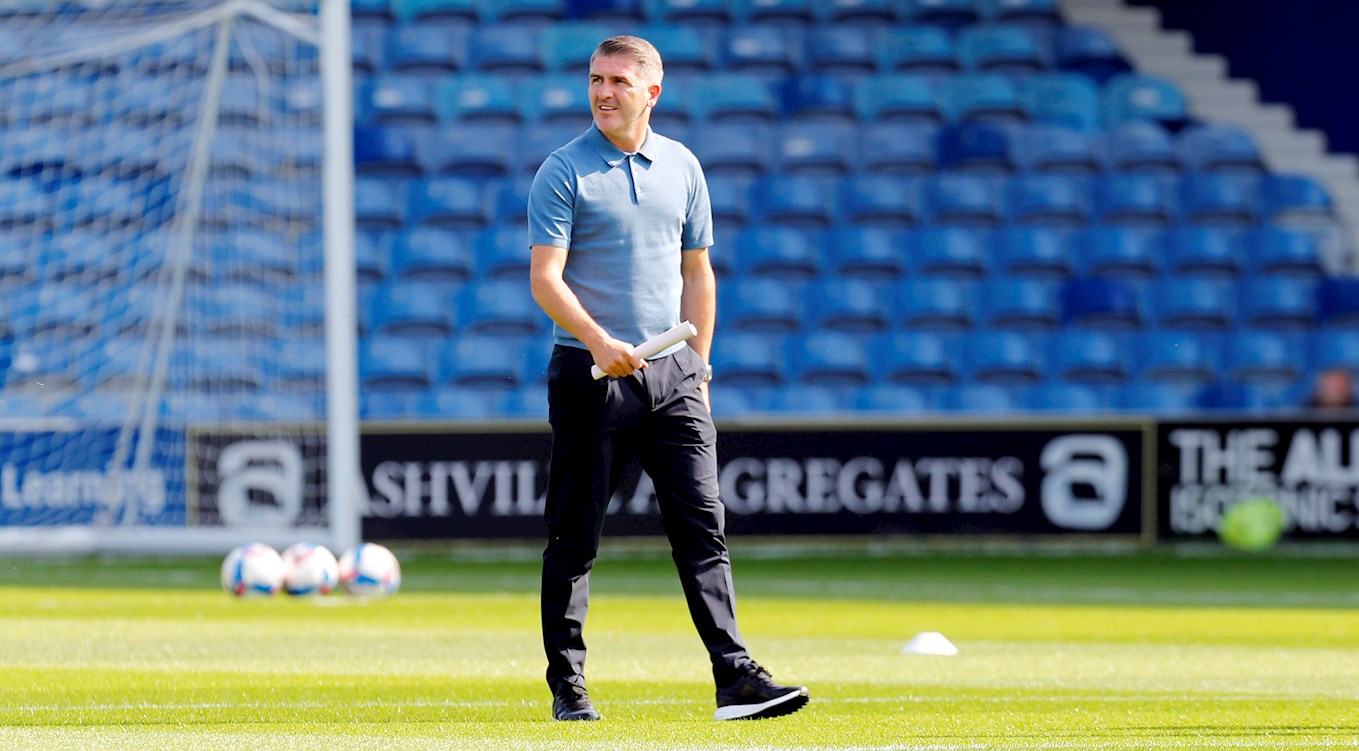 Argyle manager Ryan Lowe praised his squad’s fighting spirit as they rallied back from 4-2 down to secure a valuable point against AFC Wimbledon at the Kiyan Prince Foundation Stadium on Saturday afternoon.

The Greens led 2-1 at the break, thanks to a pair of sumptuous left-footed strikes from George Cooper and Conor Grant, before three goals for the Dons in 20 second-half minutes looked to have taken the game away from the Pilgrims. With the clock running down, substitutes Niall Canavan and Dom Telford struck late on to ensure Argyle remained unbeaten on their return to Sky Bet League One.

Lowe said: “It’s entertaining, isn’t it? Four goals should win the game away at any ground. I’m disappointed with the goals conceded, our shape was good, individual errors cost us the goals.

“Listen, what character the lads shown. Alright, the goals, we feel, could have been avoided, and that’s what we’ll learn. We’re the new boys in League One, and that’s what happens. AFC Wimbledon have been there for many years, we know what they’re about, we gave the lads the game plan, and there were times that we struggled with it.”

Having suffered a late defeat in the capital against Leyton Orient only a few days previous, it might have been easy for Argyle to fall away again, but Lowe’s players showed no shortage of spirit or quality to haul themselves level – and nearly snatch a stunning win in stoppage time, as Telford’s header fell narrowly wide with the goalkeeper beaten.

Lowe continued: “The pleasing element is that I know I’ve got lads who just don’t roll over. We’re in a new league, we know that, last season they wouldn’t have scored four goals, with all due respect, in League Two, because you get away with certain errors. In League One you don’t, you get punished, and we got punished.

“It’s a tough place to come, and when they get their new ground it’s going to be even tougher – so we’ve knocked it off the board now, and we’re looking forward to a fresh week with the players.”

While the Argyle boss was pleased with his side’s attacking showing and courageous fighback, he also expressed his frustration at the standard of the goals conceded on Saturday afternoon.

He said: “We’re always pleased with four goals – but the disappointing side of that is you shouldn’t score four goals away from home and take a point, you should take all three.

“You can’t foul on the edge of the box – they scored two quick goals from a free-kick and one getting across. They’re just things that we need to learn.

“We’ve got a squad in there that cares – they’re very professional in what they do, and their attitude is different class, to never know when they’re beaten.

“We’ve now got a full week of training with the lads, and we’ll keep working hard on what we need to work on. Our shape was good, our patterns of play, the chances, the crosses, but we need to stamp out those individual errors, because they will cost us.”