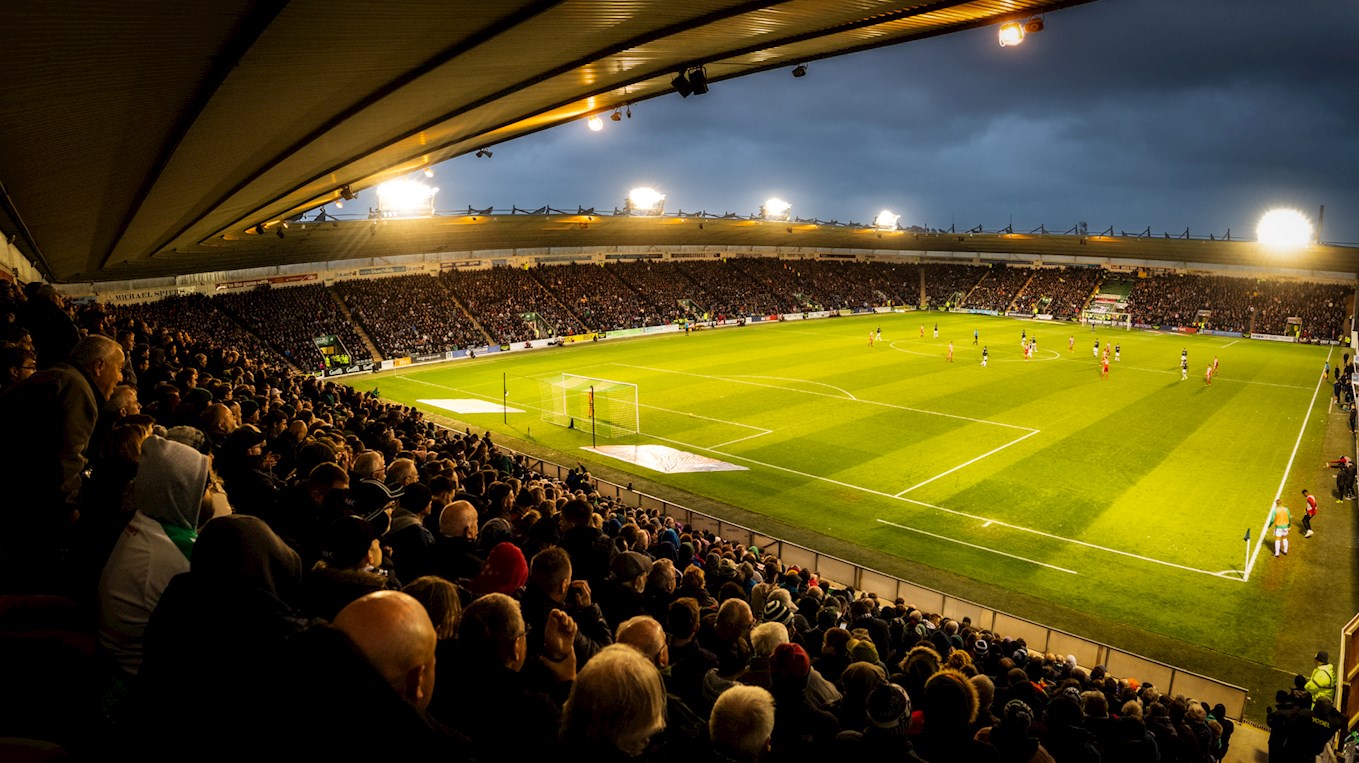 Plymouth Argyle joins with the wider sporting community in encouraging the UK Government to sanction the return of fans to sports stadia from October, as originally intended.

The club grows increasingly concerned that a further delay may be placed on supporters’ return to stadia, and this concern is underlined by the Prime Minister’s recent statement that the 1st October return date is now “under review.”

Staff at Argyle remain united in agreement that the health and safety of players, supporters and officials during these events is of utmost importance. However, it also must be recognised that football, particularly in the lower leagues, is on the cusp of a deep and existential financial crisis.

The EFL has estimated that its member clubs have lost a combined £50m in revenues as a result of the curtailment of the 19/20 season, and the 20/21 campaign beginning behind closed doors. Having modelled for the worst-case scenario, EFL figures suggest that clubs will lose a further £200m if fans are not allowed to return to watch their teams in person for the remainder of the current campaign.

Argyle, despite a cash injection from majority shareholder Simon Hallett, is not immune from that impact.

In the months since the 19/20 season was suspended due to the coronavirus pandemic, EFL clubs have collaborated with the Sports Grounds Safety Authority (SGSA) and the government’s Department for Digital Culture, Media and Sport to develop a set of robust operational guidelines to allow for our sport to continue in a safe and secure manner – and we, like the majority of clubs, have been proactive in our application of this guidance to ensure that Home Park is ready to host fans at fixtures from as early as next month.

This includes, but is not limited to, adapting all elements of our match-day operations at Home Park to comply with the SGSA’s ‘Planning for Social Distancing at Sports Grounds’ document, as well as EFL and local authority guidelines.

In addition, the club has limited availability of season-tickets to a select number of supporters, ensuring that we would be able to house these supporters in a socially distanced manner once spectators are permitted to return to stadia. We have also engaged with crowd safety professionals, at a local and national level, to ensure that our operational procedures are as COVID-secure as possible – and a number of our key personnel were in attendance at the test event at Cambridge United’s Abbey Stadium last week.

Throughout pre-season preparations, the club has worked closely with the EFL and our local Safety Advisory Group, to ensure that our match-day operations and supporting documentation are of the highest standards – and feedback from an EFL assessor in attendance at our Sky Bet League One victory over Blackpool was extremely positive.

When lockdown struck towards the end of the 2019/20 Sky Bet League Two season, the club was partway through the validation process for a new safety certification for Home Park, having redeveloped the Mayflower Grandstand a few months earlier.

Due to the restrictions in place over the lockdown period, including physical restrictions and furlough of key personnel, both internal and external, the certification process was placed on hold. However, the club is now entering the final stages of validation ahead of fans’ return to stadia, and we hope to provide a further update in the coming days.

We are also pleased to see some fans able to return to matches in the EFL this weekend.

We wish those Clubs and their supporters well in the staging of games, and will monitor these games in the hope that the Green Army will also be able to return to Home Park soon.

Argyle chief executive officer, Andrew Parkinson, said: “Staff at the club, along with colleagues at the EFL and Plymouth City Council, have worked tirelessly to prepare for our fans’ return to Home Park.

“Like many clubs in the lower leagues, Argyle is heavily reliant on ticketing revenues. In fact, even with growing revenue generation in other areas of the business – including hospitality, conferencing, retail and commercial ventures – ticketing accounts for roughly 70% of the club’s gross revenue.

“A failure to address this issue, or to provide more concrete guidance on the return to stadia for supporters, will have significant consequences for many football clubs, and the people of the towns and cities they represent.”