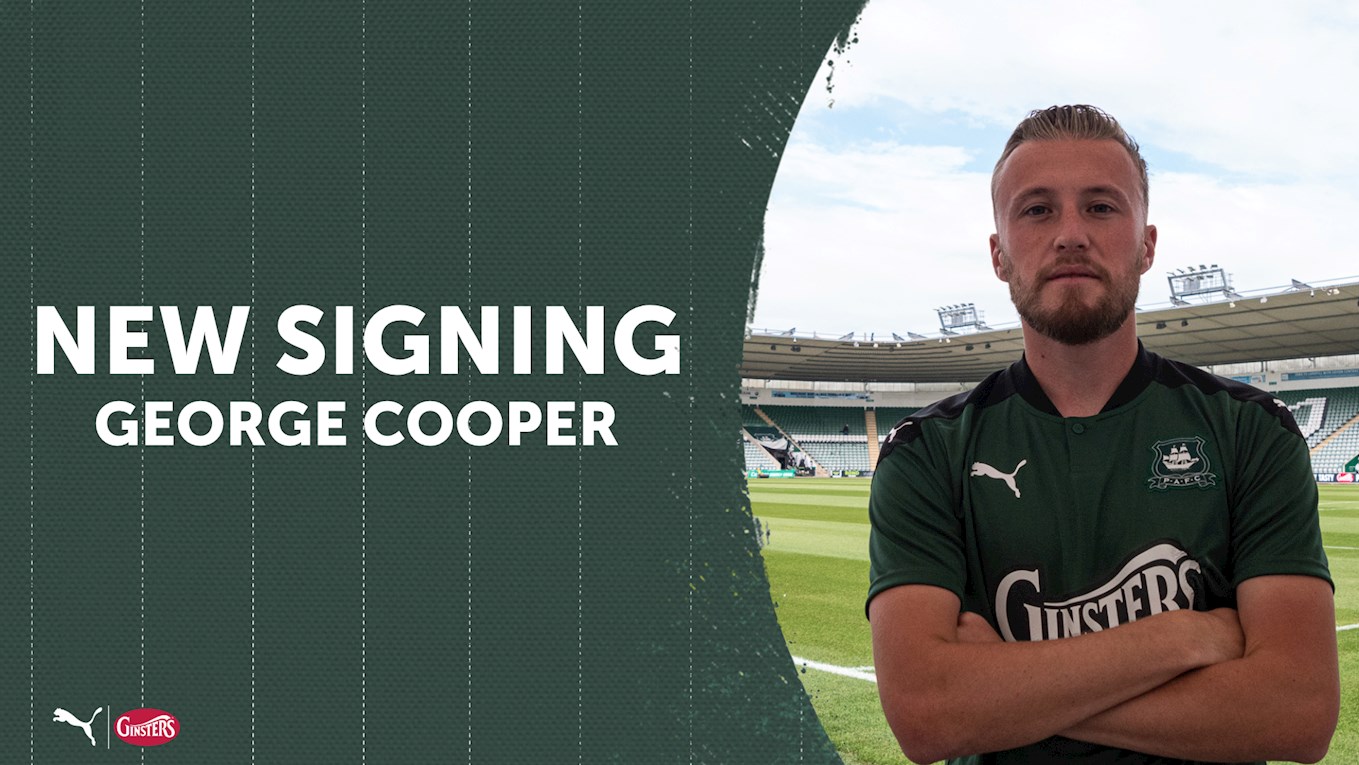 New signing George Cooper is hoping he can pick up where he left off after signing a long-term deal at Home Park.

The 23-year-old said: “I always wanted to come back, from what we did last season, I thought we would’ve gone on to win it [Sky Bet League Two] anyway. Hopefully we can carry that on this season.

“I’m made up it’s all over the line now. Over the last week we’ve been in talks, it’s all just moved quickly, and I couldn’t be any happier to be here.”

Talks may have progressed very quickly over the preceding week, but Argyle manager Ryan Lowe had to play the waiting game to bring his former Crewe Alexandra teammate back to the Theatre of Greens on a permanent basis, with talks going on in the background since Cooper’s loan was inadvertently cut short due to the coronavirus outbreak.

Cooper said:  “You don’t try and read it, but you will get tagged in stuff. I have to thank the Board, and the gaffer, and everyone for putting their faith in me and to sign me on a long-term contract.

“It was always in the background, you see your name getting put about in the press and stuff, but when it actually happens you can have a smile on your face.”

Despite an anxious wait all summer, the Pilgrims’ newest signing was always clear in his mind that he wanted to return to Home Park, should the opportunity arise.

“The club is only going in one direction, as you can see with the new stand. The way we played last season, we were on a good run. We need to carry that on this season, and it all starts this Saturday.”

A fan favourite at the Theatre of Greens, Cooper’s final message on becoming a permanent Argyle player was saved for the Green Army – who gave him no choice but to keep the club on his mind during lockdown with their messages of support no social media.

He said: “I just want to say thank you for all the messages, my battery keeps draining as you keep tagging me in stuff! It’s amazing, the fan base, and I can’t wait to play at Home Park again.”