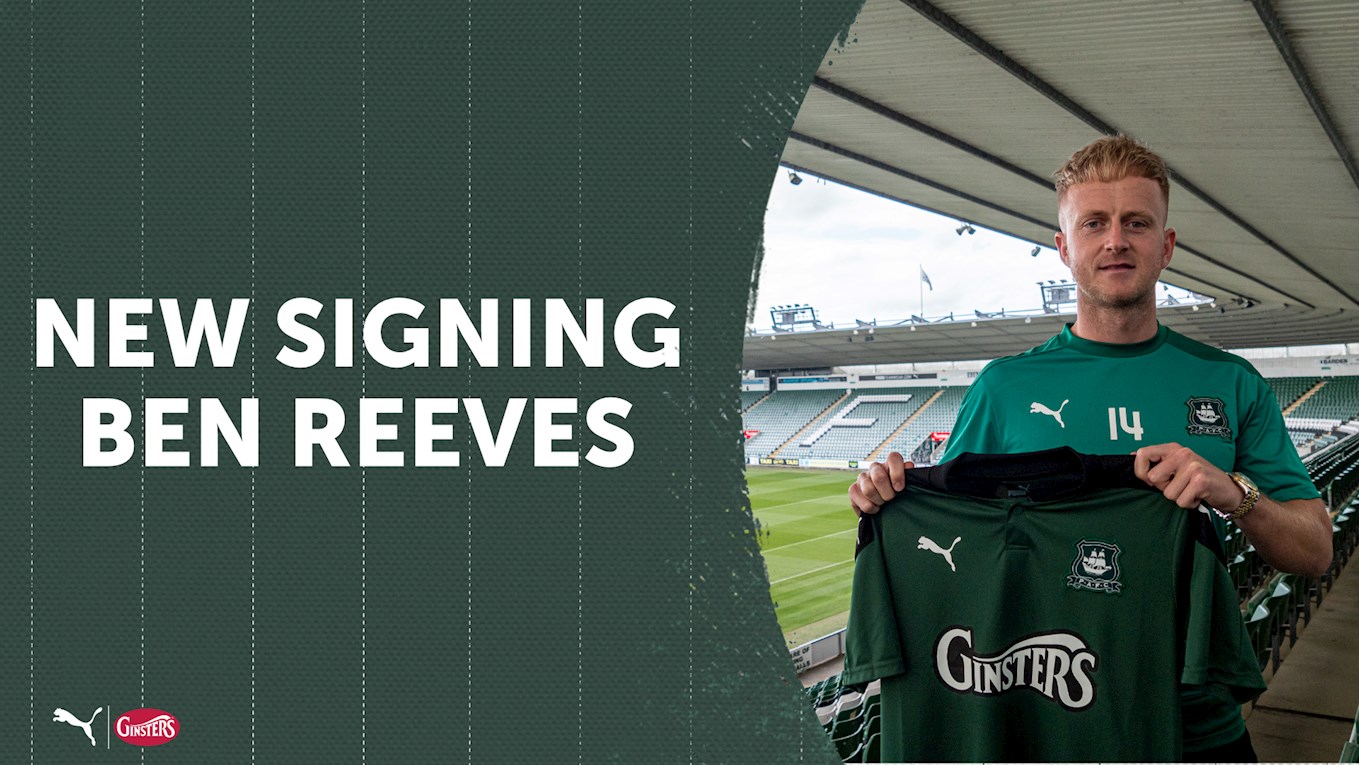 New recruit Ben Reeves knows what it takes to challenge at the top end of Sky Bet League One, and believes his experience will be invaluable ahead of the new campaign.

The Dorset-born midfielder has two third tier promotions on his CV from spells at Milton Keynes Dons and Charlton Athletic, and feels well-equipped to provide a meaningful contribution towards the team's ambitions for 20/21.

He said: “I knew it was a big club, a club that’s been in the Championship before, and obviously a club that got promoted last year, so it’s on the way up again. That’s exactly what I was looking for in a team – a team that’s on the up, and hopefully I can be a big part of that.”

Having spent a few days on trial at Home Park, including an impressive cameo appearance in the Greens’ 2-1 friendly victory over Forest Green Rovers last weekend, Reeves was informed by manager Ryan Lowe that he was likely to receive an offer earlier on the week.

He said: “The manager sort of said it quite early, and then it wasn’t until Tuesday that it was pretty much definite that I was going to get offered a deal.”

A technically gifted footballer who has also operated at left back, Reeves has his sights firmly set on impacting the attacking third of the pitch this season, and is impressed with what he's seen while on trial in Devon.

He said: “I’m someone who is comfortable on the ball, whether that’s trying to keep possession or trying to get a goal. This season, I want to get as many goals and assists as I can to help the team, and work as hard as I can for us to have a good start.

“There’s no real limit to what the team can do. Hopefully we are up there. It’s going to be tough, but hopefully we can push and do well this season. If we’ve got a chance, then it’s good to have players who have been promoted in the squad, and there is a few in the team. Hopefully we can really have a go this season."