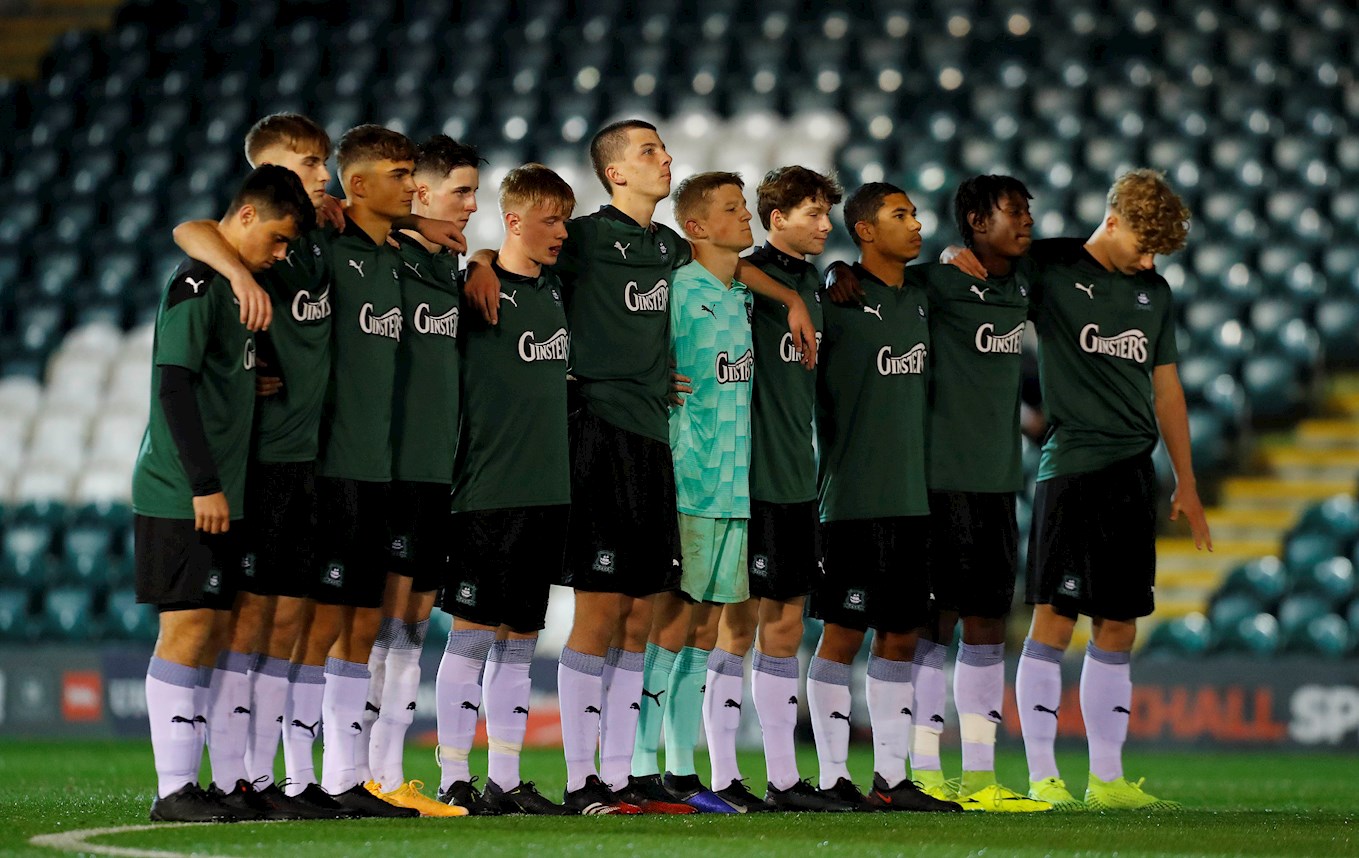 This Sunday, eight different Argyle Academy age groups will take to the hallowed Home Park turf for a taste of competitive action at the Theatre of Greens.

With the Pilgrims’ senior side completing their final Sky Bet League One home fixture the day before against Sunderland, the youth fixture schedule lines up handily to provide the next generation of talent an opportunity to play at Home Park – and the club has taken full advantage.

Age groups from under-7 are represented on Sunday, with the action beginning at 9am, building up to an under-16 and under-18 EFL double-header against Forest Green Rovers.

The under-18s, led by Academy coach Darren Way, are currently involved in a three-way tie at the top of Merit League One with Sunday's opponents and local rivals Exeter City, and their fixture kicks-off at 1pm, to be followed by an under-16 encounter at 3pm.

The remaining age groups will be involved in friendly matches against sides from Devon and Cornwall.

Unfortunately, due to government restrictions, no supporters will be able to attend the stadium on the day, and social media coverage will not be possible due to football’s scheduled social media boycott. However, Academy Manager Phil Stokes believes the opportunity will provide the young Pilgrims with extremely valuable experience.

He said: “Firstly, I must say how grateful we are to the club, the first-team coaching staff, and the grounds team for providing our youngsters with this opportunity.

“Previously, the first time that many Academy players would experience playing at Home Park is probably the FA Youth Cup, which is a high-pressure environment in itself. Getting games under their belt earlier is of benefit to everyone.

“No matter how much you try, you cannot replicate the experience of playing on the first-team pitch, and each of the players involved on Sunday will be better for it.”

The Academy at Argyle has become a strategic pillar in the club’s long-term ambition to become a sustainable Championship-level club, and significant changes in the staff structure over the past 18 months are beginning to bear fruit, even in the midst of a pandemic, with Director of Football Neil Dewsnip leading an ambitious project to become the leading Academy in the region.

Academy graduates like Mike Cooper and Luke Jephcott have evidenced the opportunities now available to hard-working talent at the club, there is also a drive within the Home Park offices to ensure that youngsters are exposed to these opportunities earlier in their development.

Phil said: “It’s great to be a part of, there’s a real buzz of excitement around the Academy, and a feeling that we’re really generating momentum. To be able to be involved in the Academy right now is a privilege.

“In any other circumstances, Sunday would be a celebration – an opportunity for families to come and watch, as well as fans getting involved in supporting the next generation. I’m just disappointed that we can’t share the experience together."