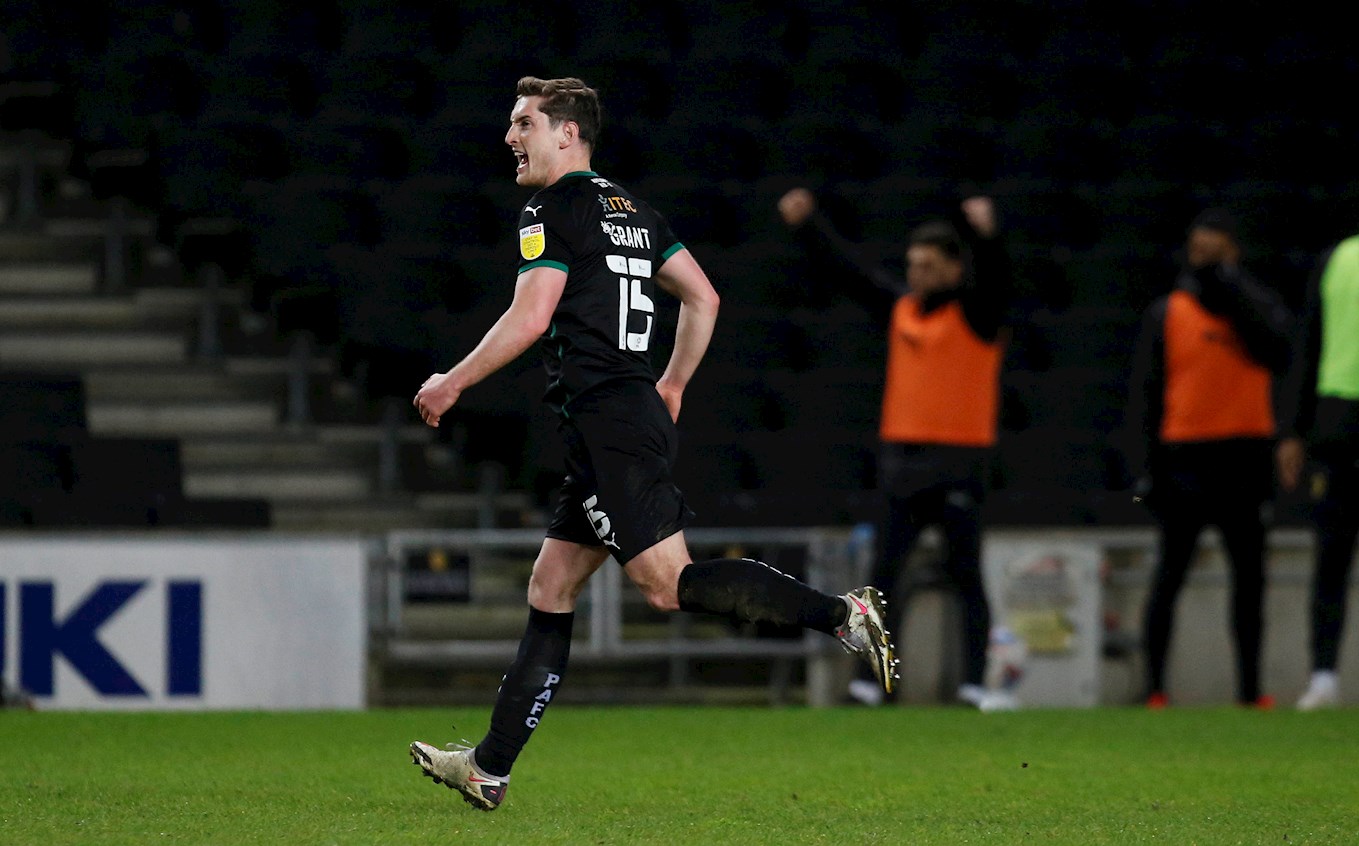 Conor Nominated for Goal of the Month

Argyle midfielder Conor Grant's thunderous strike against Milton Keynes Dons has been nominated for Sky Bet League One Goal of the Month award for March.

The midfielder, who has developed a reputation for scoring long-range efforts in his three seasons at Home Park, thumped a long-range rocket past Dons keeper Andy Fisher in the 2-1 defeat at Stadium MK.

It is the second time that Conor has been nominated for the award this season, having been shortlisted for the November award following a superb free-kick in the 4-2 victory over Swindon Town at Home Park.

The Everton Academy graduate is up against Lincoln City's Morgan Rogers and Peterborough United's Siriki Dembele, for their goals against Ipswich Town and Rochdale, respectively.

The award is decided by a social media vote, and the Green Army can support Conor by visiting the Sky Bet League One Twitter page.

Voting closes at 3pm on Monday, with the winner announced next Friday.