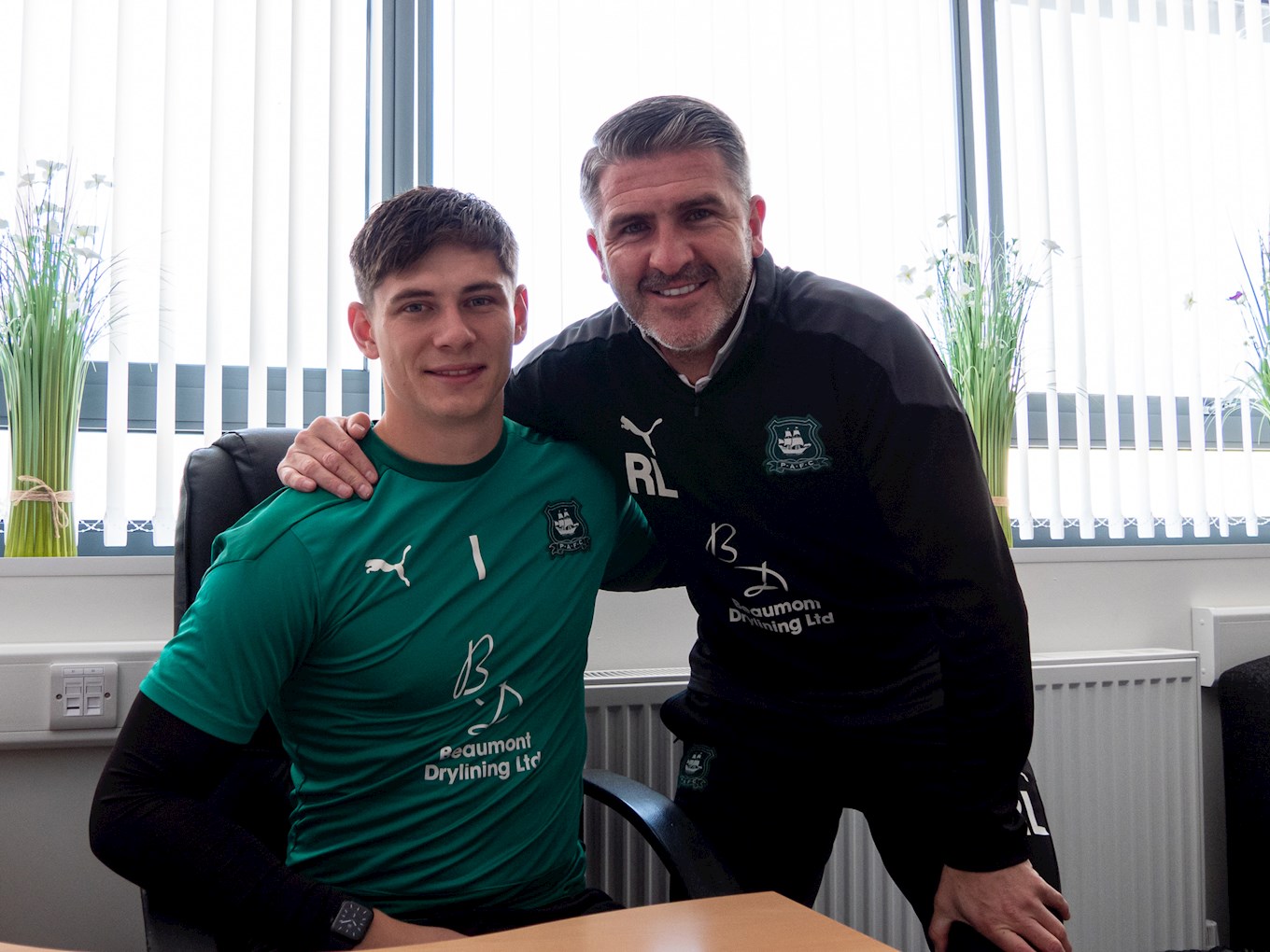 On the day that he was named the Greens' Young Player of the Season, goalkeeping prospect Mike Cooper has penned a new long-term deal at Argyle – keeping him at Home Park until the summer of 2024.

The Argyle Academy graduate’s original contract was scheduled to expire at the end of next season, but the popular youngster’s impressive performances this campaign, coupled with his willingness to commit his future to the club, made the extension an easy exercise for all parties.

Mike said: “I got pulled to the side about a month or two ago and the manager said we want to give you a new deal – to which I said ‘100%, love that’. I’m really excited, really happy to pen another three years with my club.”

Cooper has been in the Pilgrims’ system since the age of nine, but the 20/21 season marked his breakthrough campaign as first-choice goalkeeper after a number of years as understudy – and he has been an ever-present in Sky Bet League One this season, with two games to go.

The deal rounds off a busy day for Cooper, who was also voted runner-up to wing-back Joe Edwards for the senior Player of the Season award.

He said: “I’m a bit taken aback by it, to be fair, I just want to say thanks to everyone who has voted for me, the support has been much appreciated this season. I am just really grateful to receive the award.

“It means a lot, coming into my first full season, having all the backing that I’ve had has been a massive help for my confidence, and probably exceeded a few of my expectations, to be fair. All in all, I’m really happy with how my year’s gone personally, and I hope to take it into next year.”

In a season full of new experiences and challenges, Cooper cites the 1-0 win over Accrington Stanley at the Wham Stadium as his stand-out moment, where he made a string of stunning late stops to preserve three points in sub-zero temperatures.