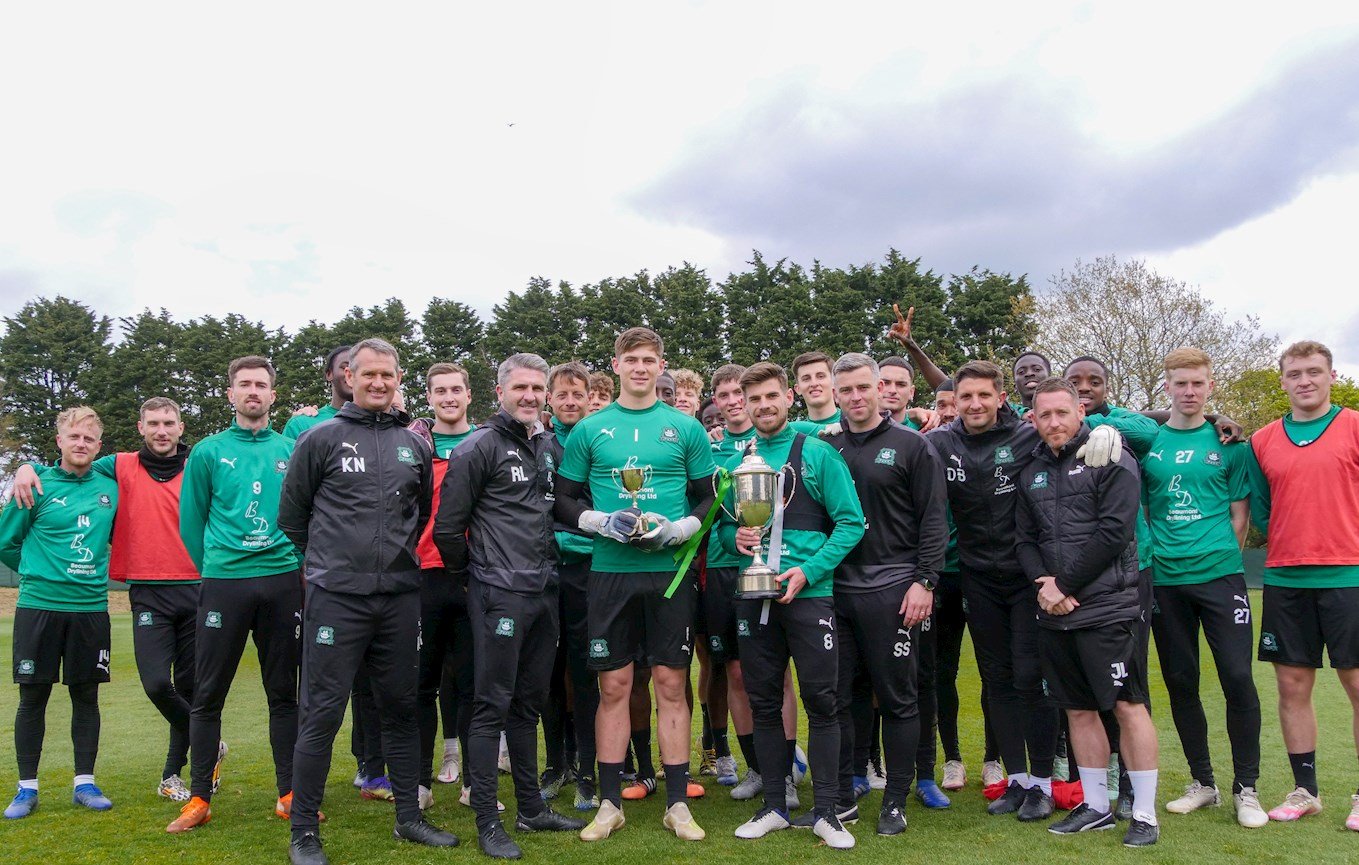 In his second season at Home Park, 30-year-old Edwards has enjoyed the best goalscoring return of his career so far, netting eight times in all competitions this campaign – with only top goalscorer Luke Jephcott ahead of him in the scoring charts.

Having begun his Argyle career in the holding midfield role, Joe has grown increasingly comfortable operating on the Pilgrims’ right flank, combining his durability and consistency of performance with the knack of scoring goals at crucial times.

The Bristol City Academy graduate, who has worn the captain’s armband for the majority of the season in Gary Sawyer’s absence, netted the Pilgrims’ first competitive goal of the campaign in a 3-2 Carabao Cup victory over QPR at Home Park in September. In January, he proved a cup hero once again, scoring the winner in a 3-2 victory at Huddersfield Town in the Emirates FA Cup.

In league action, a late double in a come-from-behind 4-3 victory over high-flying Lincoln City at Home Park in February epitomised Joe’s never-say-die spirit, while a last-minute equaliser at in-form Blackpool a few weeks later took the Pilgrims one step closer to their target of consolidation in Sky Bet League One.

Young Player of the Season Cooper finished runner-up for the senior award with 18% of the vote, narrowly beating midfielder Conor Grant (17%), who chipped in four spectacular goals - including the Sky Bet League One Goal of the Month for March - and 12 assists in all competitions.