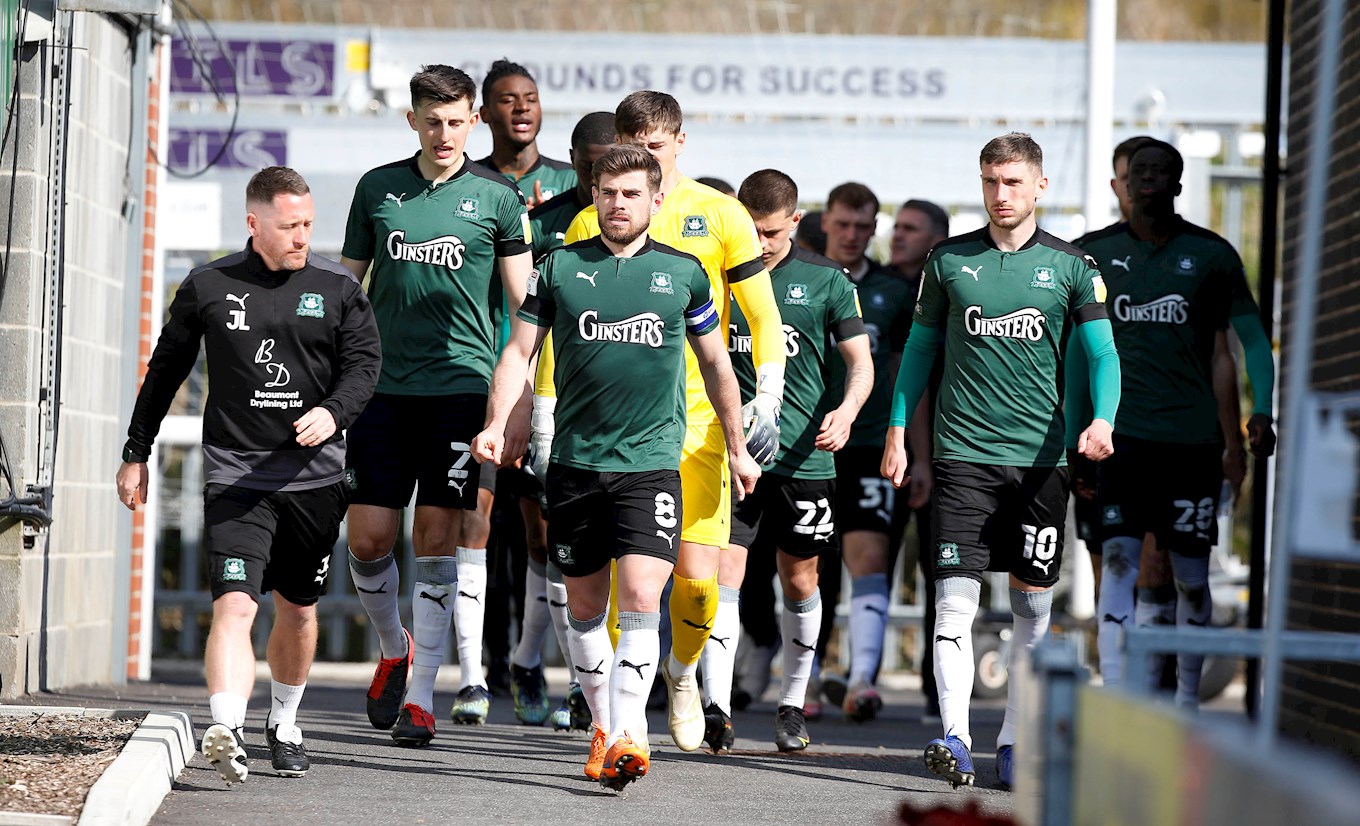 Argyle captain Joe Edwards felt that the Pilgrims played were guilty of playing with naivety during their 3-0 defeat against Sky Bet League One table-toppers Hull City on Saturday afternoon.

The league leading visitors showed a ruthless efficiency in taking their chances at Home Park, with goals from Keane Lewis-Potter, Josh Magennis and Greg Docherty condemning the Pilgrims to defeat.

Joe said: “We knew it was going to be a tough game, they’re a good side, top of the league, and we knew we had to bring our ‘A’ game. We’re just disappointed with the goals we conceded and the mistakes that led to the goals, really.

Having fallen behind early in the game, the Pilgrims grew into the contest, and began the second-half on the front foot, with Danny Mayor coming close to restoring parity just moments before the Tigers added a second following a defensive lapse.

Joe said: “It’s a little bit of naivety, it’s probably where we are at the moment in terms of our season. We’re just as disappointed as anyone, the lads really want to do well for this club and at the moment it’s not going the way we want it to.

“They are a good side, but at times we played well and were well in the game. We shot ourselves in the foot a little bit with the goals and that’s the frustrating thing. Ultimately, we haven’t got the result or the performance that we wanted. It’s going to be a tough week working on things to do better.

“These things happen, we’ve got a young team, still learning, still making mistakes, but you’ve got to come through it and make sure it doesn’t happen again. That’s our challenge, for us as a team and individuals, to make sure you don’t repeat these mistakes. We’ve got five games left and we need to put some good performances together.”

The Pilgrims lie 14 points clear of the Sky Bet League One relegation places with five games to go, but Edwards is adamant that the team are determined not to allow the season to peter out.

“We’ve got an honest group of lads, no-one likes losing, and it’s down to us as individuals to make sure that we take responsibility for ourselves first. Once you do that, you can bring others with you. We’ll have a tough week working on things, we know what’s expected in terms of a reaction. If you work hard, the fortunes will turn around.”