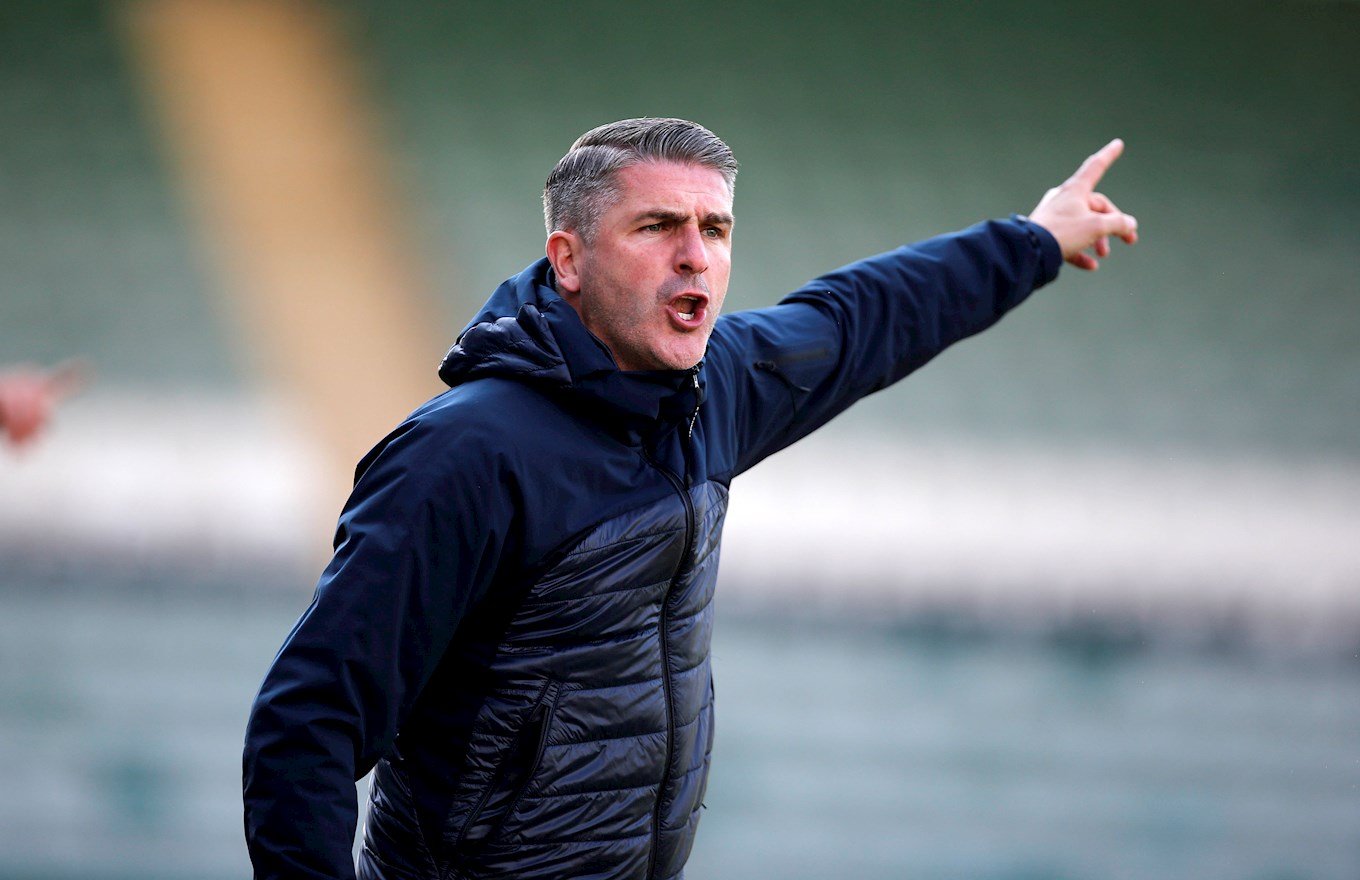 The Greens trailed 1-0 at the interval after Keane Lewis-Potter’s early strike, but grew into the game against their high-flying opponents.

Having come close to scoring an equaliser moments earlier, the Pilgrims conceded a sloppy second goal just before the hour through Josh Magennis, before Greg Docherty rounded off a difficult afternoon with a smart finish.

Lowe said: “Definitely disappointing, I thought we were well in the game. I thought the first goal knocked us a little bit. In transitions, we need to look after the ball carefully, and we didn’t. It allowed them to take a quick free-kick, [we] left some [players] unattended and then we’ve gone to the ground too early.

“We’ve gone in at half time being well in the game, we had more possession, we had more chances, and second half we make a mistake and an individual error that’s cost us.

“They’re a good team, Hull City, we know we couldn’t give them half a chance let alone three or four chances, and that’s what we’ve done. Every time they went through, they looked like scoring.

“We did get up there a few fair bits, and Niall [Ennis] and Luke [Jephcott] caused a few problems early on, and Danny [Mayor]’s getting down that side, some balls are coming in the box and Pan got in and he had one blocked.

“We work on those patterns to get in those areas, and you’ve just got to have that ruthless edge.”

Following the defeat to the Tigers, Lowe expressed his desire to see his players take responsibility for individual mistakes and defensive lapses, which have been his young side’s Achilles heel this season.

“I think it’s individuals that need to take a look at themselves and see what they can do better. It’s small details like keeping the ball, being stronger in a tackle and not taking any chances.”

The Pilgrims have five fixtures remaining in their first season back in Sky Bet League One, and Lowe has not ruled out making selection changes in the final weeks of the campaign.

He said: “The personnel might change in terms of who plays. We’ve just had Lewis [Macleod] come back from a little bit of a niggle and injury, [but] we’ve lost Conor [Grant] today.

On the midfielder’s injury, Lowe said: “He was just a bit stiff from Monday. He’s got a bit of a tight groin, so we’ve had it checked and he’s probably a week to ten days away so there’s no way we could risk him. Conor has been a different class all season, he’s one that we’ve missed, so I’m disappointed with that but there’s nothing we can do.

“The lads coming on the pitch have got to give us a bit more because we’ve got five games [left] and I don’t want the season to peter out.

“We’ve got to get back to being ruthless, not making any individual errors and mistakes, collectively as well, and then hopefully [we’ve] got half a chance of winning games.”