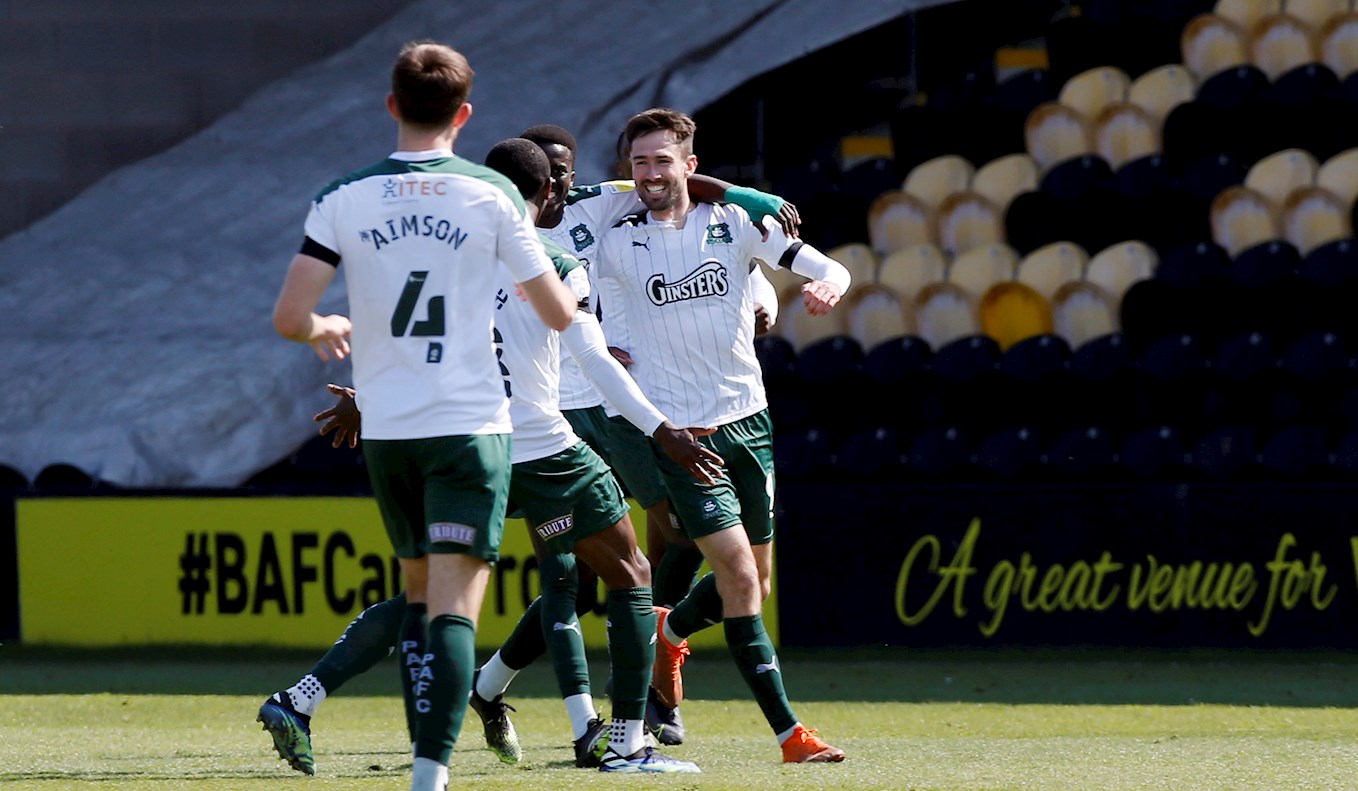 Argyle striker Ryan Hardie admitted that his teammates felt deflated in the aftermath of their 1-1 Sky Bet League One Draw at Burton Albion.

The Scot’s deft lob in the 69th minute looked to be sending the Greens to their ever win at the Pirelli Stadium, but a stoppage time equaliser from substitute Ryan Broom saw the points shared.

Hardie said: “[We] fought hard for 92 minutes of the game and then one mistake, or you could say one misjudgement, cost us. We’re all very disappointed. We’ve got to start seeing out those games, we’ve got to win 1-0 sometimes.

“Sometimes you’ve got to change the way you play, and I think we did that, we adapted. They went long more, and then we had to go long more which, from the front to the back, we dealt with really well in most situations.

“I think conceding a goal just knocks everything. If we [won] 1-0 then we would say ‘what a performance’ but, at the end of the day, we want to get three points.”

On a personal note, though, the former Rangers striker had a positive afternoon, marking his return to the starting eleven with his fifth Sky Bet League One goal of the campaign.

On his goal, Hardie said: “I’m always on the last man waiting for an opportunity and I got a bit of space, the ball got played over the top, I saw the ‘keeper off his line when he came out, and thankfully when it bounced it when in instead of onto the bar or over.”

The draw at the Pirelli Stadium, alongside other results, have left the Pilgrims on the cusp of guaranteed Sky Bet League One football next season. Despite this, Ryan is adamant that he and his teammates will strive to pick up as many points as possible in the remaining games.

He said: “You’ve got to go to every game looking for maximum points. We came [to Burton] wanting to get three points, but we just need to go again Tuesday with the same mindset and the same mentality that we’re going to go and get three points.”