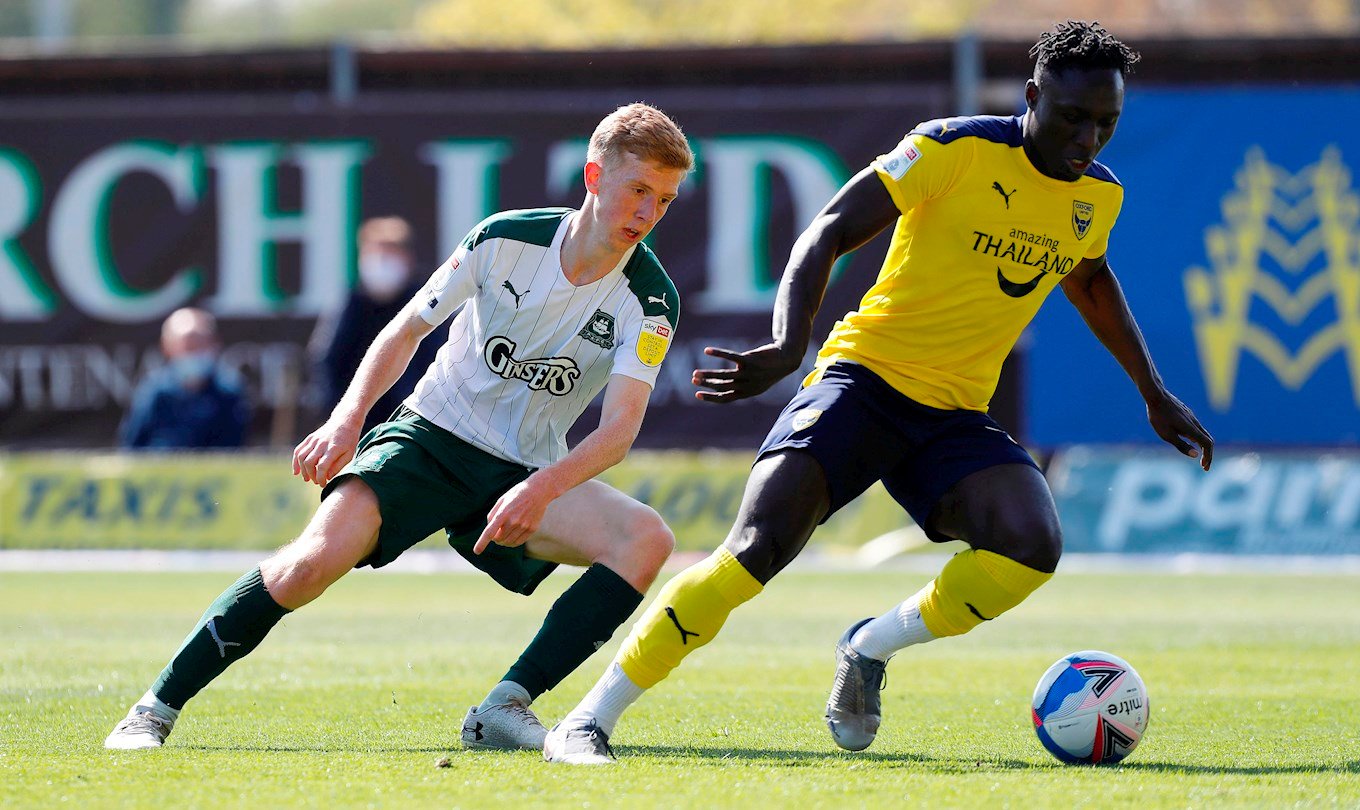 It’s been a whirlwind week for Academy graduate Ryan Law, who returned from his loan at National League promotion hopefuls Torquay United to make his long-awaited full league debut at Argyle.

Having started - and played well in the circumstances - against Charlton Athletic in midweek, Law retained his place in the starting eleven at Oxford United, and once again performed admirably against top-six opposition.

Speaking after the 3-1 defeat at the Kassam Stadium, Law said: “We started the game well, and I thought we were the better team for pretty much most of the game, to be honest. It’s just easy goals which we have got to stop, really. We worked really hard in the game for that chance.”

Working hard for opportunities is a recurring theme for the left-sided defender this season, with Law experiencing a short spell at National League South side Chippenham Town before the season was curtailed as a result of increased coronavirus measures, before heading to Torquay on a 28-day loan.

“I went to Chippenham just before Christmas, I did well there but obviously COVID cancelled that season. I came back [to Argyle], but wasn’t really playing, just in the stands for some of the games, and on the bench for a couple. I went to Torquay, and played pretty much every game there.

Law’s month at Plainmoor, where he made eight appearances, impressed Argyle manager Ryan Lowe enough to offer him a first-team opportunity at Home Park, despite the Gulls’ interest in extending his stay on the English Riviera.

“I will keep an eye on their [Torquay's] results and I am hoping that they can get promoted, and obviously Adam [Randell] is doing well there too. But I am focused on trying to do as well as I can in the remaining games of the season at Argyle.

“It’s my third year as a pro, and I’m happy to have the chance, and I just want to keep in the team and keep playing. There’s two games left, and hopefully I can start both of them.”

While the rigours of League One football are new to Law, he has familiar teammates to guide him through the experience, with Academy colleagues Michael Cooper and Luke Jephcott first-team regulars this campaign.