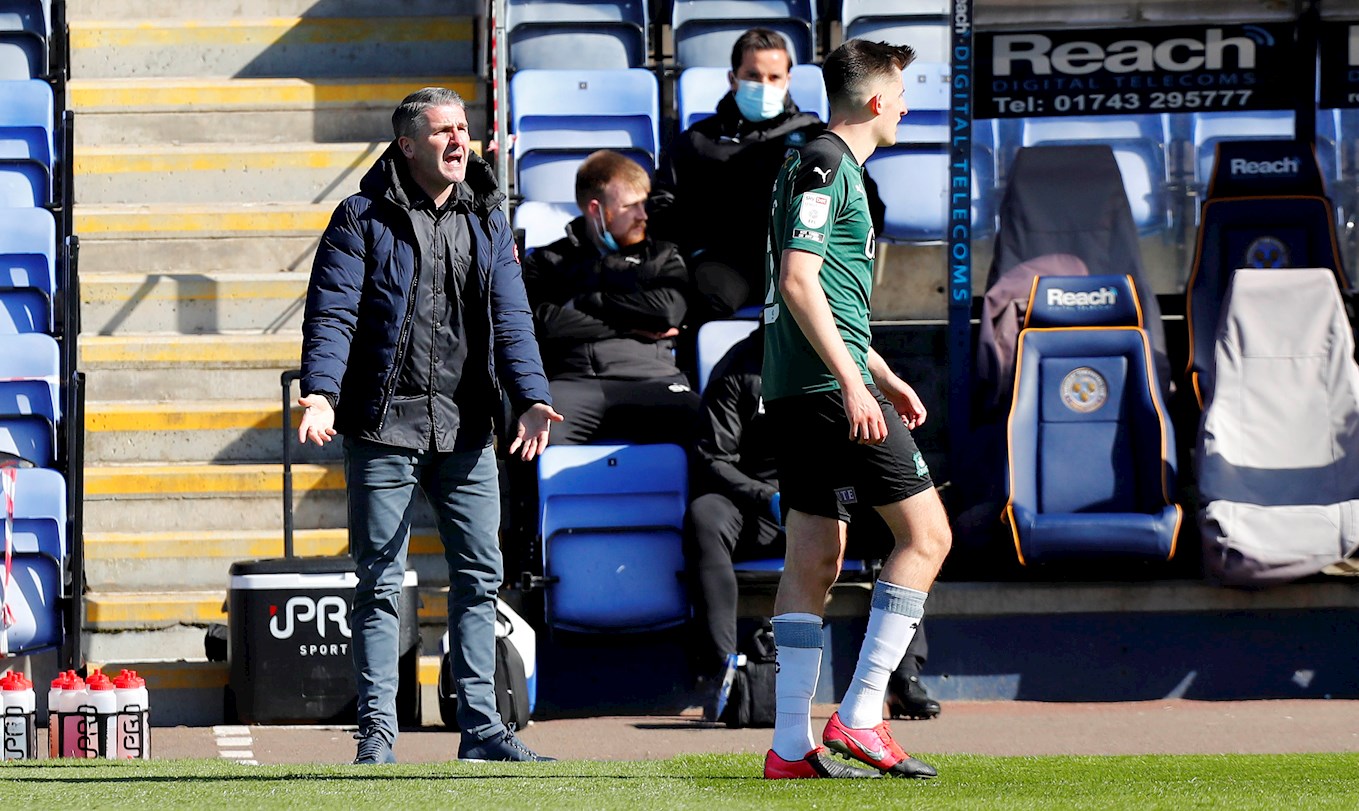 Argyle manager Ryan Lowe was scathing in his assessment of the Greens’ performance in their 3-0 Sky Bet League One defeat at Shrewsbury Town on Easter Monday.

After a largely uneventful first half at Montgomery Waters Meadow, the Pilgrims conceded three second half goals to leave Shropshire empty-handed – and the Argyle manager was frank in his appraisal of his side after the match.

He said: “That didn’t epitomise me, that performance, especially the second half. After the first goal, they crumbled right under. It’s our worst attacking performance since I’ve been a manager, let alone at Plymouth Argyle: three shots, one on target, didn’t create anything, and never had a shot in the first half.

“It’s very rare that I’ve come out and done this but that was disappointing, and I apologise to everyone that was watching because that’s not acceptable. We can make all the excuses under the sun, but I’m not making any.

“[Shrewsbury] had more energy than us, they had more determination than us. Their defenders were on the front foot and we were very reactive instead of proactive. Up to the top end of the pitch, it just fizzled out, there were no shots.

“I’ll never single them out, but they know collectively as a group that it wasn’t good enough. What disappointed me is the attacking options and the players we’ve got, but we didn’t threaten them.”

Lowe expressed frustration in each of the three goals his side conceded, stating that his players did not execute the instructions given to them in the build-up to the game.

He said: “We say send the man outside, that’s a rule, and [for the first goal], they’ve let some come inside and get a shot deflected. The second one we chose to go back where his middle centre-half should be and he wasn’t there, and you’re giving it to the player who’s going to put it in the back of the net, and that’s what he [Shaun Whalley] did.

“The third one was a disgraceful one as well, we let him [Nathanael Ogbeta] come inside, on his right foot, and he puts it in the bottom corner.

The Greens will need to bounce back, and quickly, ahead of Saturday – where they face league leaders Hull City at Home Park.

Lowe said: “They’ve got no choice; they’re going to have to show a reaction. We can’t gift any teams goals in League One, so they’ve got to put it right.

“We’ve got to do the right thing by the group, because they’ve had two games in a short space of time. We’ll have to recover them properly and we’ll have to get back on the training ground and put it to work.

“We’ve got another tough game against top-of-the-league [Hull City] on Saturday. They’ve got to make sure that they perform to the best of their ability because I won’t accept performances like that.”