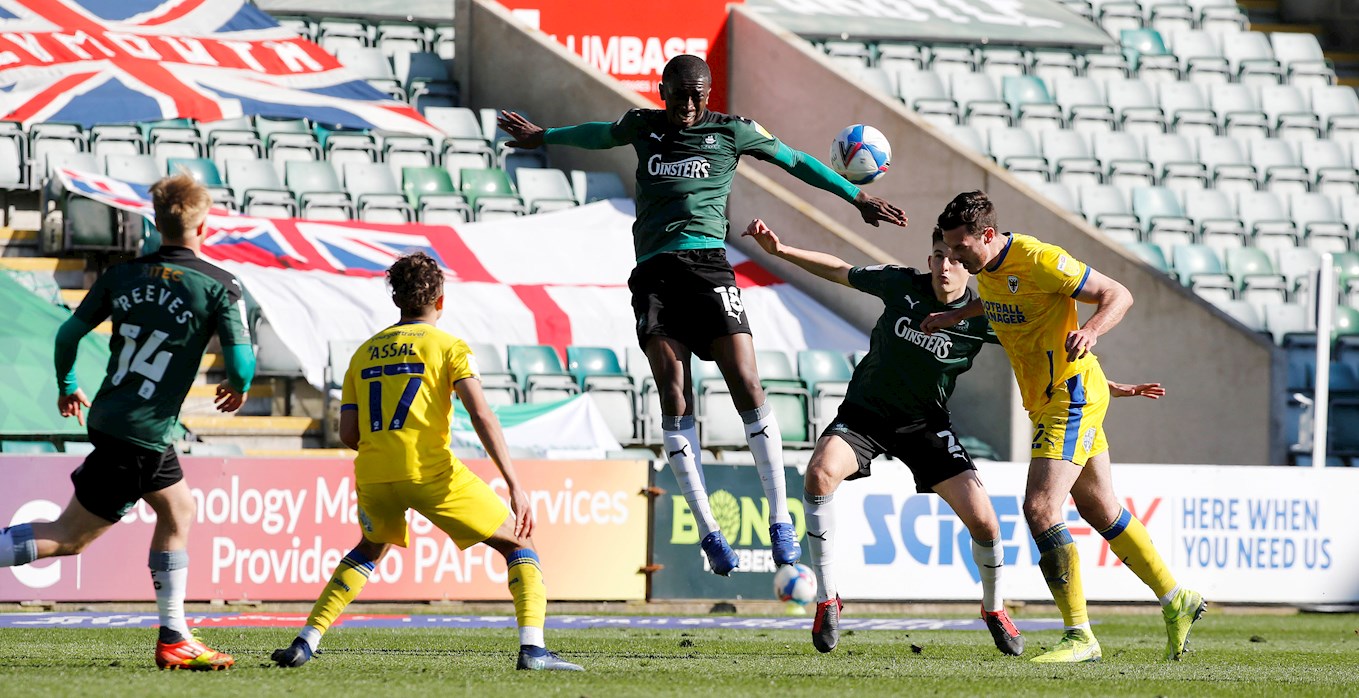 Argyle midfielder Tyrese Fornah admitted he was thrilled for match-winning teammate Sam Woods, whose 11th-minute strike proved the difference as the Greens ground out a battling 1-0 Sky Bet League One victory over AFC Wimbledon at Home Park on Good Friday.

After a period of pressure following a corner, Fornah’s low cross from the right flank was deftly converted by the Crystal Palace loanee for his first goal in Argyle colours.

Tyrese said: “I’m really pleased for him [Sam], he’s had a tough time not being in the team. He didn’t allow things to get to him, and it was a pleasure to set him up today."

On his assist, the Nottingham Forest loanee said: “I’m good in tight areas, I like to think I’ve got good feet. I tried to get a little move on the defender, so I had room to make a cross for Sam, and luckily today Sam was the guy that created a goal for himself.”

The Greens enjoyed the lion’s share of the chances in the first period, and could arguably have been further ahead by the interval, before a second-half fightback from the Dons forced Argyle to evidence their defensive credentials to secure the win.

“I thought first-half we played really well. The game plan was to try and move the ball out wide to our full-backs, and from there break – because we’ve got the ability in the team to get forward as quickly as we can,” said Tyrese.

“Second half it was a bit tougher because they came at us. Obviously, they were a bit disappointed with their first-half performance. They’re a good team, and they’re battling, as we all know. For us, it was about not conceding in the second-half and maintaining the win, which we did.”

With manager Ryan Lowe tweaking the Pilgrims’ regular tactical shape in recent weeks, Fornah feels he has been given more freedom to create from the base of midfield, and his assist on Friday serves as an example of his emerging attacking qualities.

However, when goalscorer Woods was withdrawn from the game in its closing stages, it was at the opposite end of the pitch where Fornah was deployed - operating as a centre-back.

“I wasn’t expecting it, but Sam came off injured and the Gaffer needed me to do a job in the team. We got the win, so I’m not complaining! For me, it was just about filling in in that position, I’ve played there before, and I just had to do the job.”

Despite picking up another three points and climbing to 14th in the Sky Bet League One table, Fornah admits that he and his teammates were disappointed that they could not maintain their first-half performance levels for the duration of the game.

“It was frustrating. The Gaffer prides himself on having a possession-based team, and second half, if I’m being honest, we weren’t that. It’s a bit of a balance, we had to defend because we didn’t have the ball, and we had to be strong and resolute. We’re all frustrated, but the main thing was to get the three points and keep the wins going.”