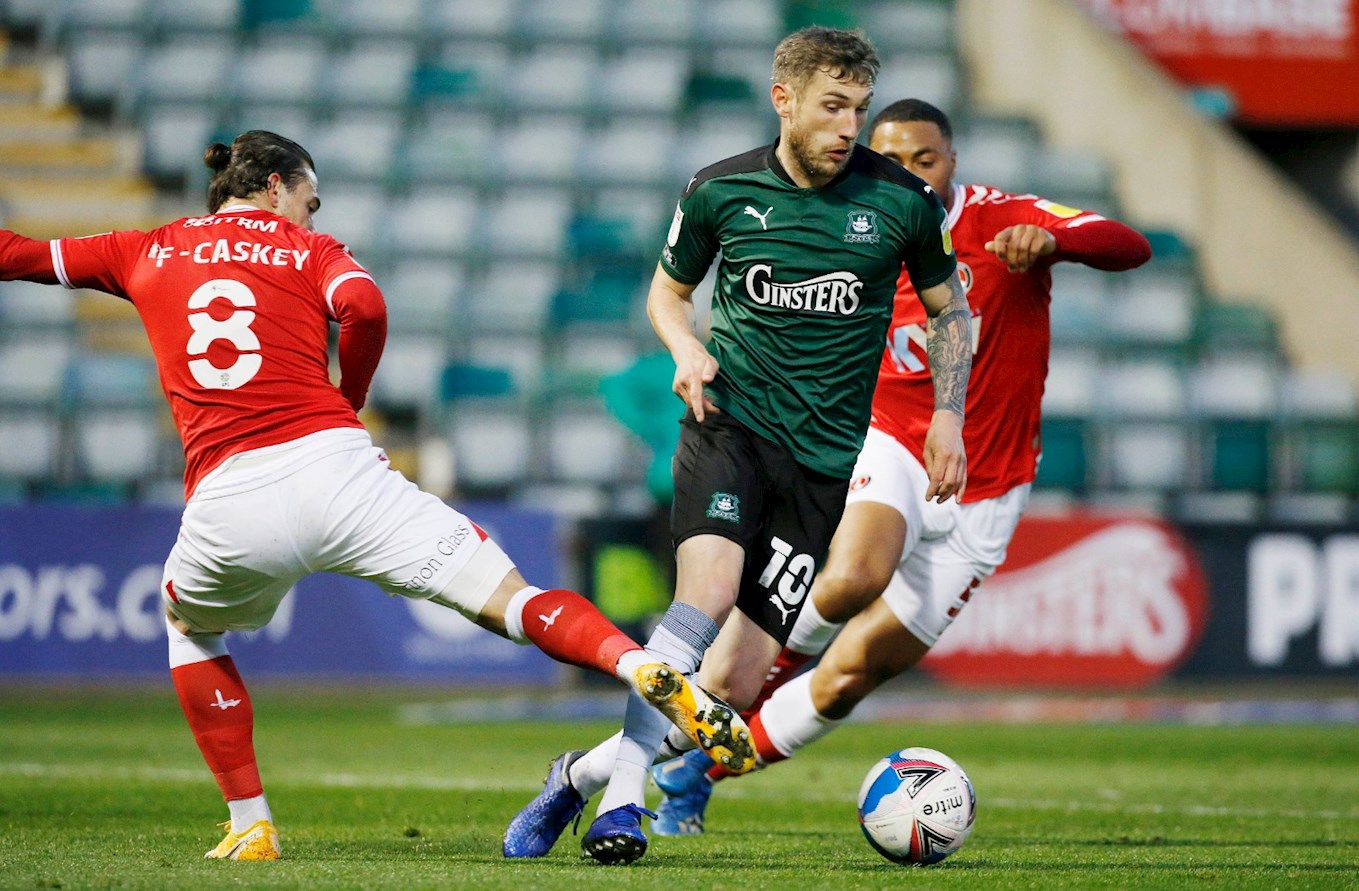 Jake Forster-Caskey opened the scoring and Jayden Stockley headed in number two on the stroke of half-time. A Kelland Watts own goal and Alex Gilbey’s strike was the worst possible start to the second period, with Liam Millar adding a fifth on 56 minutes. Chuks Aneke completed the scoring in the dying seconds.

Argyle boss Ryan Lowe made four changes from the weekend draw at Burton, with Sam Woods replacing Jerome Opoku in defence, Luke Jephcott came in for Niall Ennis up front, youngster Ryan Law was given his chance in place of Adam Lewis on the left flank and Lewis Mcleod took the deep midfield role from Tyrese Fornah.

Charlton manager Nigel Adkins made two alterations from the 0-0 draw at home to Ipswich, with Ben Watson and Akin Fanewo replacing Ryan Inniss and Darren Pratley.

The Pilgrims started with a barrage of corners and maintained that momentum with some delightful flowing football, including a beautiful interchange between Law and Danny Mayor creating room for a Jephcott shot charged down by Jason Pearce.

Law was enjoying a very confident opening, as Argyle continued causing problems down that side, with Mcleod next to deliver a near-post cross glanced narrowly wide by Ryan Hardie. The Addicks took 20 minutes to find their attacking impetus, when Diallang Jaiyesimi cut in from the right for a low drive saved well by an alert Mike Cooper.

Charlton were in front five minutes later, as Millar surged down the left and his drilled shot was saved by Cooper, but Forster-Caskey reacted quickest to head the rebound into the far corner from 10 yards.

A fine Pilgrim response saw Mayor slip a pass wide for Law to strike ferociously first-time from the left channel, forcing Ben Amos into a full-length save. Law, again, popped up to slide the ball to Panutche Camara for a drive blocked by the visitors.

A whipped cross from former Pilgrim Ben Purrington very nearly found the run of Stockley, as Byron Moore replaced the injured Will Aimson, but the Greens finished the first half with a painful suckerpunch, as Stockley dived low to head a dipping cross from Adam Matthews past the stranded Cooper at the near post.

A delicious cross from Moore opened the second period and the loose ball fell to Joe Edwards, who was thwarted by a goalline block. Seconds later, Argyle were further behind, as a Millar shot ricocheted off Watts and dribbled into the corner for an unfortunate own goal. Sadly, three turned to four, when Gilbey swept home a fine finish from the edge of the box.

Despite the score, Argyle were playing some good football in attacking areas but it was a brutal night defensively, as a low cross from Jaiyesimi was dummied by Stockley and Millar calmly slotted into the bottom corner.

Ennis and Ben Reeves were introduced for Hardie and Mcleod on the hour, as the Pilgrims tried to find the minor consolation of a goal after a very tough night at Home Park.

Reeves was busy in the engine room, Mayor and Law continued to provide attacking thrust down the left, but Charlton were obviously in the comfortable position of being able to keep men behind the ball.

A painful night ended with a late goal from substitute Chuks Aneke and Argyle must recover quickly for the weekend trip to Oxford.