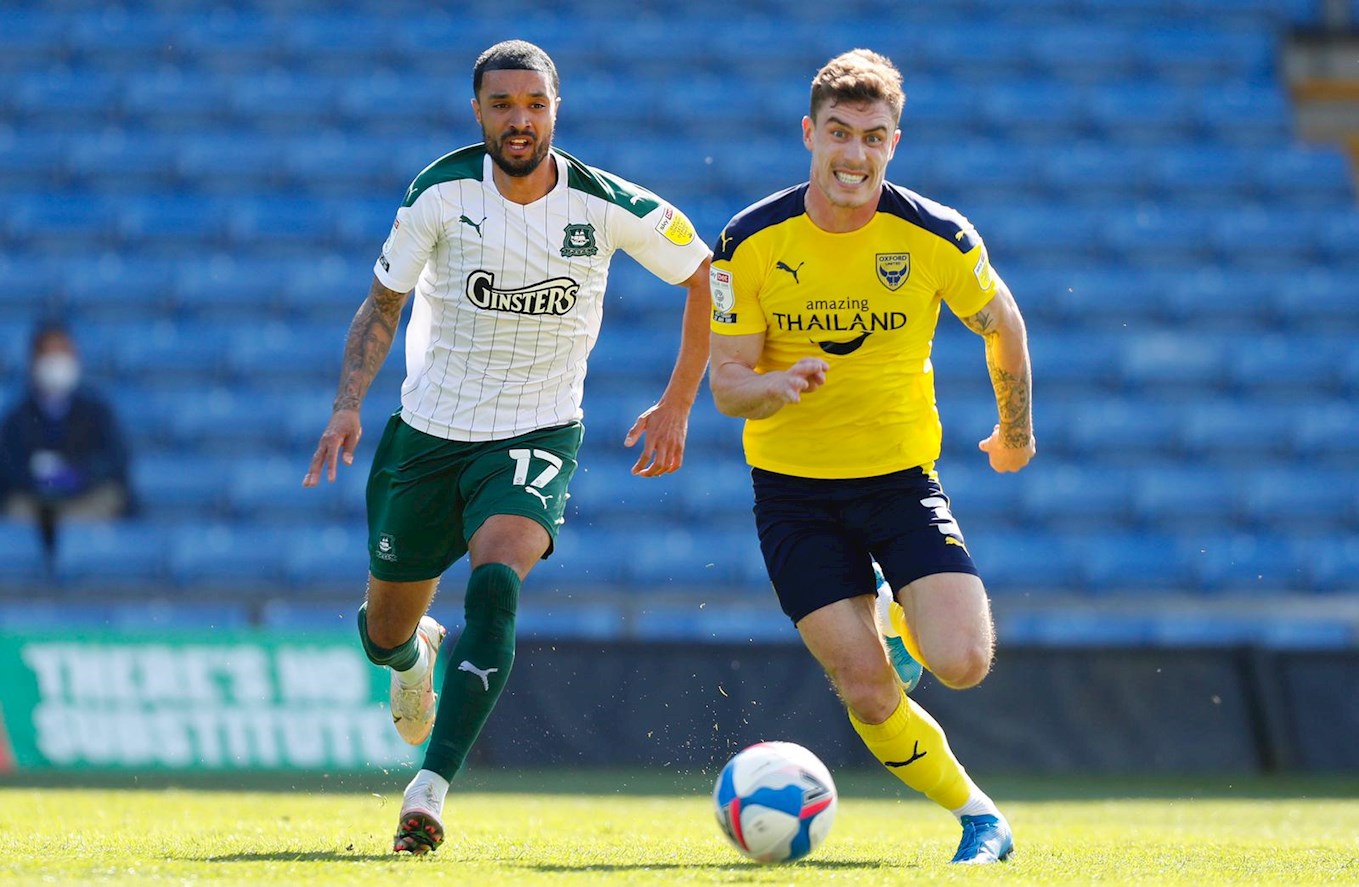 Argyle were unable to break a tough recent run after going down to a 3-1 defeat at promotion-chasing Oxford United.

An own goal from Joe Edwards was the only difference in a tight first period and Argyle started the second half in terrific fashion, deservedly drawing level through Niall Ennis.

The game then turned back in favour of the hosts, as Matty Taylor grabbed a close-range brace to seal the home victory.

Oxford boss Karl Robinson opted for just the one change after a midweek loss at Wimbledon slightly dented their play-off hopes, with Dan Agyei coming in for James Henry.

A header from Sam Long was glanced narrowly wide after an early Oxford corner and Olamide Shodipo had a similar nodded effort that fell off target. Goalkeeper Mike Cooper then safely snaffled a drive from distance.

Argyle settled into the spring sunshine with some diligent work in midfield, ably led by Fornah and Panutche Camara, as Moore forced a move down the right and he headed the rebound from his own cross against the outside of the post.

The Greens moved the ball beautifully wide to the left through Ennis and Danny Mayor jinked inside for a shot blocked by Elliott Moore. Ennis continued his bright start with a run and low cross repelled by good handling from home custodian Jack Stevens.

Brave goalkeeping from Cooper thwarted Mark Sykes midway through the first period but Argyle were soon up the other end, with a scuttling low cross from Moore very nearly picking out the run of Luke Jephcott.

A free-kick from the right presented an opener for Oxford, as the whipped cross by Elliot Lee flicked off the head of Edwards for an unfortunate own goal.

Argyle responded with some determined work by Camara and Ennis, but the room for a clear shot on goal refused to arrive, and Oxford came back with a chest and volley from Sykes, excellently saved by the legs of Cooper.

The Pilgrim stopper repeated the trick with a save from Taylor’s back-post header in the final meaningful action of the first half and Argyle restarted with Mayor and Moore both trying to force a problem for the hosts.

Another courageous stop from Cooper denied his nemesis Sykes and Argyle replied with a clever move in the left channel, leading to a Jephcott shot charged down by Rob Atkinson, quickly followed by an Ennis drive that appeared to strike the hand of the same home defender.

Argyle were controlling the play, prodding and probing through Mayor, Ennis and Ryan Law, but the ball would not fall for a Green boot after some impressive build-up work.

The deserved reward arrived with a slick pass inside the left channel from Mayor and Ennis beautifully cushioned his finish beyond Stevens and inside the far post for a lovely goal that had been coming.

The Pilgrims had worked so hard to draw level, which made the second goal from Oxford particularly galling, when a low cross by Sykes was lashed past Cooper by Taylor inside the six-yard box.

Hardie replaced Jephcott for the final stages but Argyle’s race was run when Taylor grabbed his second of the afternoon, hooking the ball home from close range after a corner by Lee.

Klaidi Lolos came on for Moore in Argyle’s next change, followed by Ben Reeves and Watts for Sam Woods and Fornah, but the three points were set to stay at Oxford.