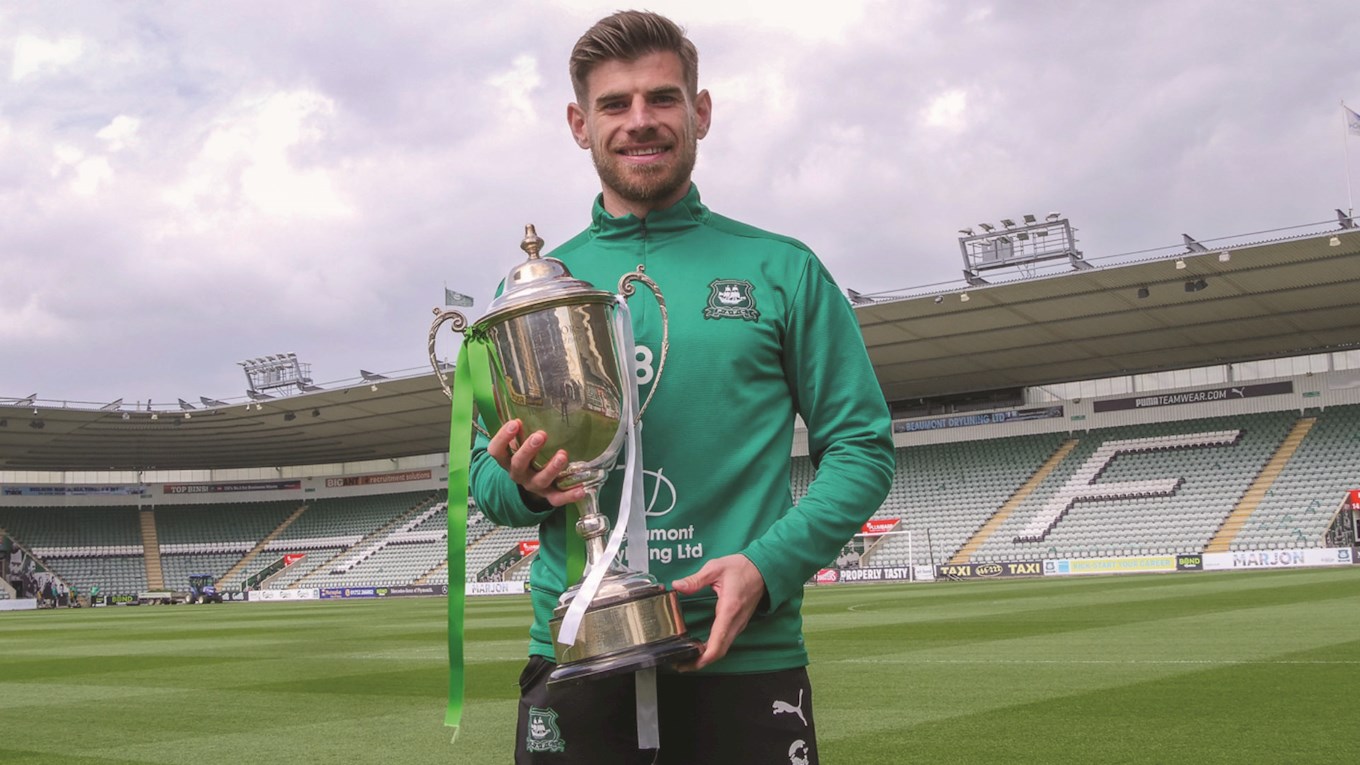 Joe Edwards expressed his gratitude to the Green Army, who voted him the Pilgrims’ Player of the Season for the 20/21 campaign.

The wing-back, who assumed captaincy duties in place of long-term injury absentee Gary Sawyer for the majority of the campaign, received 30% of the votes cast in the Greens’ end of season awards, beating Academy graduate goalkeeper Mike Cooper to the award.

Joe said: “It’s massive. I want to thank all the fans for voting for me - it’s been a crazy season, but on a personal level to win this is unbelievable and it’s a great feeling.”

“I try to give 100% every time I’m playing, and I hope that comes across on the pitch. I wear my heart on my sleeve - things may not always go to plan, but I believe in giving 100%. If you do so and give that much of an effort, the fans will really appreciate it and they have done with me so far.”

A popular player throughout his career, Joe isn’t a stranger to being a fan favourite, having won Player of the Season awards at a number of clubs, including Yeovil Town.

“I’ve won a few [Player of the Year] awards at a few clubs I’ve been at, and it means a lot when it’s voted for by the fans. It’s something to be really proud of and I know my family will be proud.

“It’s a fantastic club to be a part of with a massive fan-base. As soon as I signed down here last season, I knew it was a place I loved playing at. To win this award that has been voted for by these incredible fans, it means that little bit more. I’m very thankful for that.”

The wing-back has scored a career-best eight goals this season, including a vital 91st-minute winner against in a seven-goal thriller against Lincoln City, alongside winners against Sunderland and Huddersfield Town.

“The last-minute Lincoln goal and winning 4-3 coming back from a difficult score-line was right up there as my best goal for me. The Sunderland goal for me as well was a great achievement for us winning up there.”

Although extremely happy with his performances, goals and award recognition this season, Joe admitted it was bittersweet to win the award in a behind-closed-doors campaign.

He said: “The games would’ve been a lot better with a packed house full of fans, which is a slight disappointment, but overall, it was great to score regardless, and I’d like to thank the fans for their votes and appreciation.”