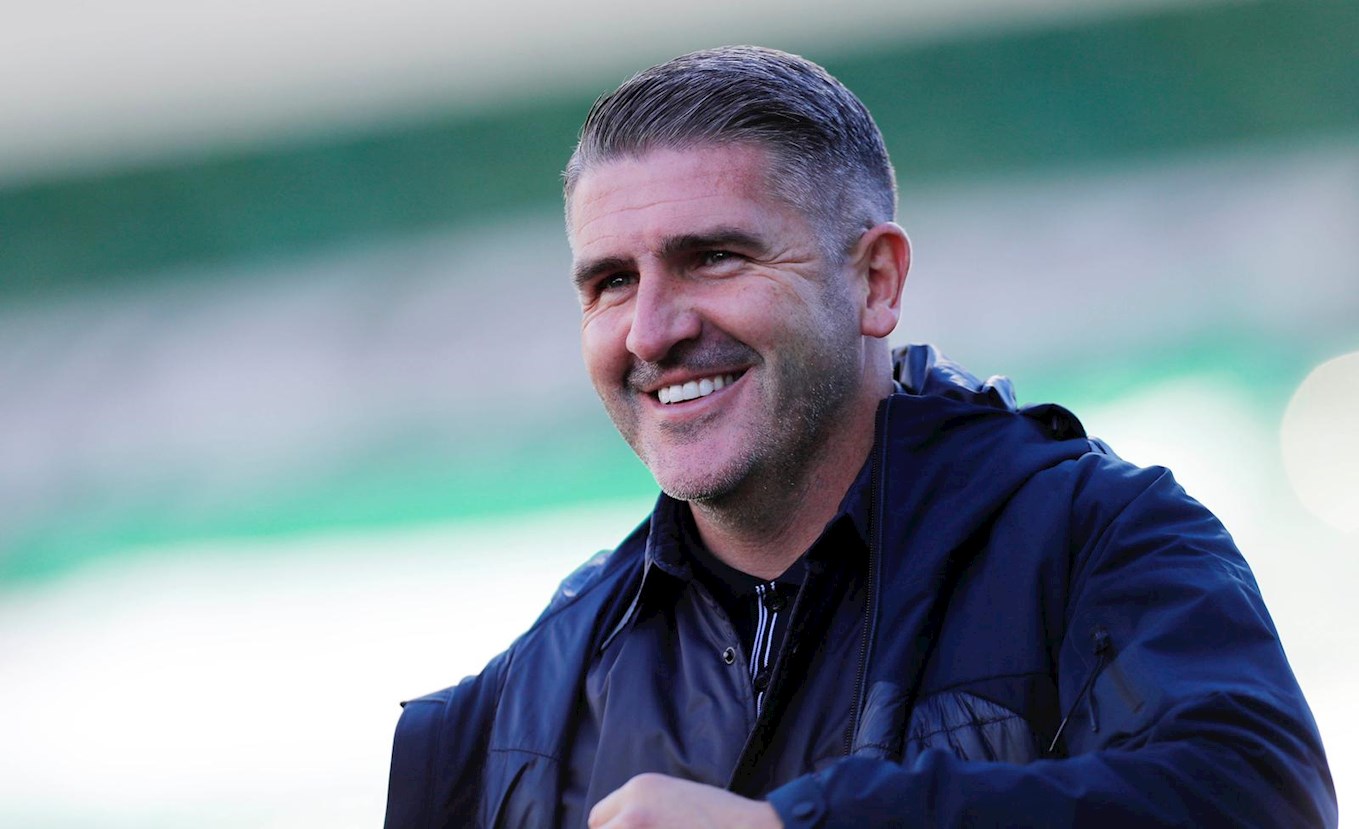 Ryan Lowe has committed his future to the Pilgrims.

The Greens’ promotion-winning manager has signed a new deal at Home Park, keeping him at the club until the summer of 2024.

The popular Liverpudlian arrived at Argyle in the summer of 2019, implementing an attractive, attacking philosophy that secured an immediate return to Sky Bet League One.

Lowe’s assistant manager, Steven Schumacher, has also agreed an extension until the end of the 23/24 season.

Argyle Chief Executive Officer, Andrew Parkinson, said: “We are delighted to be able to agree contract extensions for Ryan and Steven.

“Their personal qualities align with those we wish to be associated with the club, and they both hold ambition that matches our own.

“To achieve promotion in their first season was a tremendous achievement, while their emphasis on playing an attractive brand of football and developing our Academy graduates is very exciting for everyone associated with the club.

“We are on a journey with more work ahead of us, but this is a positive development for the football club and underlines our commitment to planning for the future.”

The club has made significant progress, on and off the pitch, in the 20 months since Lowe and Schumacher were appointed.

We remain on target to achieve our five-year objective of becoming a sustainable Championship football club, with a club-wide footballing philosophy, data-led recruitment strategy, and modern football operations structure all now in place.

With the Pilgrims’ Academy also identified as a key pillar of the club’s sustainable future, Ryan and Steven have contributed towards the restructure of the youth system at Home Park.

Upon signing his new contract, Ryan said: “I am delighted to have signed a long-term contract with Plymouth Argyle, and I’m excited to continue the project we’ve started together.

“We fit well together - this is an ambitious club, and I am an ambitious manager. I would like to thank Andrew Parkinson, the Board of Directors and Simon Hallett for making it happen.

“It was a no brainer for us, and we’ve loved every minute of it. I’d like to thank the fans for their support, it will be a lot more special when we are back together.”

Argyle Chairman, Simon Hallett, said: “I’m thrilled that we’ve been able to persuade Ryan and Steven to extend their contracts with Argyle.

“When we sought a new manager in 2019, we were looking for someone who was forward thinking about football and could help us build a foundation for Argyle’s success, both today and tomorrow.

“In Ryan, we’ve got that. He and Steven have proven to be not only forward thinking, but also willing to embrace some of the new ideas that we think will enable us to compete effectively.”