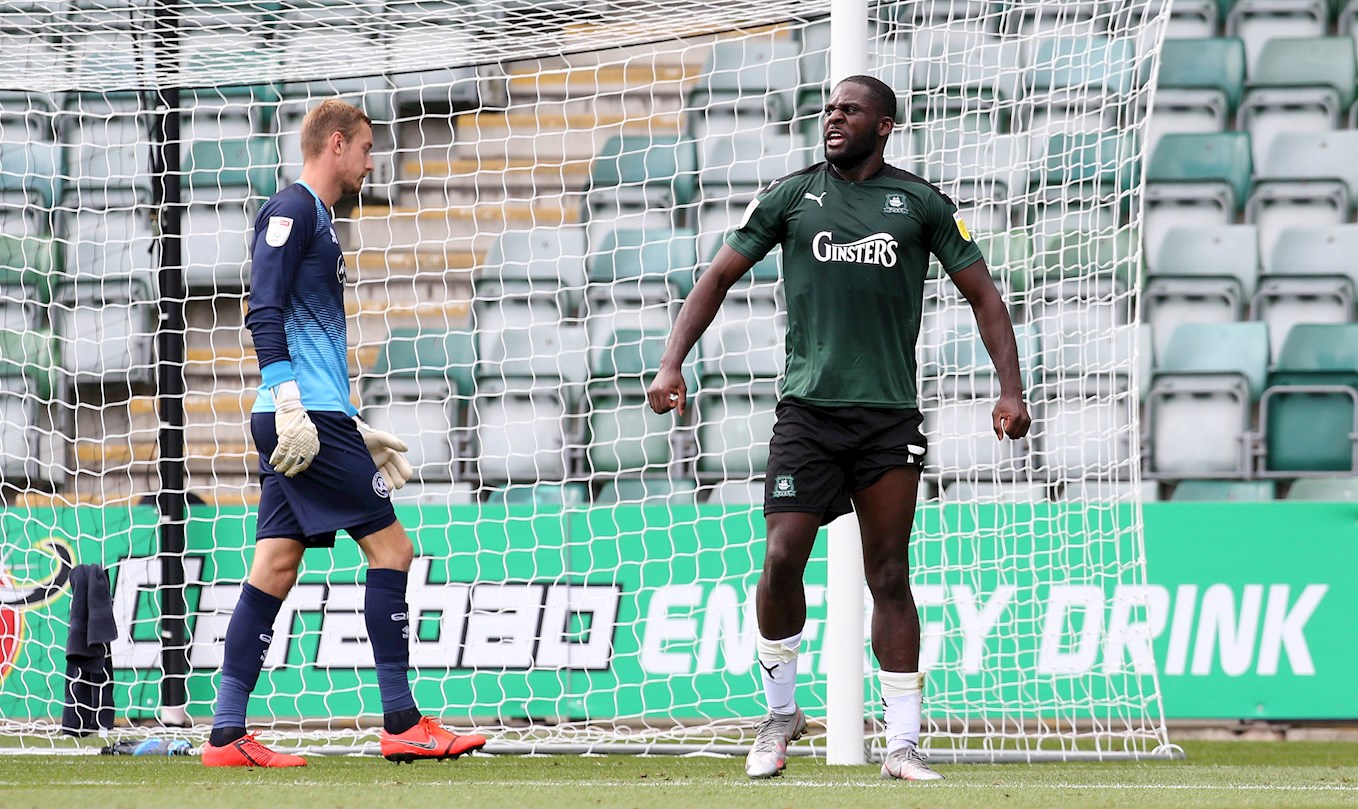 Frank Nouble has joined Sky Bet League Two side Colchester United on a loan deal until the end of the season.

The striker, 29, joined the Pilgrims from the Essex club in the summer, and has made 31 appearances in all competitions this campaign, netting twice from 15 starts.

Frank marked his Argyle debut in some style, hitting a sweetly timed winner as the Pilgrims defeated Queens Park Rangers in the opening round of the Carabao Cup at Home Park.

His first league goal came a few weeks later, a headed opener in the 2-1 home victory over Northampton Town in October.

Argyle manager Ryan Lowe said: “Frank had been a regular starter earlier in the season, but has found game time limited of late.

“He spoke to me, and said that he felt he needed to be guaranteed more football. We could not offer that at the moment.

“When the approach came from Colchester, we spoke to Frank, and he was happy to do it. He wanted to go and perform and earn a contract for next season.

“As I have been clear, I would not want to stand in anyone’s way who wants to move on. I want players fighting for places in the squad that we are building here, and I feel we have made great progress in the January window.

“We thank Frank for his contribution to the team, and wish him well for the rest of the season.”