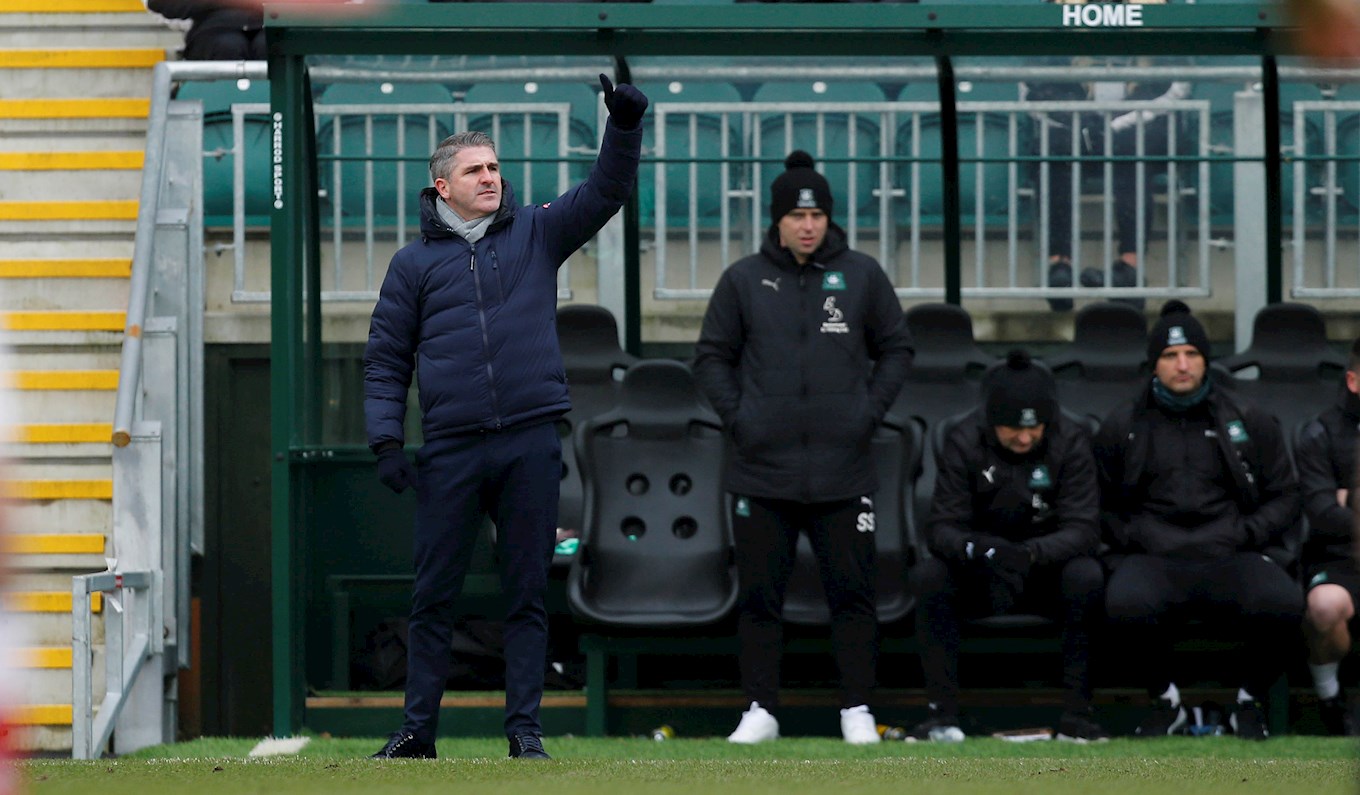 Argyle manager Ryan Lowe spoke of his pride in his team after the Greens secured a well-earned 1-0 win over Fleetwood Town at Home Park.

A solitary first-half own-goal was enough to ensure that the Pilgrims bagged their second win on the bounce, which sees their unbeaten run of 2021 increase to eight games.

Lowe said: “I’m feeling good, feeling proud of the boys. I thought they executed the game plan. The way we worked our patterns and the football we put on show, I’m really pleased.

“When you have hiding from a team like Fleetwood Town, early on in the season, that’s in the back of your mind psychologically and we had to make sure our lads weren’t worried about that."

The Pilgrims created plenty of opportunities on another freezing February afternoon, but were unable to extend their advantage. In the end, a resolute team performance ensured that the extra goal was not required.

Lowe said: “We possibly could have scored a few more goals but, ultimately, I’m just pleased with the three points and a clean sheet. It was an own goal, but someone was there ready to tap it in.

“The wind was heavy, and we had to deal with that in the first half, we had to slow it down and play our patterns, keep the ball moving.

“Every one of [the players], to a man, was very good with the conditions. I don’t like to make excuses, but they did play a part in the way we tried to play, balls were running out and we didn’t want that, but we were very comfortable in the game.

“We could only score one, which was an own goal, but it was still pleasing. I thought the way the lads adapted themselves to the game plan and everything else today was a different class.”

The 1-0 victory has elevated the Greens to ninth position in Sky Bet League One, just three points off the play-off places, but the Argyle manager is encouraging his players to stay in the moment and focus only on the next game – at Rochdale on Saturday.

He said: “It’s another three points. We won’t get too carried away, we will just keep hopefully picking them up, and see where it takes us.

“Credit goes to the lads; they’re believing, they’re sticking to what we want, the principles, the philosophy, they’re not coming away from that. They’re being brave and we are asking them to take risks.

“In terms of the staff and the players there’s a great togetherness, a great feel, a great bond.”