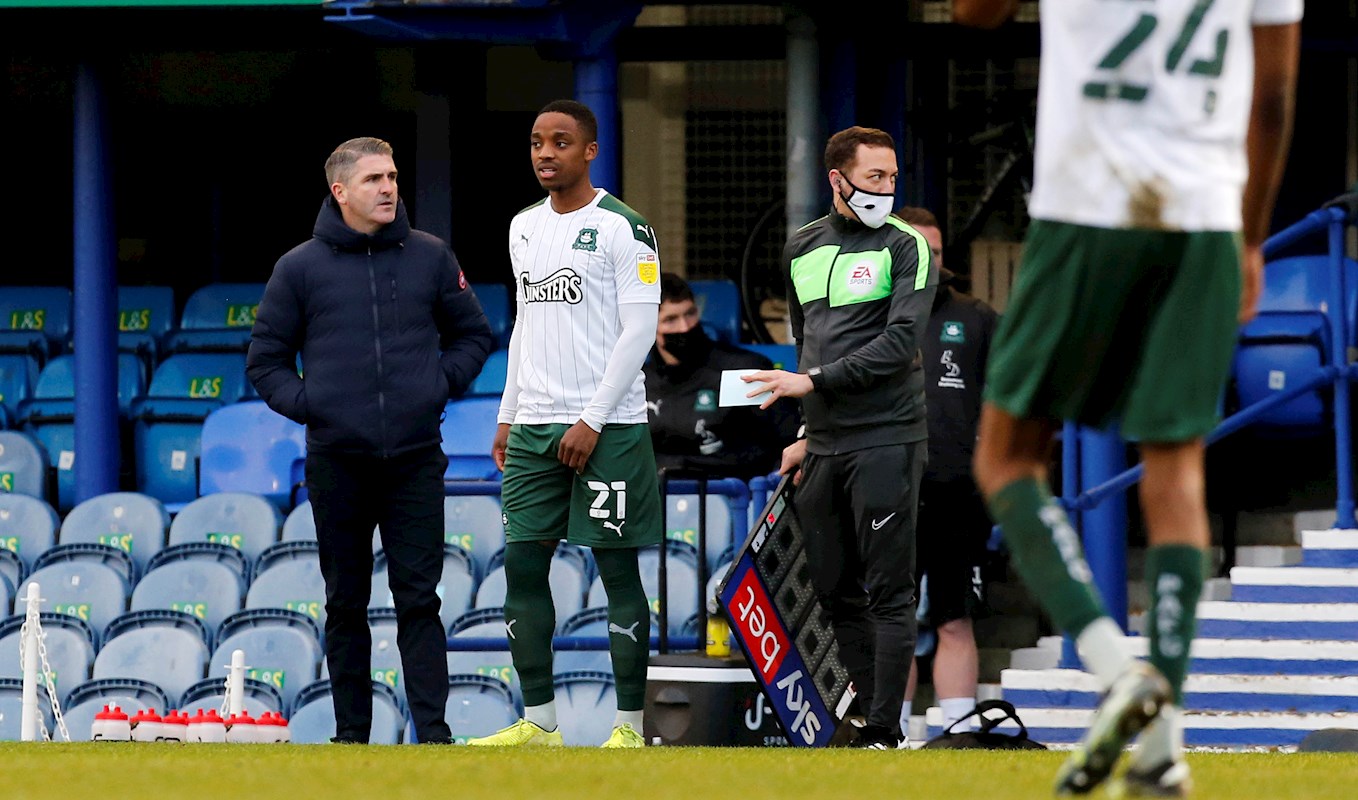 Argyle manager Ryan Lowe is keen not to dwell on the disappointment of conceding late on in the 2-2 draw with Portsmouth at Fratton Park.

Luke Jephcott’s second-half double looked to be sending the Greens to a memorable victory over their promotion-chasing opponents, but two late goals for the hosts ensured the points were shared at Fratton Park.

“We’ve got to take the positives out of it, not many teams will come to Portsmouth and do what [we] did to them today. The lads gave everything out there. We were hard done by a little bit, a mistake for the first [Portsmouth goal] and the second one, the two centre halves stayed up in our area and found themselves free in the box when the cross came in.”

The late Pompey fightback put a dampener on what was otherwise an excellent performance on the road, and the Pilgrims’ manager is maintaining a long-term perspective on the Greens’ overall progress.

He said: “I think a few months ago we probably could have conceded more.

“We were solid, we were resolute, and that’s the pleasing thing because the lads have been working hard. I feel for the lads, they were disappointed, all of them, but I’ve said, ‘you need to pick that up now and keep going.’

“They’ve [Portsmouth] got some fantastic quality. If we had seen it out at 2-1, it would’ve been a fantastic performance and a fantastic result.”

The draw means that the Greens’ unbeaten league run stretches to six games, and lifts them into the top half of the Sky Bet League One table. With two wins in their last three away games, the Pilgrims are in good shape ahead of Tuesday’s trip to Accrington Stanley – and Lowe knows that his players will learn important lessons from their experience against Pompey.

He said: “They will learn that they can be a little bit better in certain areas, in certain elements of the game, whether it’s a ball down the side or whether it’s clearing your lines.

“They will get all the clips sent to them tonight and they can watch them tomorrow, and we will have a chat on Monday at training. I know for a fact the lads will learn, and we will keep going and keep building.”