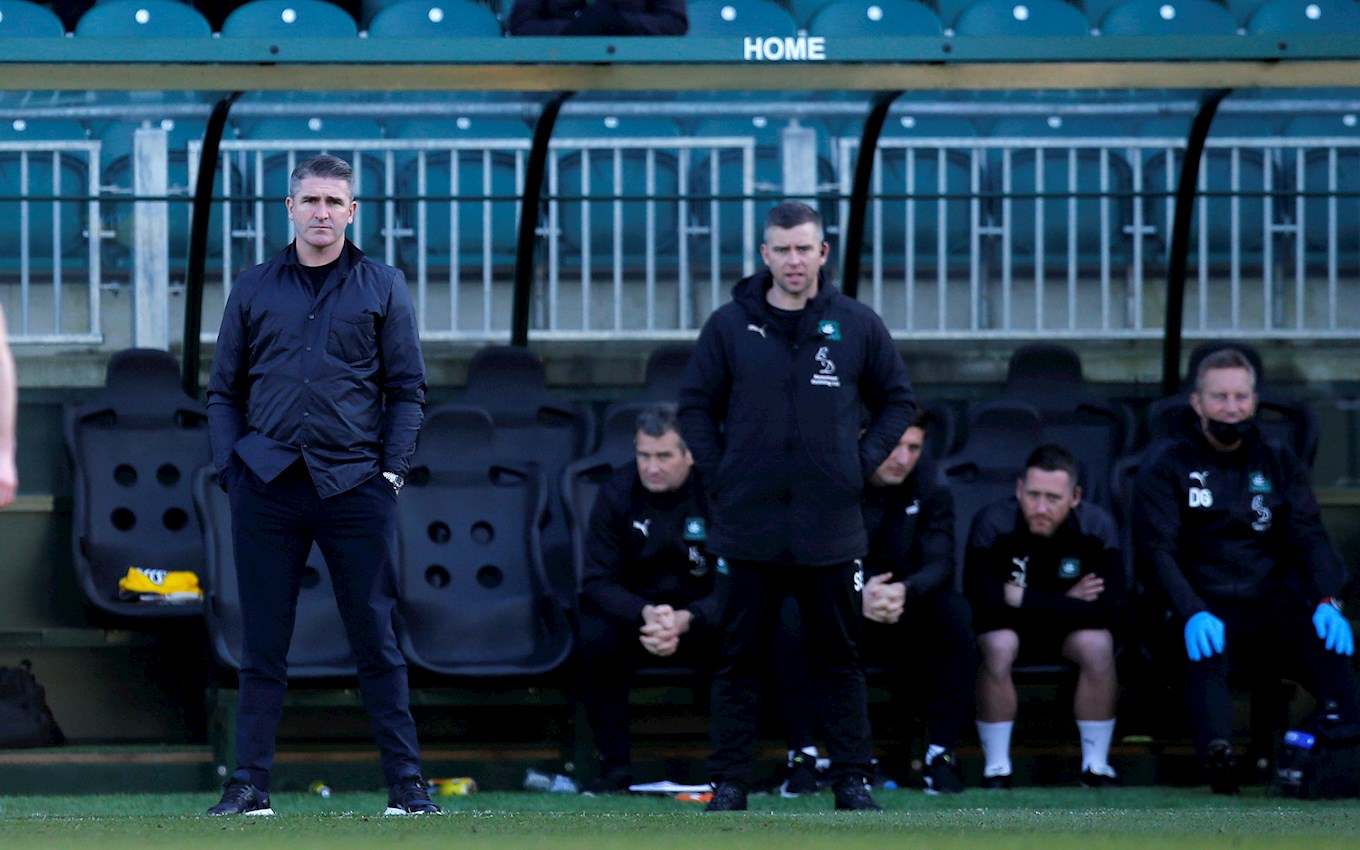 Argyle manager Ryan Lowe expressed pride in his team after the Pilgrims came out on top in a seven-goal thriller against Sky Bet League One promotion hopefuls Lincoln City at Home Park.

Joe Edwards’ stoppage time winner sealed the come-back for the Pilgrims, who trailed 3-2 deep into the second-half, having initially led 2-0.

Early strikes from Kelland Watts and Danny Mayor placed the Greens in a commanding position, only for Connor McGrandles and a pair of Jorge Grant penalties to turn the game on its head.

The pendulum swung back in Argyle's direction 13 minutes from time, with Conor Grant’s strike appearing to take a deflection off Edwards on the way in, before the skipper struck a stunning winner at the death.

Lowe said: “The character, the energy and the desire the lads showed is the three things I asked for before the game.

“When you’re coming up against a top team in Lincoln you have to make sure you’re on your mettle. They’ve all been superb, and today I thought we were worthy of the early two goals.

“We asked for energy because [Lincoln] are a good team, they play with a lot of energy and they’ve got a lot of quality in the front part of the pitch. We had to make sure we withstood that, and their pressure, and we did.

“We want to win these games of football, and to show the character and the desire and the energy to get back in the game was a different class. Joe’s winner is worthy of winning any game, so I’m really pleased that the lads got a fantastic three points.”

The Green Army’s absence from Home Park for such a dramatic moment was perhaps the one notable down side from an otherwise outstanding afternoon, from an Argyle perspective.

Speaking on the supporters, Lowe said: “I know they’re not here for now, but they will be back soon, and if we keep progressing and keep coaching the players to the best of their ability, keep putting on shows like that, there will be a lot more moments like that at Home Park to come.

“[First team coach Kevin Nancekivell] said ‘if the fans were in, that would have been spectacular’.  To share those moments, they’re what you want.

“We got a little bit carried away [on the touchline, when the fourth goal went in], they [the players] were all running over to us but I’m trying to focus them, and I’ve told them to make sure they’re solid, because you have to be careful. [Lincoln] could’ve potentially had another opportunity to make it 4-4, and that’s what we didn’t want. We made it solid for the last six minutes and saw it out.

While the win over the Imps is sure to put smiles on the faces of the Green Army over the weekend, Lowe is keen to keep his troops focused ahead of Tuesday’s trip to Northampton Town.

Lowe said: “I’ll keep them grounded, we’re not going to set any benchmarks, or any tallies, we are just going to keep going about our business. We’ve got fourteen games to go, we can focus on Northampton now, that’s going to be another tough encounter but it’s one we are looking forward to.”