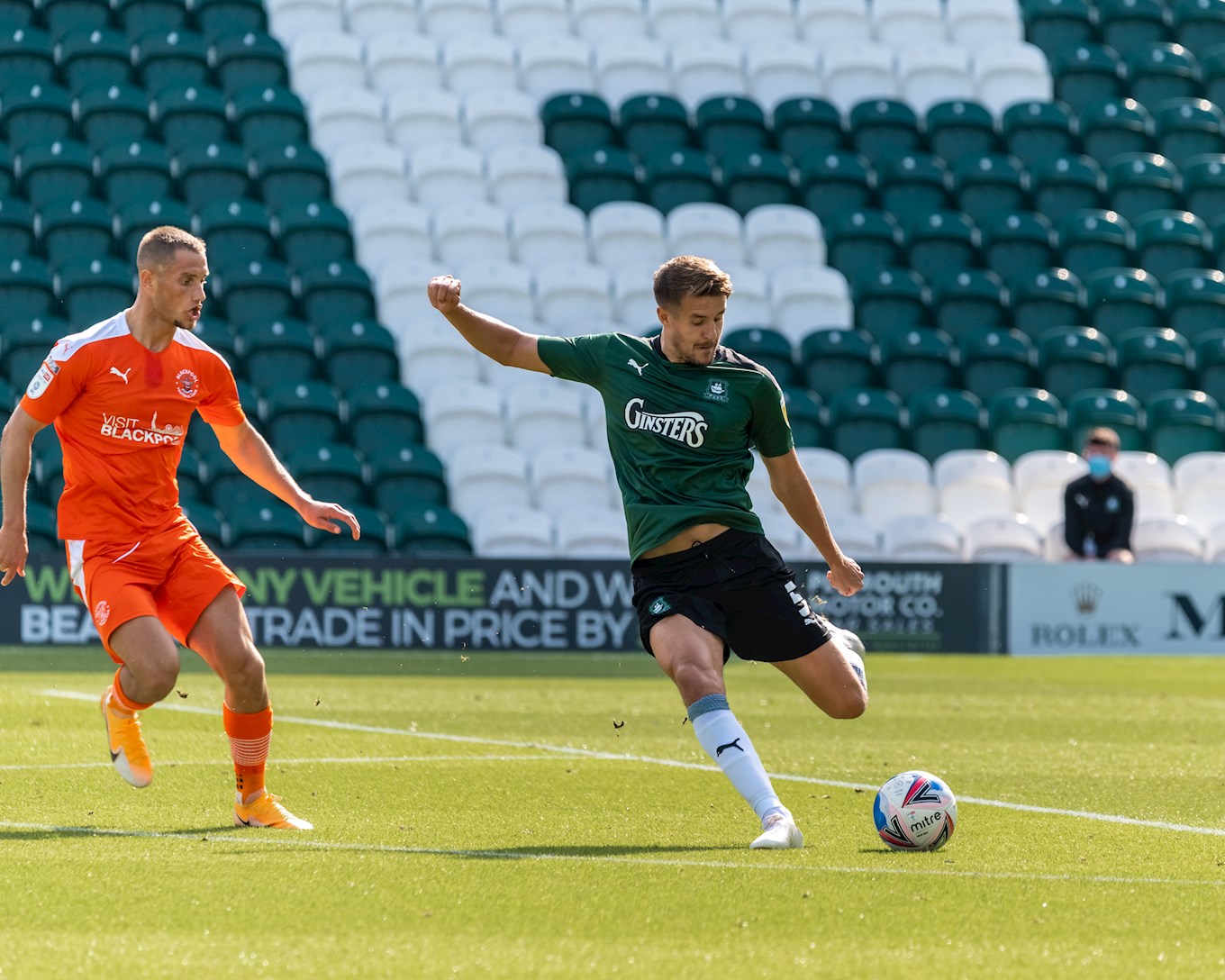 Scott Wootton has joined fellow Sky Bet League One side Wigan Athletic on loan until the end of the season.

The Manchester United Academy product, 29, joined the Pilgrims in 2018, having left Milton Keynes Dons in the off-season.

An injury-hit 18/19 campaign left Scott with limited first-team action at Home Park, but he was given a new lease of life by the new managerial team of Ryan Lowe and Steven Schumacher, becoming a near ever-present in the Greens 19/20 Sky Bet League Two promotion campaign.

Scott, a former England youth international, has made 68 appearances in Argyle colours, 16 coming in the current campaign, scoring once – in the 2-2 draw with Oldham Athletic at Home Park in September 2019.

Argyle manager Ryan Lowe said: “Scott found his game time a little bit limited at this stage of the season and expressed a desire to move on to get more first-team football.

“We feel that it is best for both parties that he is able to go and try and earn himself a contract for next season, which we were not in a position to offer.

“We thank Scott for his contribution at Argyle, he played an important part in our promotion last season, and we wish him nothing but the best for the future.”