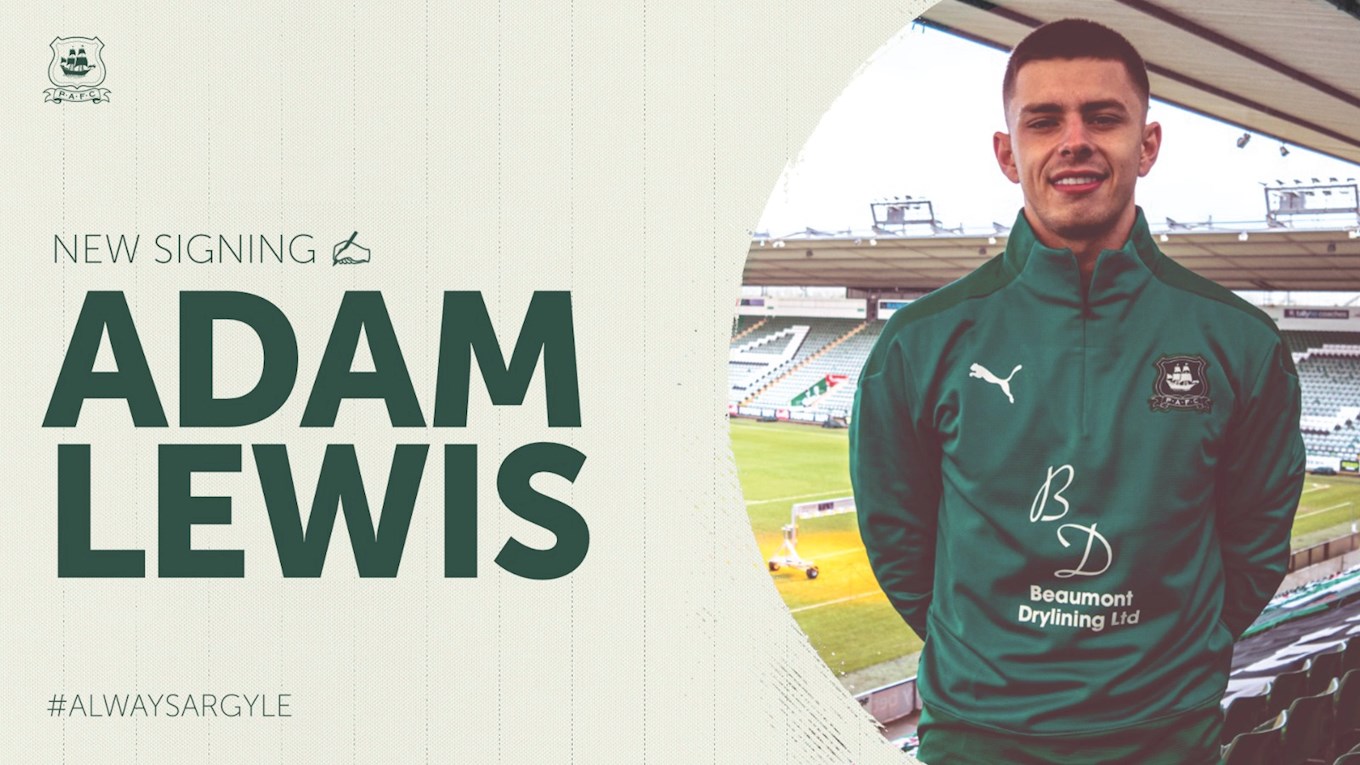 The 21-year-old wing-back, who is capped for England at under-20 level, joins the Pilgrims on-loan until the end of the season.

A product of the Liverpool academy, Lewis is highly regarded behind the scenes at Anfield, and boasts Liverpool icon, and current Rangers manager, Steven Gerrard, as one of his high-profile admirers.

Gerrard spent a spell as Adam's coach in the youth set-up on Merseyside, with the former England captain stating that Lewis was one of the best players going forward he had seen at under-18 level.

Having sufficiently impressed, Adam made his senior Reds bow in last season’s Emirates FA Cup fourth-round replay against Shrewsbury Town at Anfield. During the off-season, Lewis’ promising development secured him a long-term deal with the Premier League champions.

Adam joined French Ligue 2 side Amiens SC on-loan for the first half of the 20/21 campaign, where he made nine appearances. He will wear squad no.22 during his stay at Home Park.

If you are interested in sponsoring any of the Pilgrims’ playing squad, or a number of other promotional opportunities at Home Park, contact our commercial team on commercial@pafc.co.uk.