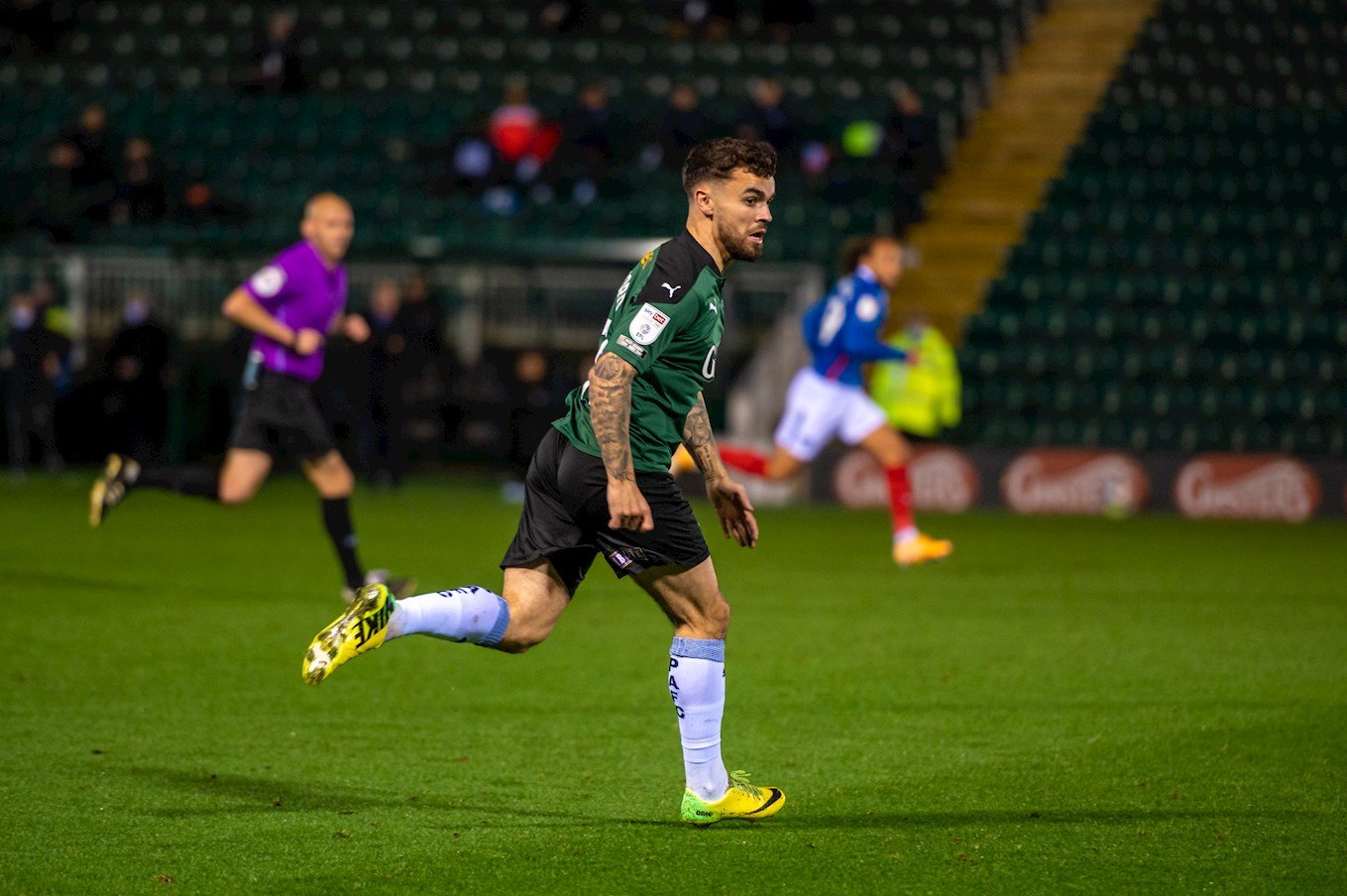 The 24-year-old joined the Greens in the summer of 2019, following manager Ryan Lowe to Argyle after Bury’s promotion from League Two.

In his first season at Home Park, the 19/20 promotion-winning campaign, the Blackpool Academy graduate made 23 appearances – scoring three times, including a memorable opener in the New Year’s Day fixture against Swindon Town in front of 15,000 spectators at Home Park.

Dom made 24 appearances in all competitions this season, opening his 20/21 account with a goal in the Pilgrims’ Papa John’s Trophy defeat to Norwich City, before notching the Greens’ fourth goal in the 4-4 draw at AFC Wimbledon.

In all, Dom made 47 appearances in Argyle colours, scoring five times.

Argyle manager Ryan Lowe said: “We would like to thank Dom for his efforts. He was part of our promotion-winning team last season after joining from Bury.

“He had ups and downs with injuries last season, but, as a lad, his attitude towards training and matches was first-class.

“Dom scored some good and crucial goals for us, but we felt that, this year, with the performances of Luke Jephcott, Ryan Hardie, Frank Nouble, and bringing Niall Ennis in, that he needed to get some games.

“I’m pleased for Dom, he’ll go and score a load of goals and hopefully help get Newport promoted.

“We thank him for his contribution. While he’s been here, he’s been nothing but a class act, and we wish him all the best.”