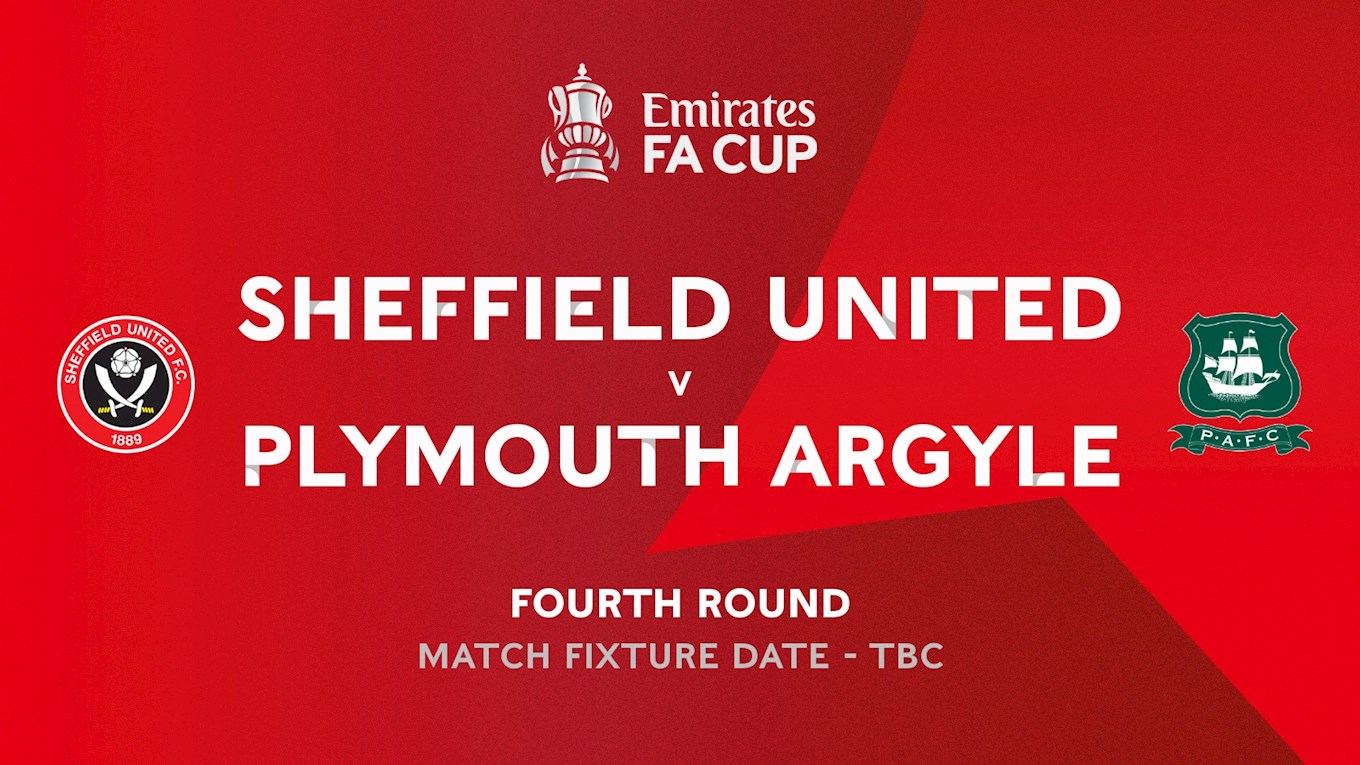 The Pilgrims have been drawn at away to Premier League side Sheffield United in the fourth round of the Emirates FA Cup.

The fixture will be played on the weekend of Saturday, 23 January.

Ryan Lowe’s Greens secured passage to the fourth round of the competition with victories over Charlton Athletic, Lincoln City, and Sky Bet Championship side Huddersfield Town, and it is the first time Argyle have reached this stage of the Emirates FA Cup since 2008.

Their opponents, Chris Wilder's Blades, reached the fourth round with a 3-2 victory over Bristol Rovers on Saturday.

The winner of the fourth-round clash at Bramall Lane will host either Millwall or Bristol City in the fifth round, which is scheduled to be played on Wednesday, 10 February.